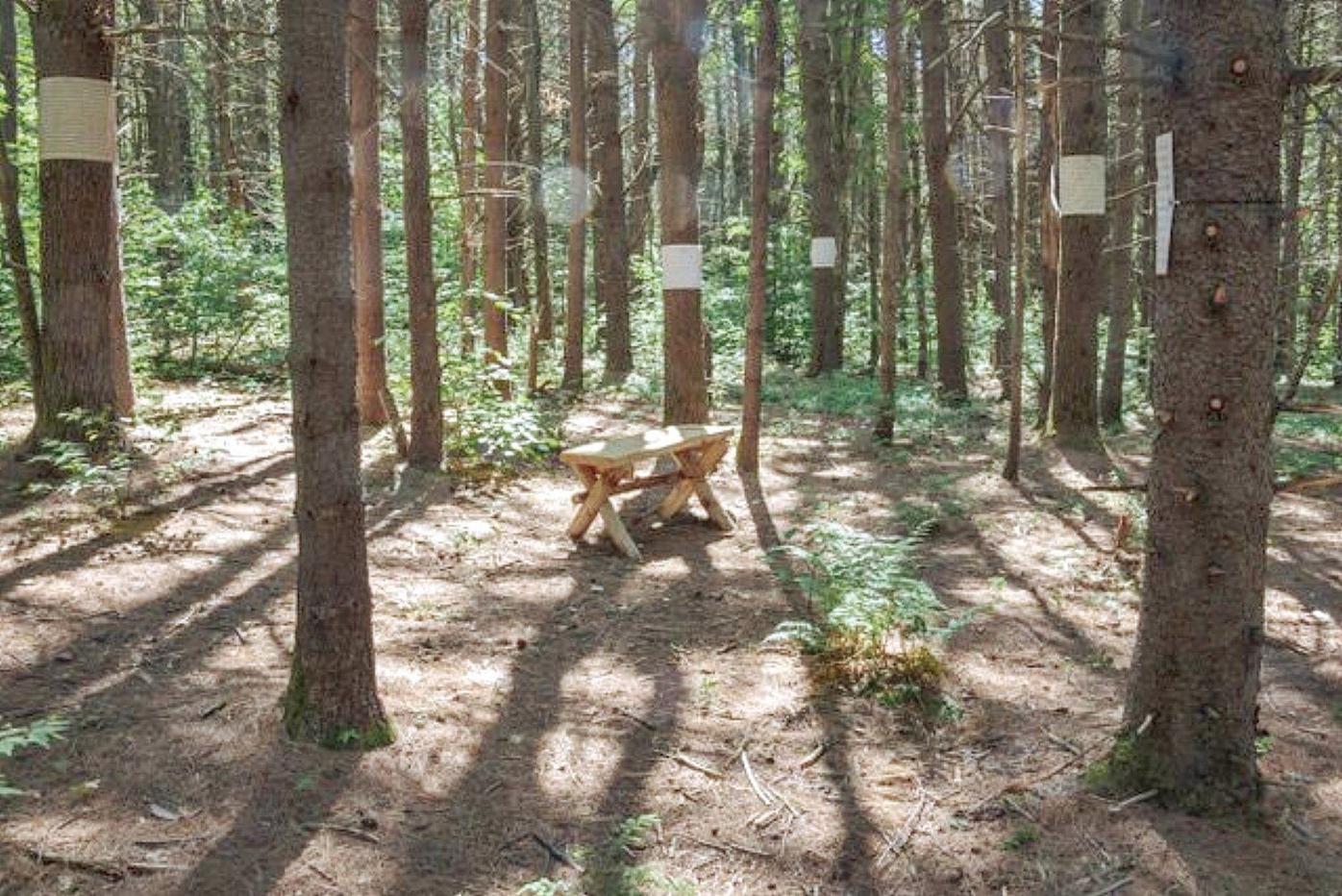 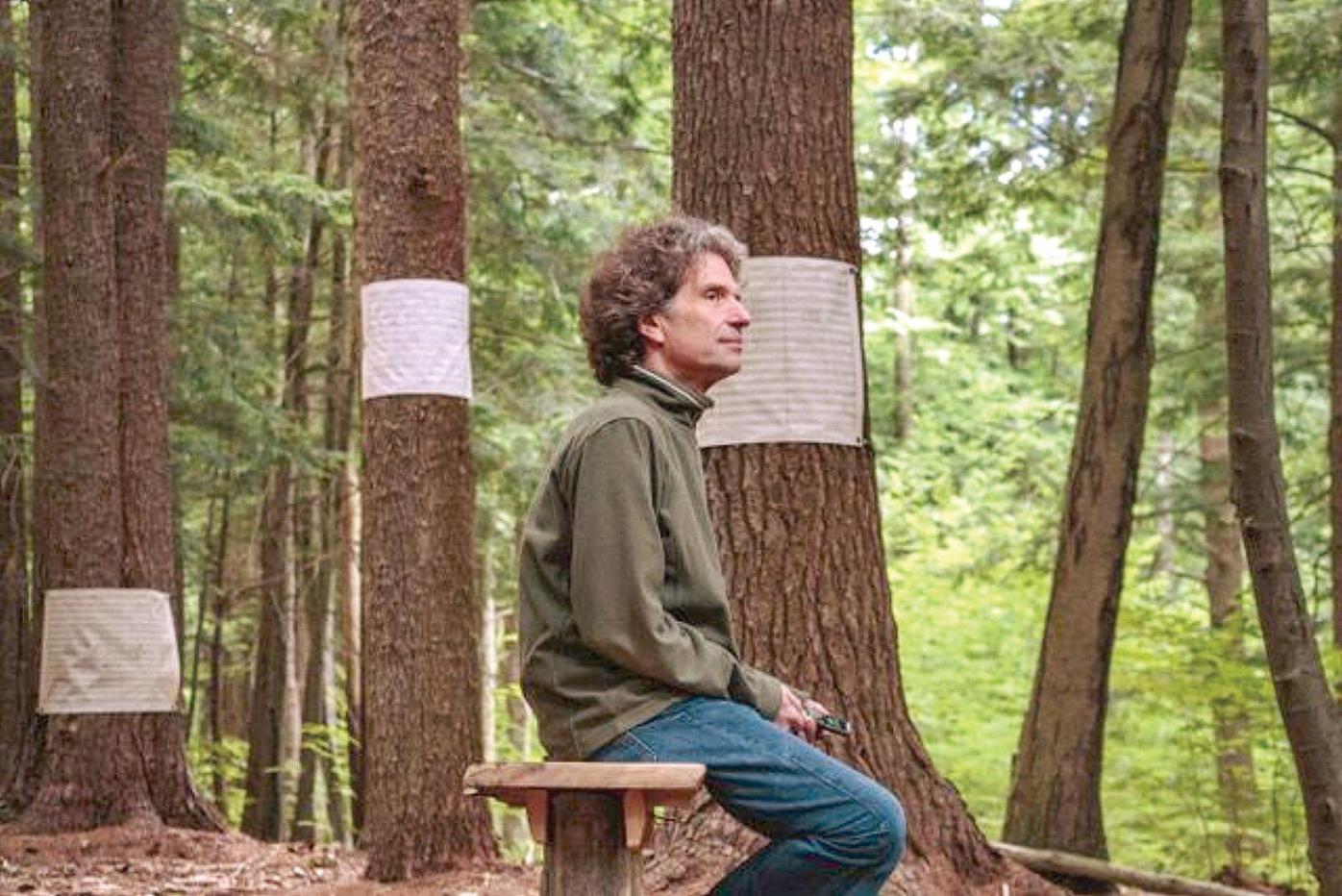 Seth Knopp is the creator of "Beethoven Walks." 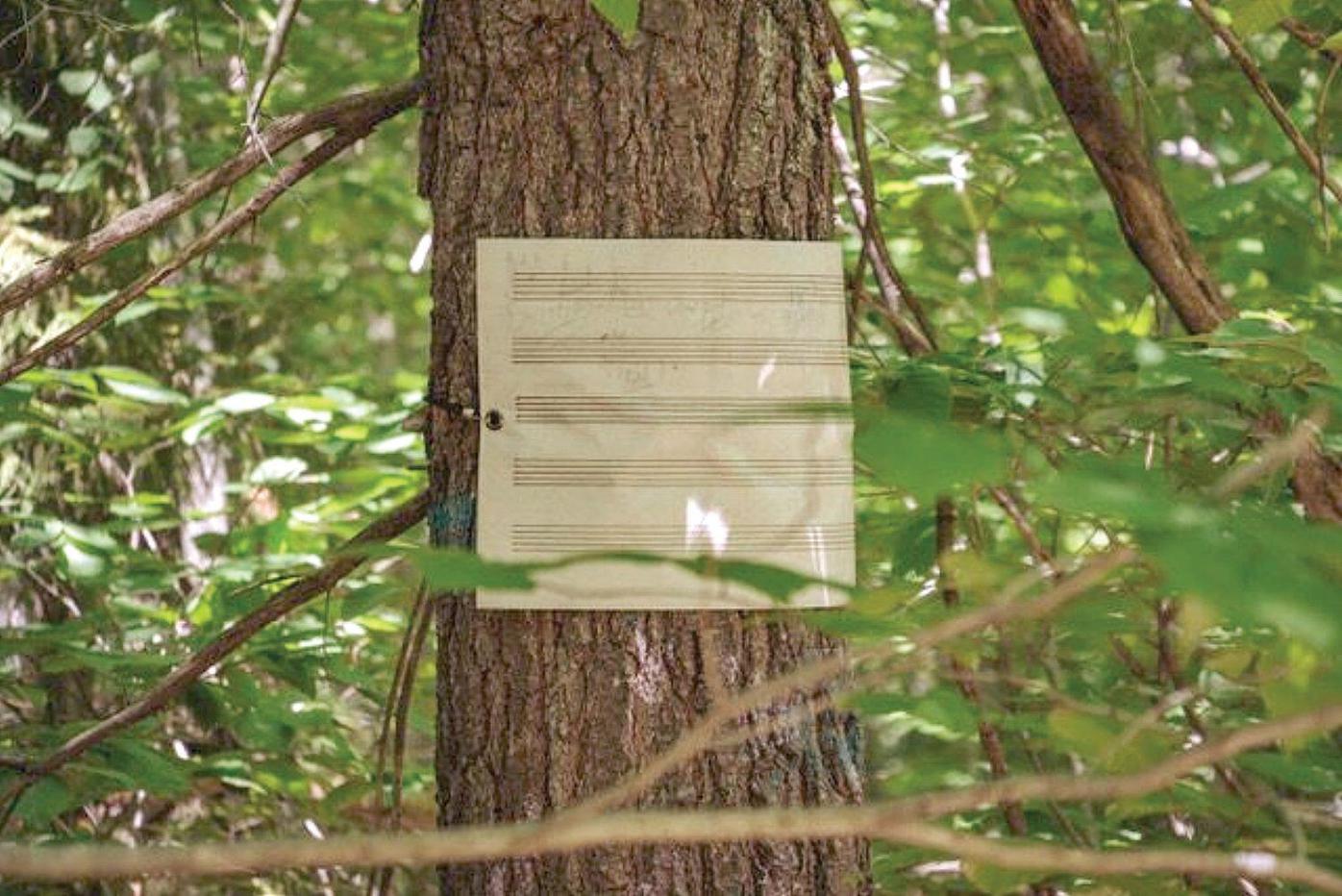 Seth Knopp is the creator of "Beethoven Walks."

"Beethoven Walks," a project created by Seth Knopp and produced by Catherine Stephan, augments existing walking trails with reproductions of the late German composer's sketches affixed to trees. Specially built "music posts" on the paths prompt visitors to listen to recordings — accessible via apps for iPhones and Android phones — that match the displayed reproductions.

Knopp and Stephan are staff members of Yellow Barn, an international center for chamber music in Putney, which sponsored the deployment of the first two walks: one at the Greenwood Trail at the Greenwood School, 14 Greenwood Lane, and the Hannum Trail on Putney Mountain, 442 Holland Hill Road. Both are free and open to the public, though the latter trail will close on July 18 at the request of the Putney Mountain Association.

The copies of hundreds of handwritten sketches, bungee-corded to trees at different heights, vary considerably in appearance, ranging from ink blotches to "beautifully notated" manuscripts, Knopp said. Some sketches from Beethoven's Mass in C major "just look like havoc," he added, likening them to a cross between calligraphy and a Jackson Pollock painting.

Taken together, "what comes through for me ... is Beethoven's yearning to communicate," said Knopp, who plans to develop walks in other locales in the future.

The 250th anniversary of Beethoven's birth in December 1770 occasioned the concept. Knopp, Yellow Barn's artistic director, was already in the process of developing a separate project using Beethoven's sketches when the coronavirus pandemic picked up speed in March, prompting him to think the images "would provide some kind of connection to music for people in their solitude." With snow still on the ground, Knopp set out to decide which trails might work best for the installation, which soon became "an obsession," he said.

Stephan, executive director of Yellow Barn, helped to procure photographs of sketches from the Beethoven House in Bonn, Germany, and libraries in Berlin and Paris. She then worked with a designer to format the images on banner material.

In addition to musical excerpts, the apps feature detailed directions to the trailheads and guidance on how best to enjoy the walks. "The natural world of the trail is Beethoven's inspiration and your concert hall," instructions read. "Beethoven's musical sketches and manuscripts of his compositions are meant to heighten your awareness of its beauty and how it might have moved him."

The walks were developed over months with help from a team of more than a dozen people, including woodworker Michael Kohout, who constructed benches and music posts for the trails, according to information provided by Yellow Barn. "Listening places," or specially cleared areas along the paths, offer opportunities for visitors to linger and attend to the music.

Knopp used surveying tape to mark trees that would eventually host sketches, relishing the challenge of guiding walkers' eyes toward certain perspectives. "It was very painstaking but so rewarding," Stephan said of the walks' development process.

Knopp said he believes the walks are best done in solitude or with "someone you're comfortable telling you'd like to spend a little more time here."

Visitors have told him that the walks allowed them to forget about coronavirus for a couple of hours, he added.