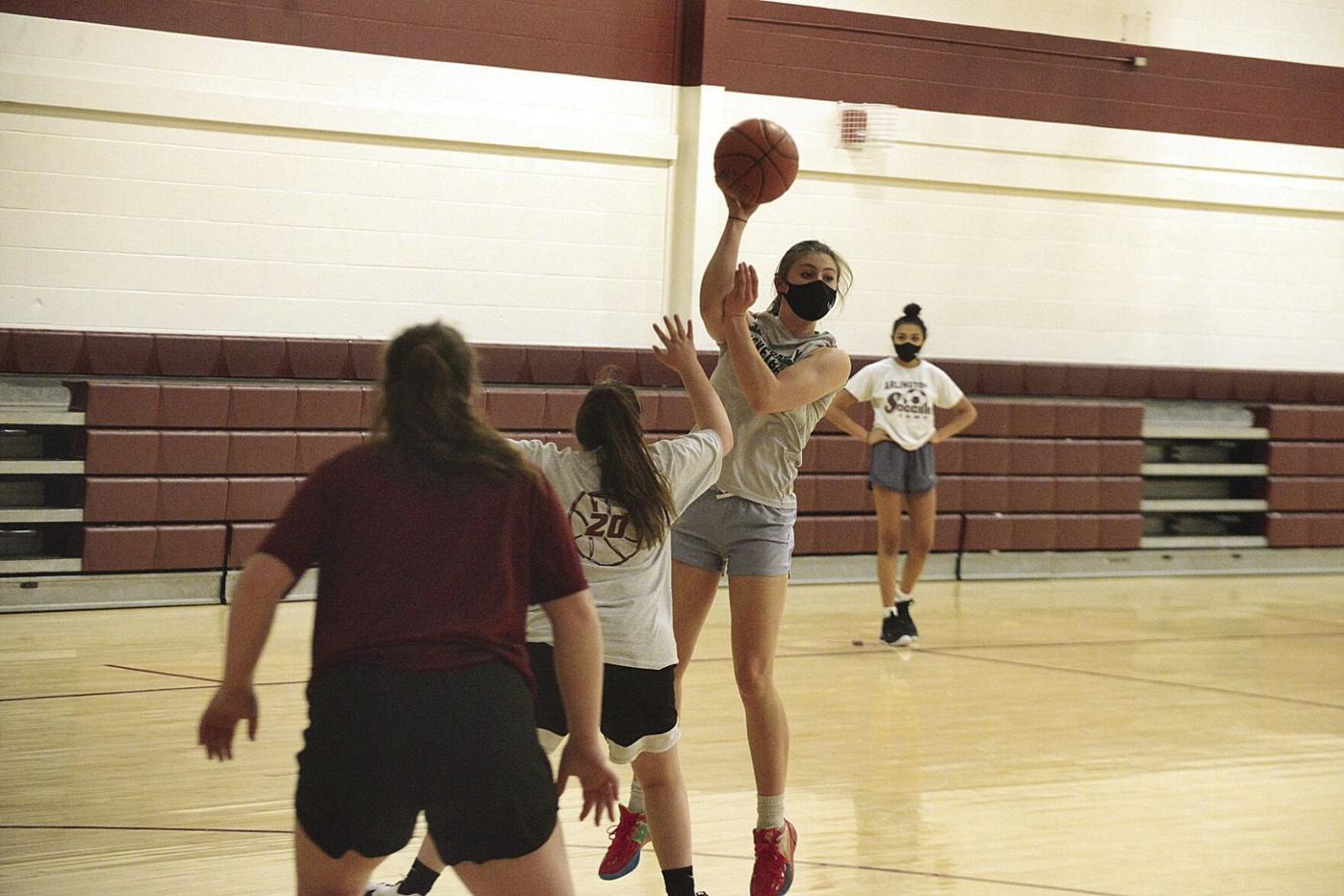 Arlington practices on Tuesday in preparation for its season opener against Long Trail on Friday. 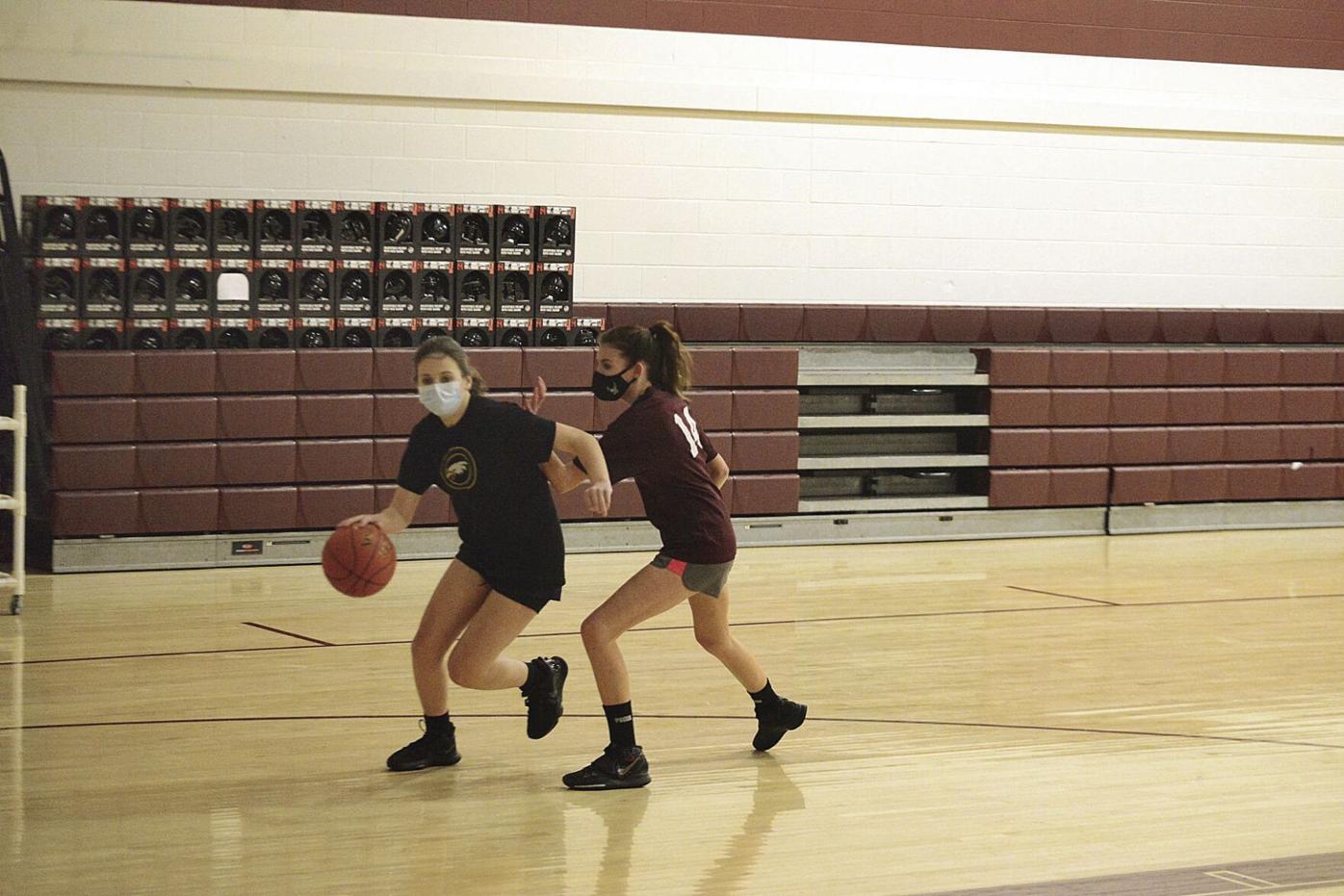 The Arlington girls basketball team will begin its season on the road on Friday.

Arlington practices on Tuesday in preparation for its season opener against Long Trail on Friday.

The Arlington girls basketball team will begin its season on the road on Friday.

ARLINGTON — With not a single senior on this year’s team, new Arlington girls basketball coach Mikayla Dambrackas sees this season as one for the team to grow together.

“Definitely taking it one step at a time,” the Eagles coach said. “We have no seniors. We have some middle schoolers playing, they’ve done really well. It’s really exciting because then they’re going to be together for the upcoming years.”

With the season being delayed and contact practices not allowed until January this year, Dambrackas believes that extra time working on the fundamentals of the game could prove beneficial for Arlington this season, as well as years to come.

“They’ve been so excited to be able to kind of put all those individual skills together and work as a team,” she said.

Arlington’s roster is practically position-less, according to the first year coach.

“What’s great about our team is I found that anybody can play anywhere,” Dambrackas said. “I can stick anybody in whatever position and be able to move around on the outside [or] go in on the inside.”

Dambrackas wants to see how her team reacts in a game-situation before sticking to a definite starting lineup.

“Depends on the work ethic and how I see them mold together once you get into a game situation,” she said. “I see some players who stick out and could be leaders for sure.”

One of those players is freshman Sidney Herrington. Dambrackas said Herrington has a “strong personality.”

“She can lead the team, get everybody where they need to be and handle the ball really well,” Dambrackas said.

The Eagles have six middle schoolers on this year’s team, which equates to more than half of the total roster of 11 players. Dambrackas sees one eighth grader in particular — Taylor Wilkins — as another key piece to this year’s Arlington squad.

“Strong ball handler, so I see her bringing up the court,” Dambrackas said.

The Eagles are coming off a 4-16 season and begin their season with a game at Long Trail this Friday at 5 p.m.