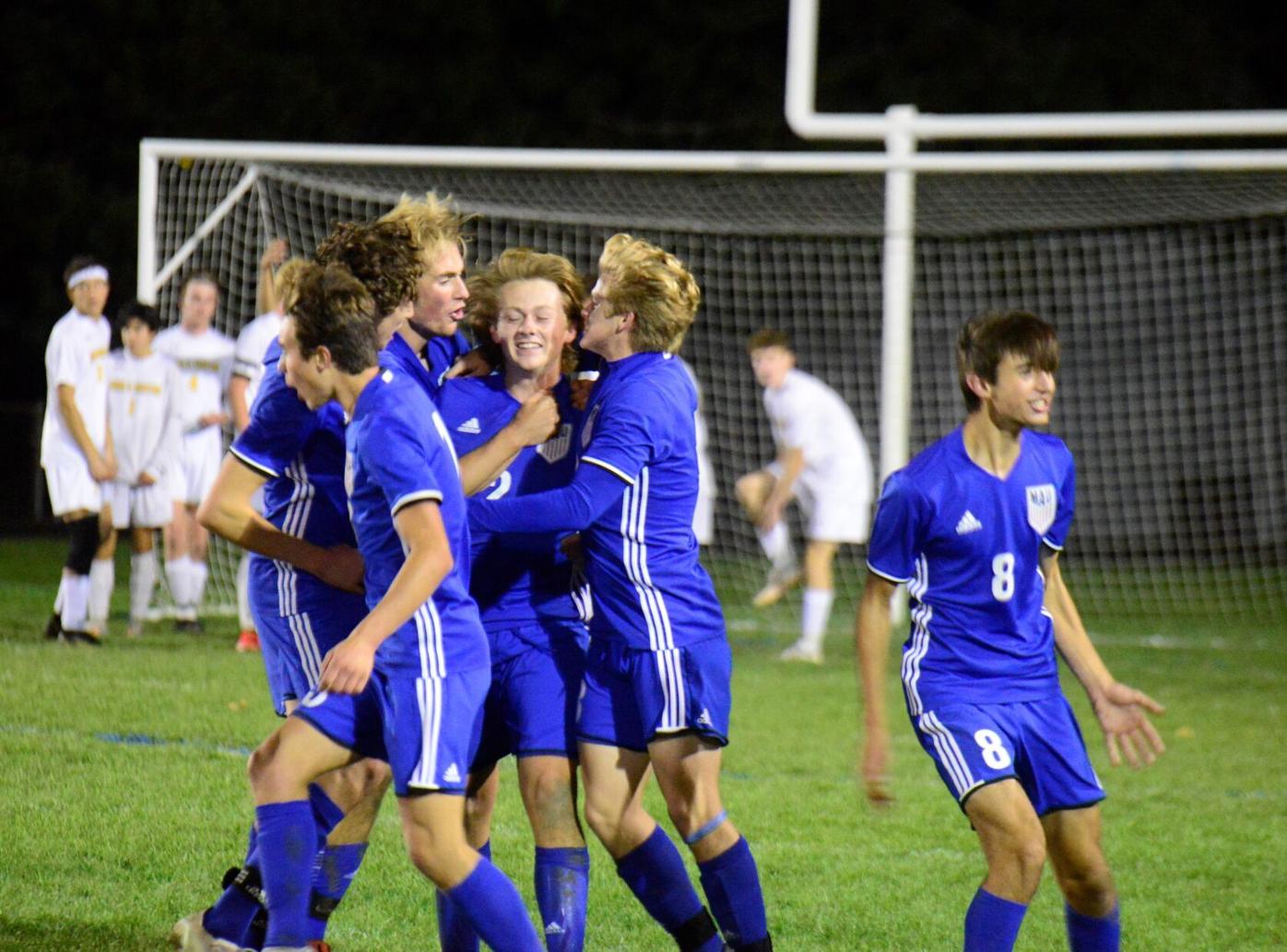 Jake Tibbetts is swarmed by teammates after his second half goal in Mount Anthony's 1-0 win over Burr and Burton Tuesday night. 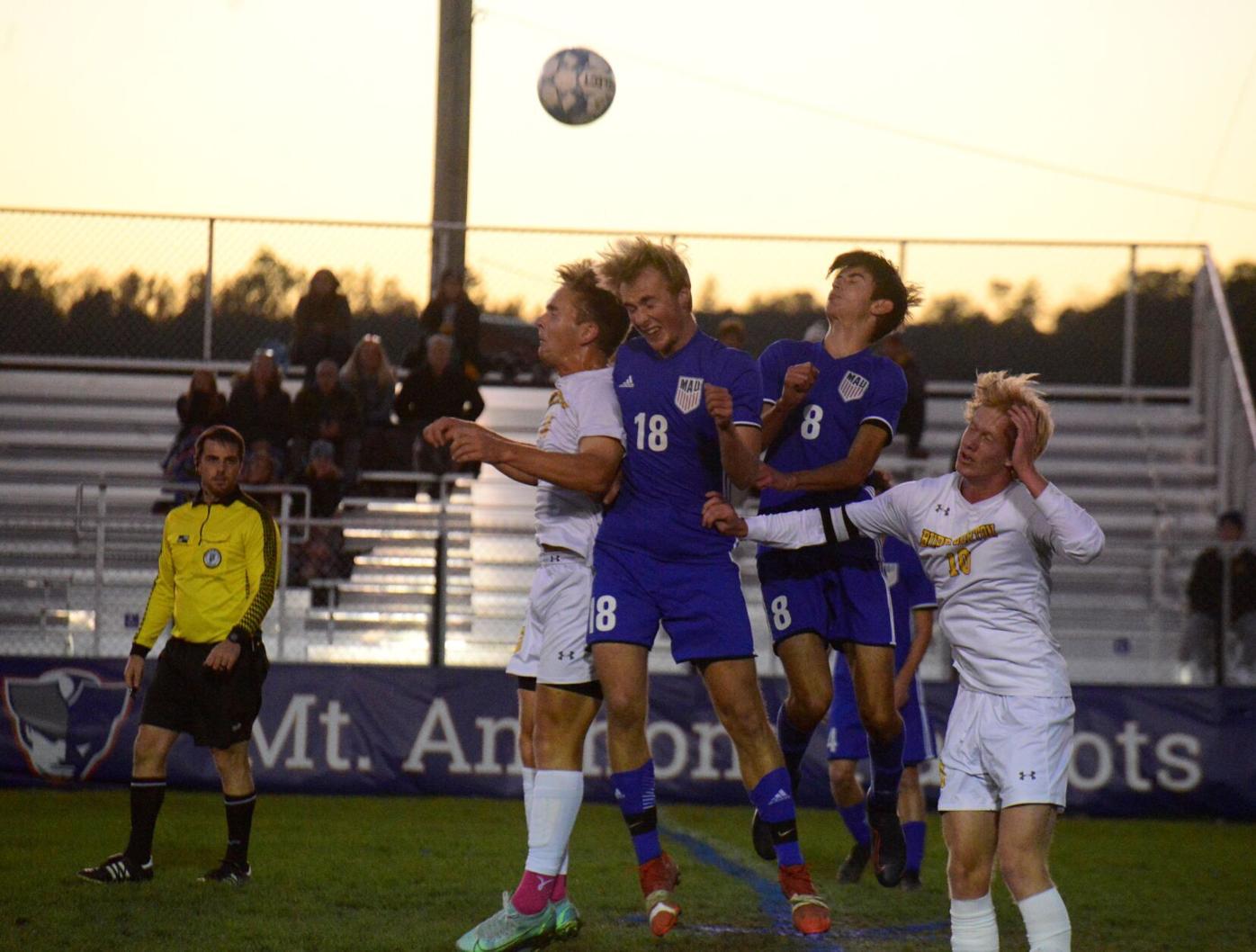 BBA and MAU players battle for a 50-50 ball during the first half of Tuesday's game in Bennington.

Jake Tibbetts is swarmed by teammates after his second half goal in Mount Anthony's 1-0 win over Burr and Burton Tuesday night.

BBA and MAU players battle for a 50-50 ball during the first half of Tuesday's game in Bennington.

Tibbetts hovered near the post late in the second half as Silas Rella-Neill delivered the corner kick directly to his teammate’s right foot. Tibbetts redirected the ball into the net with 13:39 left on the clock, and a MAU squad that had been clawing for a goal the entire game finally got on the board. The senior came through for MAU on senior night, scoring the difference maker.

“That was a big one,” said MAU coach Mike Molloy.

The win marked the seventh in a row for a scorching hot Patriots team. This one, however, was significantly different from the previous six.

The Patriots played in their first game decided by one goal in nearly a month. MAU’s margin of victory in every other contest during the winning streak has been three or more.

Molloy knows that with the playoffs quickly approaching, the days of winning handedly are over.

“We know we’re not gonna win by three (or) four goals for the rest of the season,” Molloy said. “How do you do when adversity hits? What do you do when it’s a one-goal game?”

The Patriots answered those questions on the field Tuesday night. After the score, MAU controlled play for the bulk of the remaining 13 minutes of action, securing the victory.

“One thing that we train is to try to not give them any opportunities (in those situations),” Molloy said. “If it’s down (on our offensive end), we’ll keep it down here. We were playing for a one (to) zero win, which we’ll take and get out of here.”

The senior combo of Jordan Gardner and Ayden Parizo solidified the back line for MAU. When keeper Aiden Moscarello was tested, which wasn’t often, he came up with the save.

BBA’s Emmett Edwards had a fantastic game protecting the Bulldog net. MAU looked poised to score eight minutes into the contest as Tibbetts tested the keeper, but Edwards came up with a diving save. The rebound bounced to MAU’s Tristan Gardner in front of the net for another opportunity. Gardner flicked the ball into the air, but Edwards (11 saves) quickly jolted off the ground and snagged the ball in mid air.

Cam Cummings was around the ball often for the Patriots, flipping the field and putting his teammates in good positions throughout the game.

The Patriots wrap up their regular season Thursday at 6 p.m. in Hartford, while the Bulldogs host Woodstock Friday at 4 p.m. for their season finale.