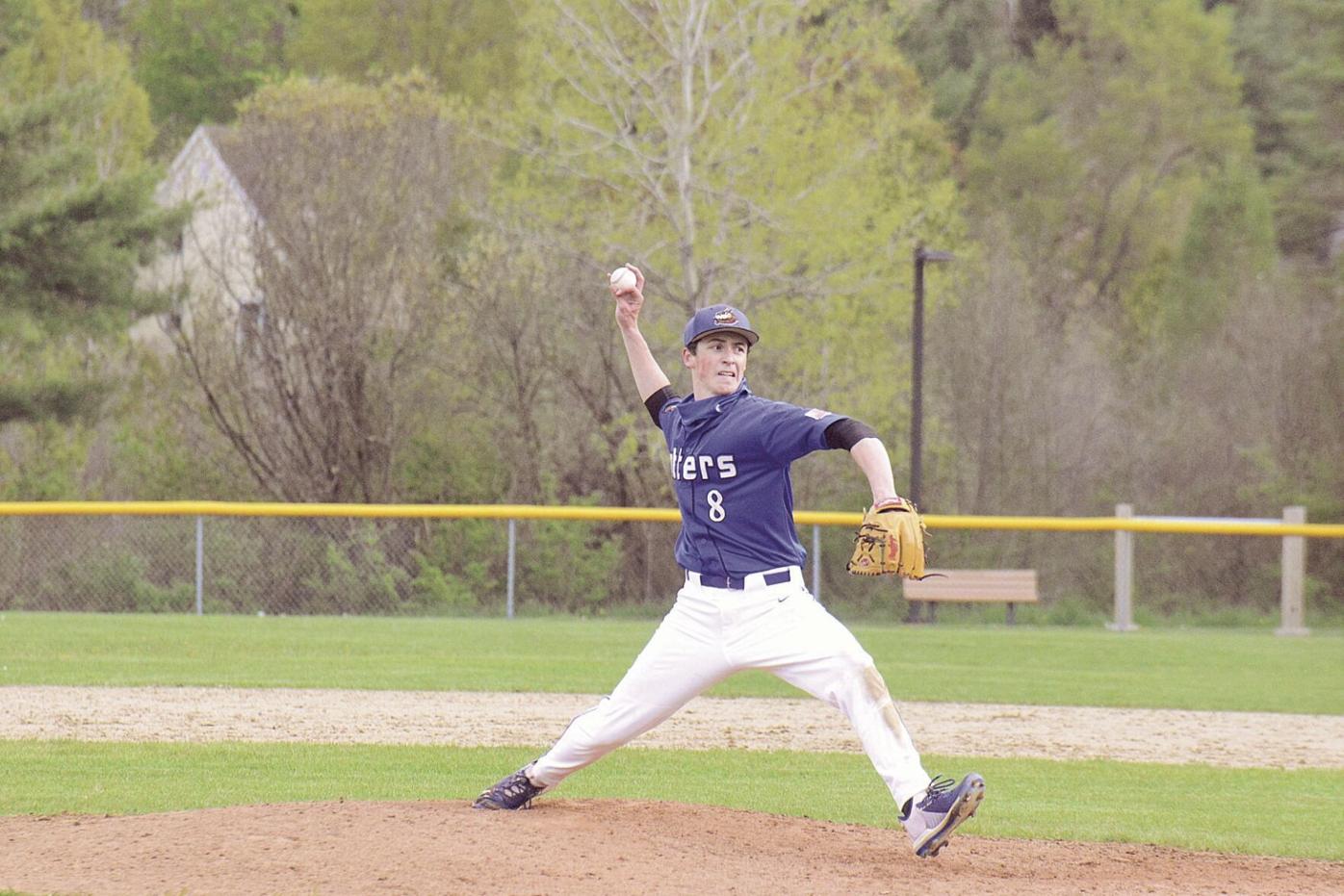 Otter Valley’s Fraser Pierpont delivers a pitch during his team’s 2-0 win over BBA on Monday. 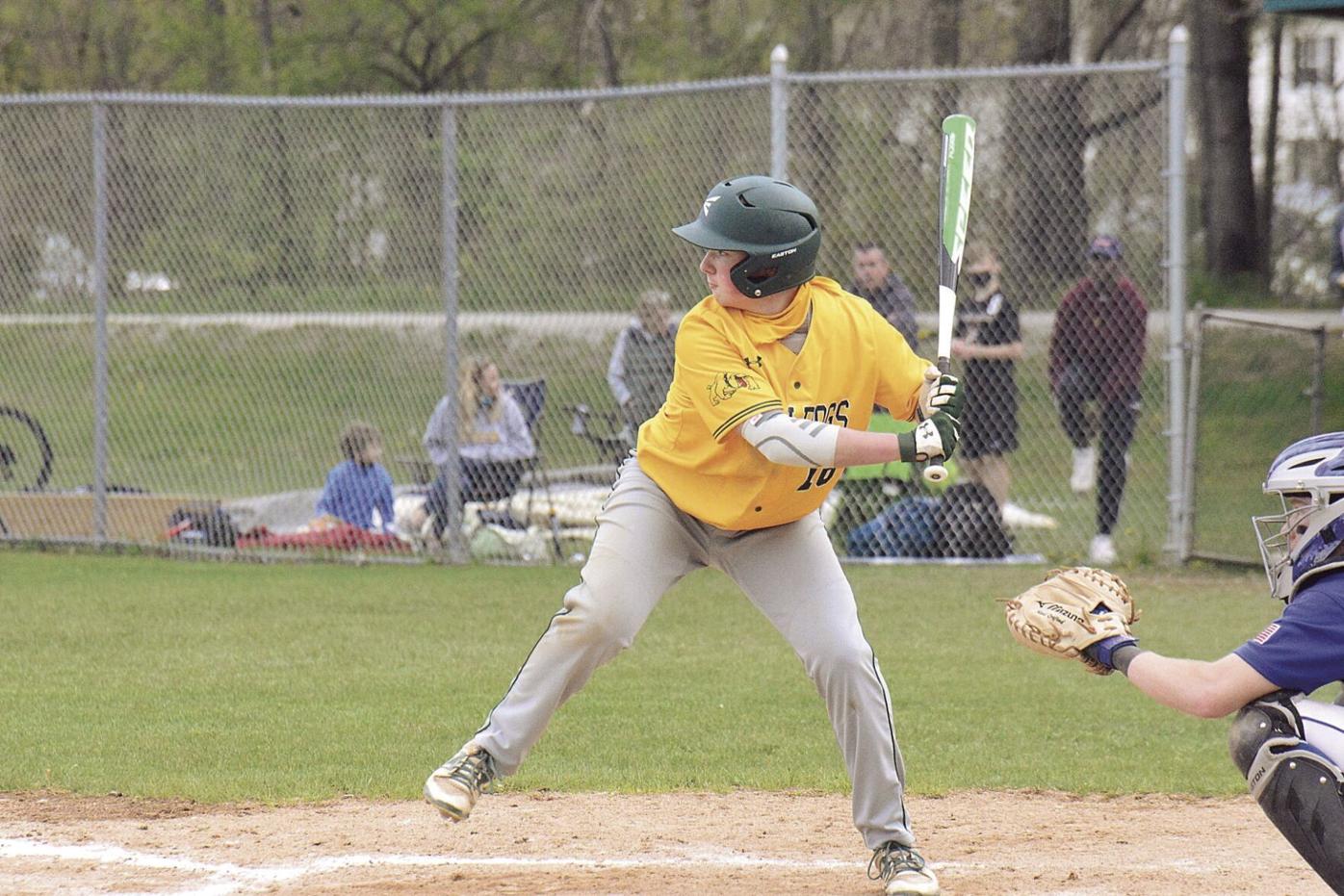 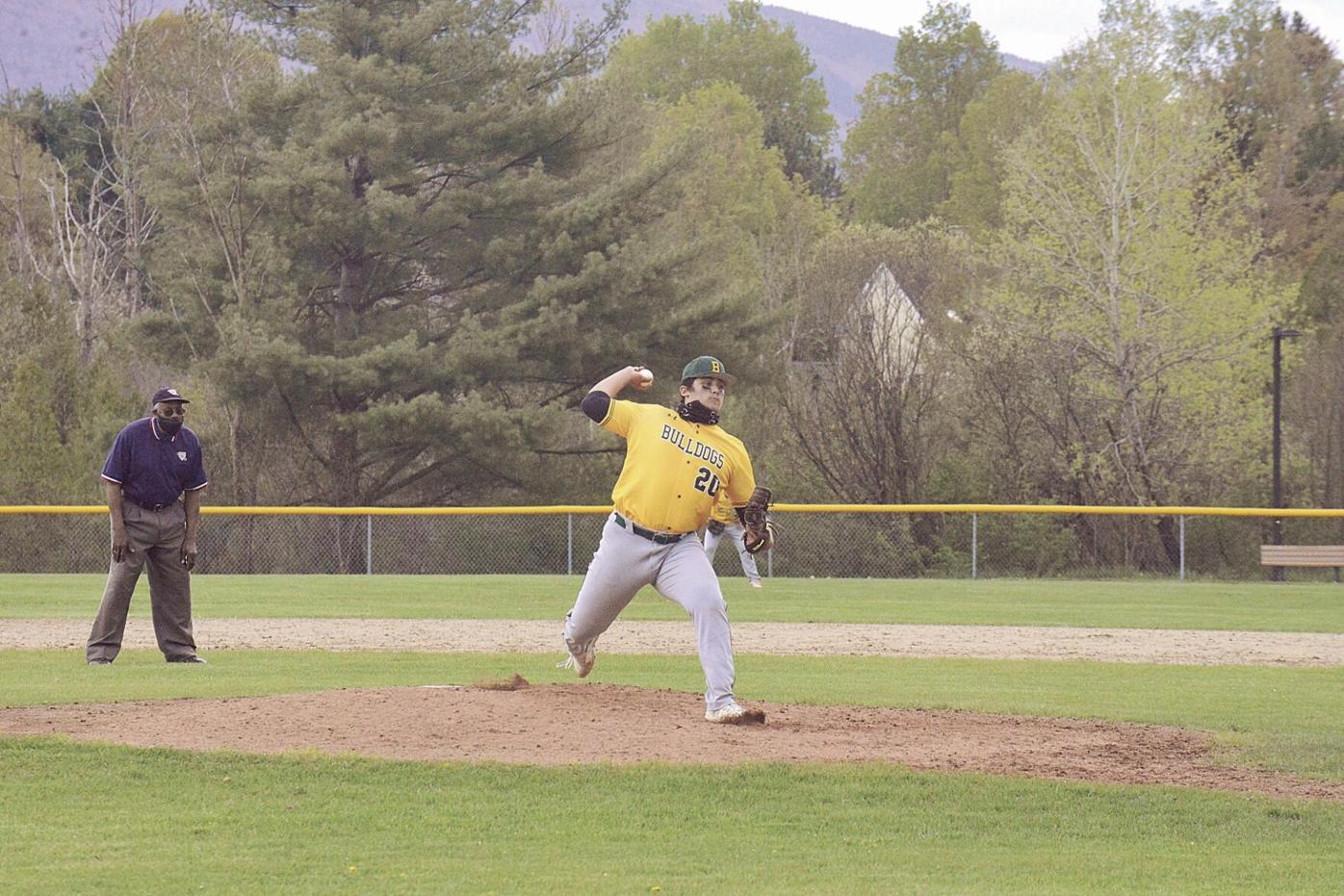 Danny Scarlotta fires a pitch during the second inning of BBA’s 2-0 loss against Otter Valley on Monday.

Otter Valley’s Fraser Pierpont delivers a pitch during his team’s 2-0 win over BBA on Monday.

Danny Scarlotta fires a pitch during the second inning of BBA’s 2-0 loss against Otter Valley on Monday.

MANCHESTER — Fraser Pierpont threw a gem against Burr and Burton on Monday, leading Otter Valley to a 2-0 win over the Bulldogs.

Otter Valley’s ace went the distance, allowing just three hits all afternoon while striking out four. Pierpont was in and around the strike zone constantly, only walking two batters through his seven innings of work.

The right-hander used a curveball and changeup to keep BBA off balance all afternoon.

“He did a good job pitching today,” BBA coach Ed Lewicki said of Pierpont. “It wasn’t the fastest kid we’ve seen all year but he was always around the zone.”

Leadoff man Coleman Reece started BBA’s day at the plate on a positive note, reaching first on a throwing error by Pierpont.

Reece advanced to second on a groundout by Nate Smilko, giving BBA a runner in scoring position with one out. Pierpont settled in to strike out Sam Steinman and Will Addington to get out of the inning unscathed.

The Bulldogs didn’t know it, but that would be one of their best opportunities in the game to cross the plate.

Reece was the lone Bulldog to reach third base. He did so in the third after drawing a leadoff walk, advancing to second base on a ground out and then to third with two outs on a wild pitch.

Reece was stranded on third as Pierpont forced Jack McCoy to ground out to second.

The only other Bulldog to make it into scoring position was Max Bronwlee in the second inning. After reaching safely on a fielder’s choice with two outs, Dylan Poddick advanced Brownlee with a single that found a hole on the left side of the infield. Danny Scarlotta then stepped up to the plate with two on, and made stro ng contact. A fly ball to dead center didn’t have enough under it, and landed in the center fielders glove near the fence.

BBA turned to freshmen Danny Scarlotta on the mound. Scarlotta pitched a clean first inning, retiring the side in order.

Scarlotta found himself in trouble in the second, allowing the first three batters to reach the bases, loading the bases with no outs.

Pierpont nearly helped his own cause in the inning, ripping a ball to right center that nearly cleared the fences, ultimately winding up as a double.

After Scarlotta’s first pitch to Otter Valley’s Parker Todd bounced in front of the plate, Lewicki called time and went to the mound to calm down his pitcher. His message to Scarlotta was a simple one.

Scarlotta did just that, his next pitch was right over the plate and Todd was early on the fastball, popping it out to short left field for the first out of the inning.

He then forced a ground ball to short on the next batter, and BBA turned the double play getting Scarlotta out of the threat without allowing a run. That wasn’t the only jam BBA pitchers got themselves out of. Otter Valley once again loaded the bases with no outs in the fifth inning and Addington on the mound for BBA. Addington allowed one run, a one-out Polli sacrifice fly, but still managed to keep BBA within striking distance down 2-0.

A leadoff strikeout an inning earlier provided Otter Valley with its first run of the contest. Alex Polli hustled down the line after a dropped third strike and beat the throw to first to reach safely. Polli came around to score later in the inning thanks to a couple passed balls and a wild pitch. That gave Otter Valley an 1-0 advantage.

BBA had a chance in the bottom of the seventh. Pierpont caught Brownlee looking for strike three to begin the inning, but Poddick once again found a way to reach base, this time on a short dribbler down the third base line.

With the tying run at the plate, Lewicki turned to Jakob Crossman to pinch hit. Crossman made solid contact, but it was right at Otter Valley’s second baseman, who was able to turn the game-ending double play.

“For this team to have 13 hits Saturday against a good pitcher from MAU and to come out here and (only have three today), to me, it’s unacceptable,” Lewicki said. “We have to have better approaches at the plate.”

Lewicki was nervous pregame about his team overlooking Otter Valley, a Division II opponent with a .500 record, after knocking off previously undefeated MAU just two days prior

“I tried to talk to the boys while they were doing their infield and outfield (warm ups) like, ‘guys just because they’re three and three, we don’t overlook anybody.’ And I told them we were getting their best kid on the hill, which we did and we just weren’t ready to play,” Lewicki said.

The Bulldogs (4-4) will have two days to figure things out before hosting Rutland at 4:30 p.m. on Thursday.