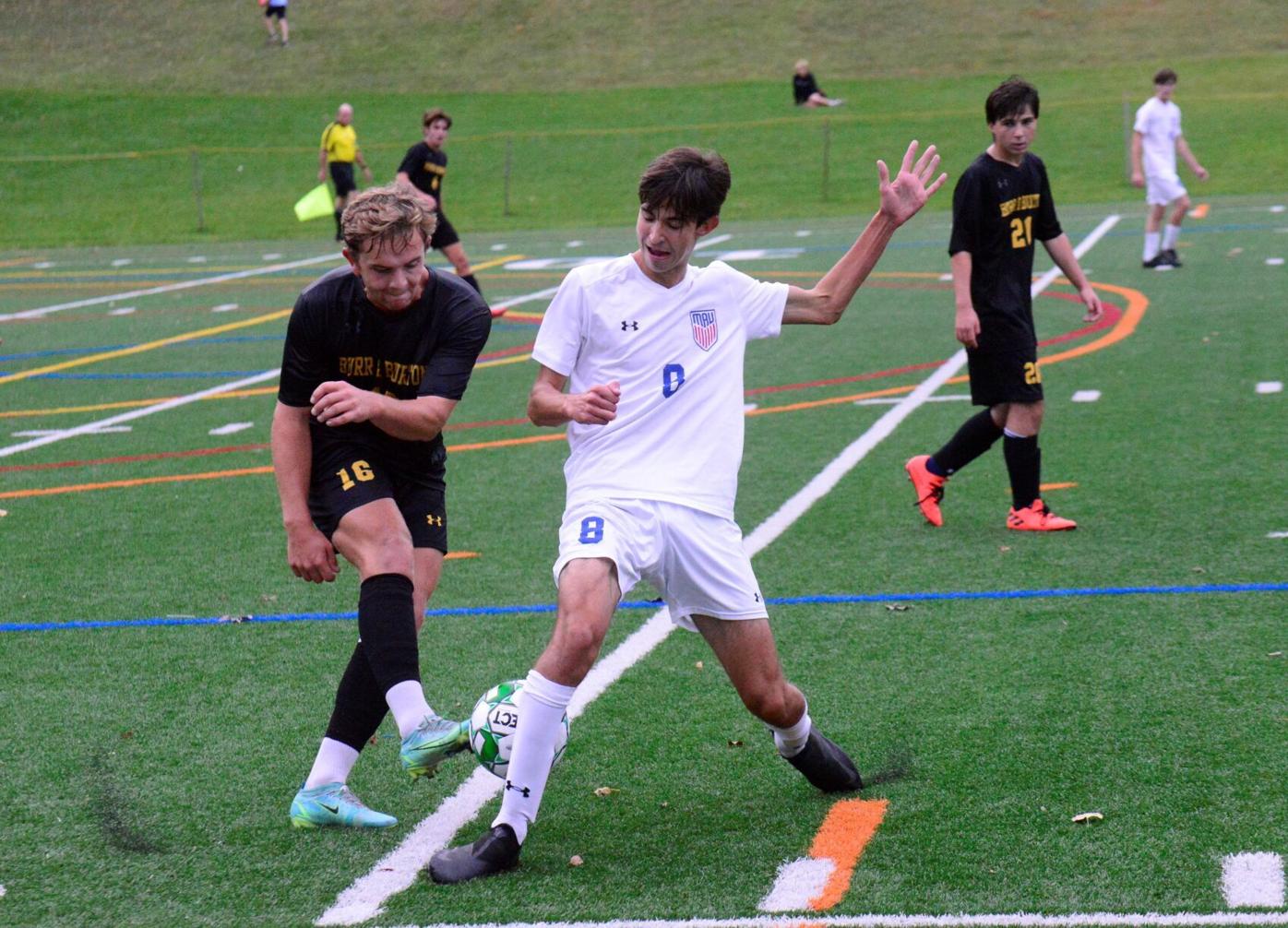 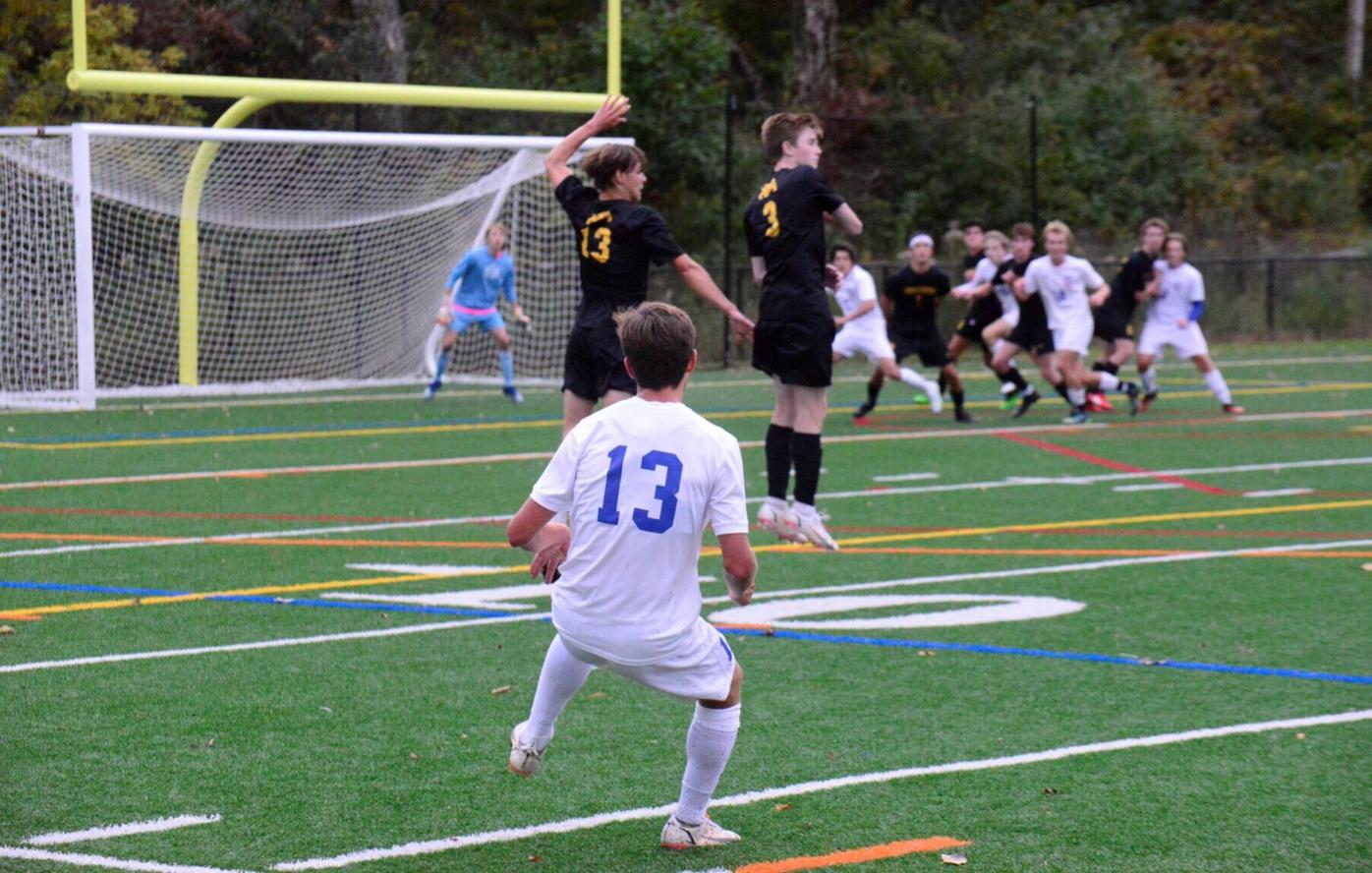 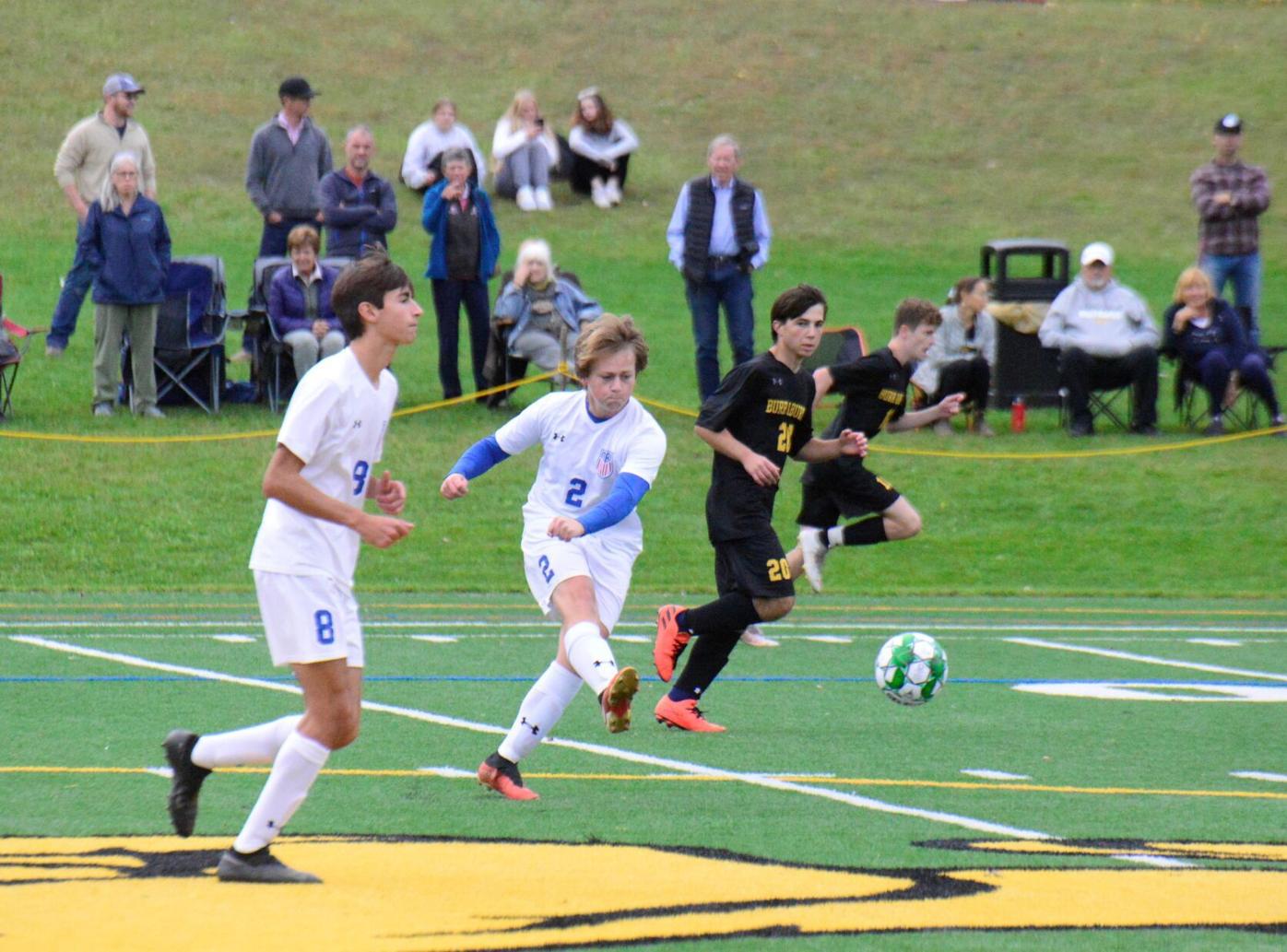 MANCHESTER — Two plays from Mount Anthony’s 4-0 win over Burr and Burton illustrate how much the team has progressed throughout its nine games so far this season.

In the winding minutes of the first half, Silas Rella-Neill possessed the ball in Bulldog territory and near the right sideline.

Nate Potter escaped his defender in the middle of the field and made a run toward the net. Potter raised his hand to let his teammate know he was open, and Rella-Neill delivered a perfect pass to his teammates foot. Potter did the rest, finishing the play with a nice strike that BBA goalie Emmett Edwards was able to initially deflect but not prevent from reaching the back of the net.

The score gave MAU a 2-0 lead. If you look a little closer, it also shows the evolution of the Patriots on the pitch.

The Patriots started their season with three consecutive losses to St. Johnsbury, Middlebury and Brattleboro. An upperclassmen laden MAU squad dug themselves into a hole, facing a tough early season schedule.

That mindset has shifted, and MAU is reaping the benefits.

“We’re starting to believe in ourselves,” Molloy said.

They are 5-1 since, including three straight wins. The Patriots look as though they have found their groove. Molloy said he thinks they are starting to piece things together.

The second example from Tuesday’s contest was Jordan Gardner’s goal with 15 minutes left in the second half. MAU was awarded a direct kick, and the Patriots opted to pass to Gardner. The senior midfielder found himself near a couple Bulldog defenders, but gained control of the ball and his powerful boot bent into the net, extending the MAU lead to 3-0.

It was Gardner’s first game back from a leg injury. The Patriots were down four potential starters in their previous game, a 5-0 win over Otter Valley. On Tuesday, only Finn McRae was sidelined with an injury.

MAU is getting healthy at the right time, which is big news for a team hoping to make a deep playoff run in Division I.

“Having Jordan back was a help, he kind of solidified things (in the backline),” Molloy said.

Each area of the field seems to be clicking for the Patriots.

“I think Silas and Pete (McKenna) are playing really strong in that central midfield and they’re starting to work up,” Molloy said. “And then even Jake (Tibbetts) and Nate up top; we’re starting to see things like dummies and give and goes that maybe we wouldn’t have seen in the beginning of the year, so they’re starting to figure things out.”

Aiden Moscarello was credited with seven saves in the win, keeping a Bulldog team that had scored six goals in their two previous games off the scoreboard all together.

Edwards had six saves for BBA, who dropped to 6-3-1 on the season.

The Rella-Neill to Potter connection worked again when the former booted a direct kick toward the net and the latter put in his second goal of the game with a little under five minutes left on the clock.