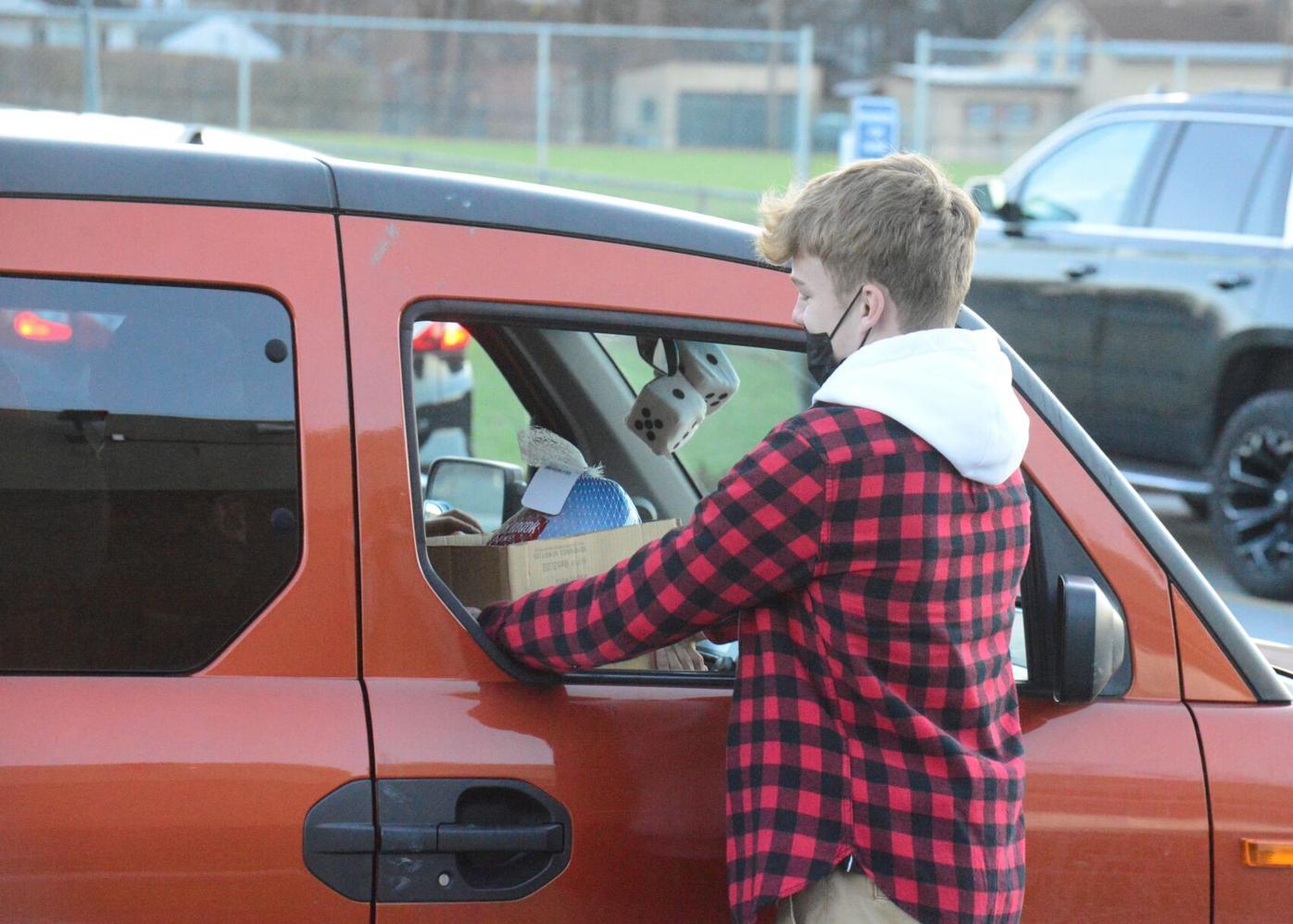 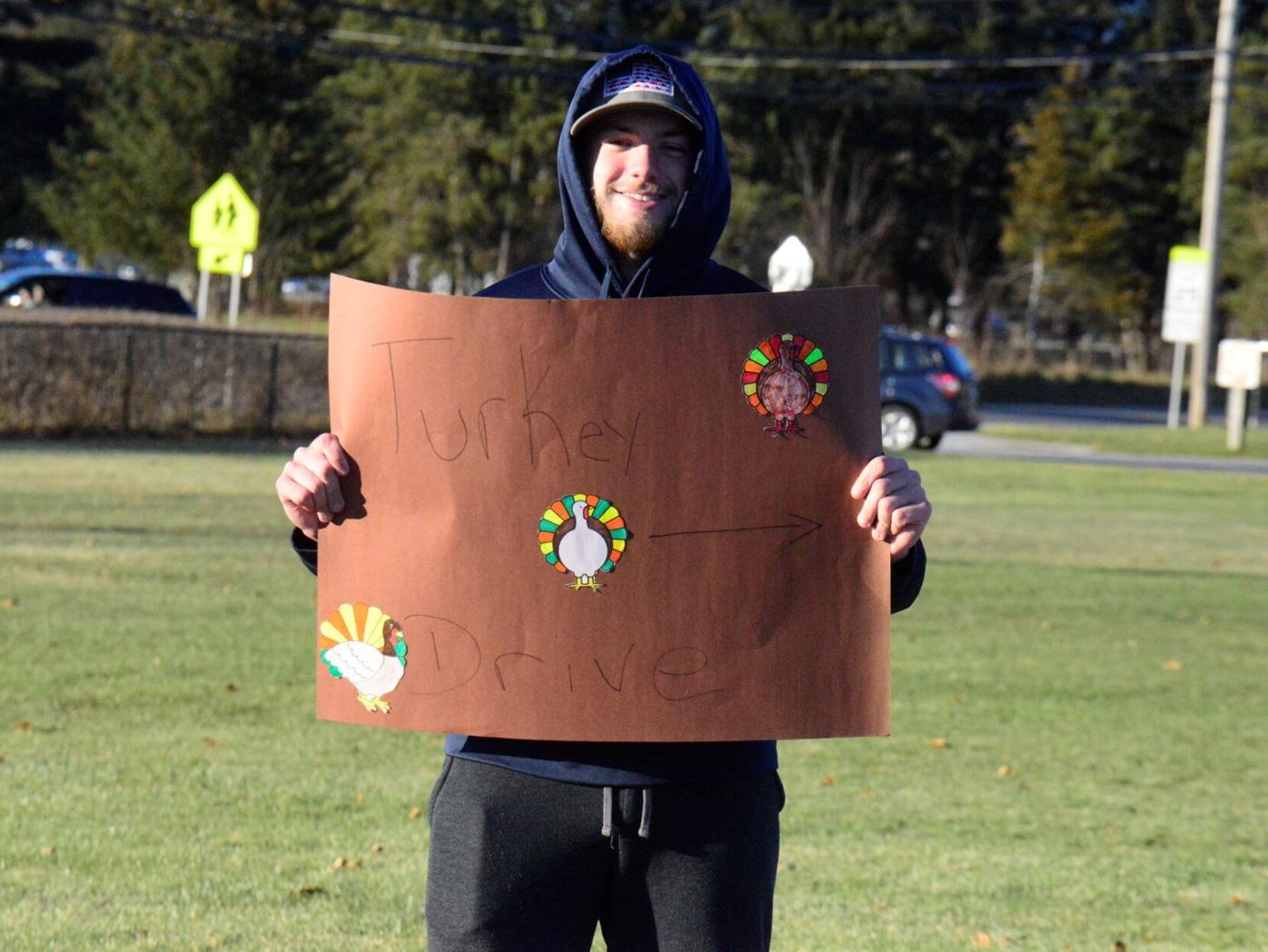 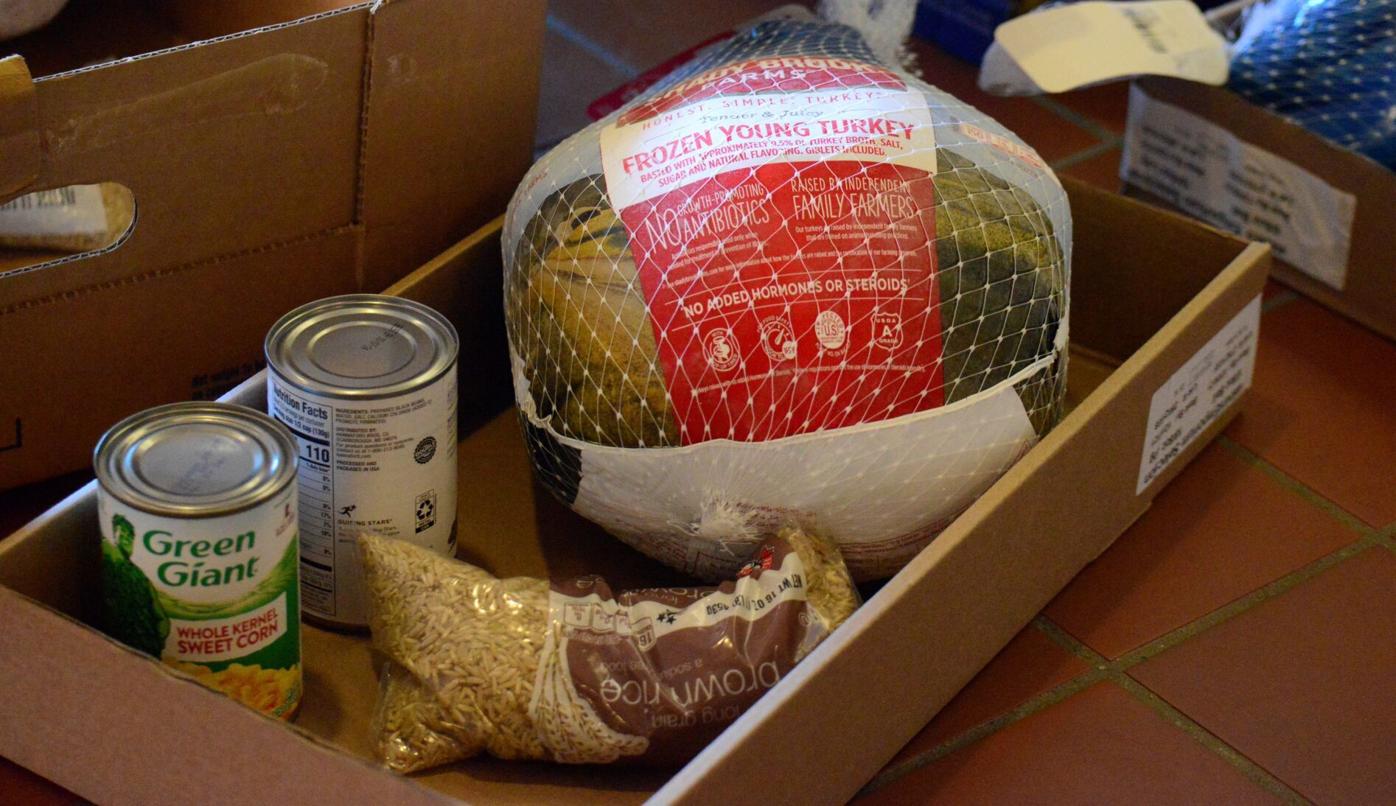 Players handed out meals that included a frozen turkey, canned vegetables and rice.

Players handed out meals that included a frozen turkey, canned vegetables and rice.

BENNINGTON — The Mount Anthony boys basketball team hasn’t began its season yet, tryouts are slated for Monday. That didn’t stop the Patriots from giving back to the community. On Tuesday around 15 players and members of the coaching staff handed out more than 30 Thanksgiving meals at MAU.

Players took shifts standing out in the cold, holding signs to let those driving on Park Street know about the giveaway. It was also advertised on social media.

Hunter Stratton remembers doing community service events when he played for the Patriots basketball team. The 2011 graduate and new head basketball coach wants to bring that sense of pride in the community back.

“We all just kind of want to start getting out in the community a little more,” Stratton said.

Those who received a meal drove to the MAU cafeteria and players delivered the meals right to their vehicle. Each meal consisted of a frozen turkey and canned vegetables.

Stratton also views the giveaway as an opportunity for the team to bond off the court.

“When they do things like this, they're gonna have a better experience once the season starts,” Stratton said. “They're already going to have that team attitude and that togetherness, so it's great that they're willing to do this.”

DeShawn Hamlet is joining Stratton’s coaching staff as an assistant on the varsity team. Hamlet organized a similar giveaway with his local youth basketball group Battle of the Future last year. Stratton took notice of the community engagement, and aimed to do something similar with MAU basketball.

“Once Hunter got the job, we sat down and we talked and he's like, ‘Hey, I see what you're doing in the community,’” Hamlet said. “I want you to be part of Mount Anthony basketball.”

The turkey giveaway is just the beginning. Stratton said MAU will also be doing a toy giveaway, and a youth basketball clinic throughout the year.

The clinic was supposed to start on Wednesday, although all Southwest Vermont Supervisory Union schools were forced to close on Wednesday due to the number of COVID-19 cases being reported. That canceled all afterschool activities, including the youth clinic.

Stratton is excited about starting the clinic.

“It's just really great for the young kids to be able to come and play, and just meet the guys,” Stratton said. “That's who they're looking up to. That's what they want in 10 years.”

When the Patriots do hit the basketball court to officially start their season next week, they will have a head start on team chemistry thanks to events like the turkey giveaway.