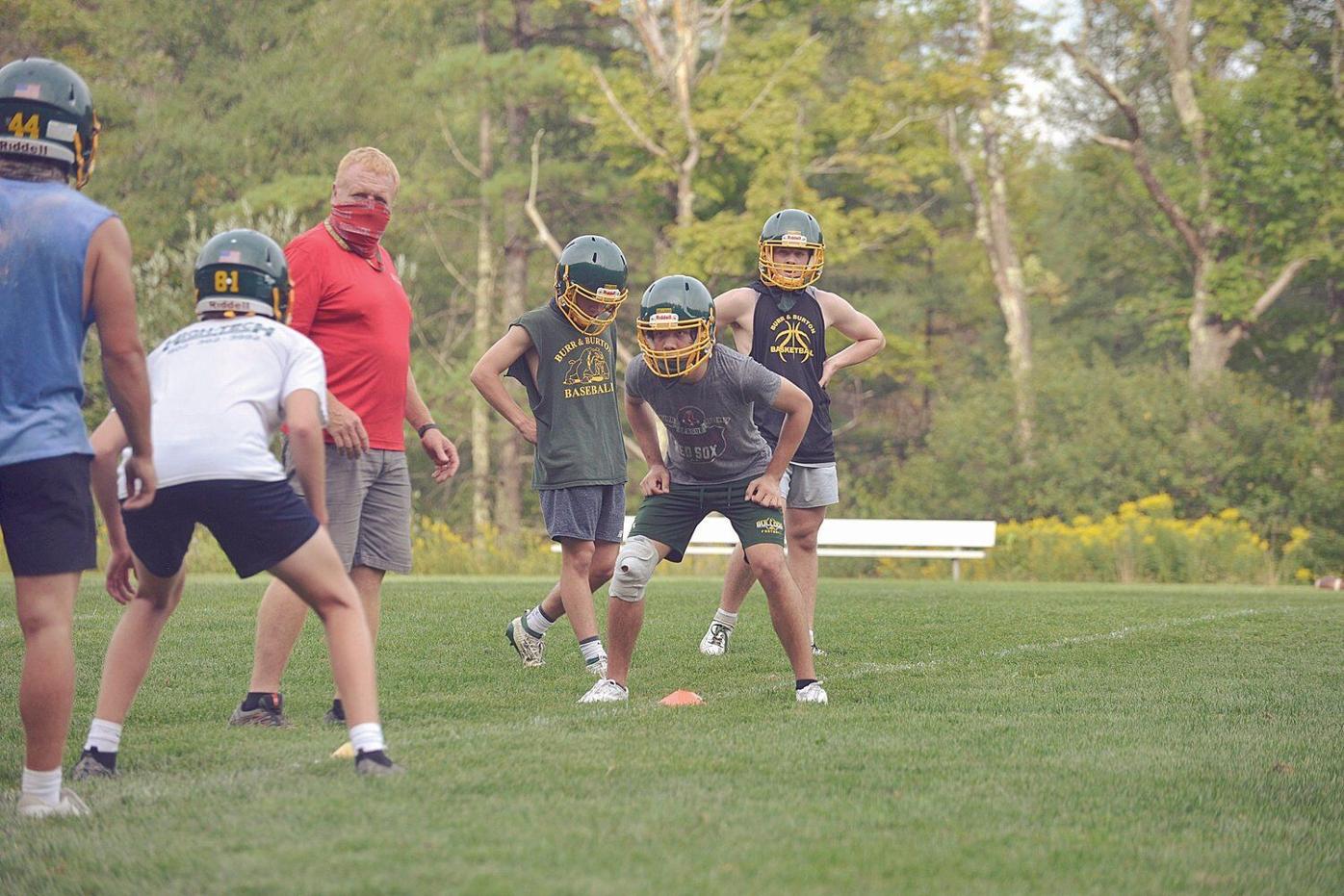 MICHAEL MAWSON - BENNINGTON BANNERBurr and Burton football players prepare for a drill during practice. The Bulldogs are the defending Division I state champions. 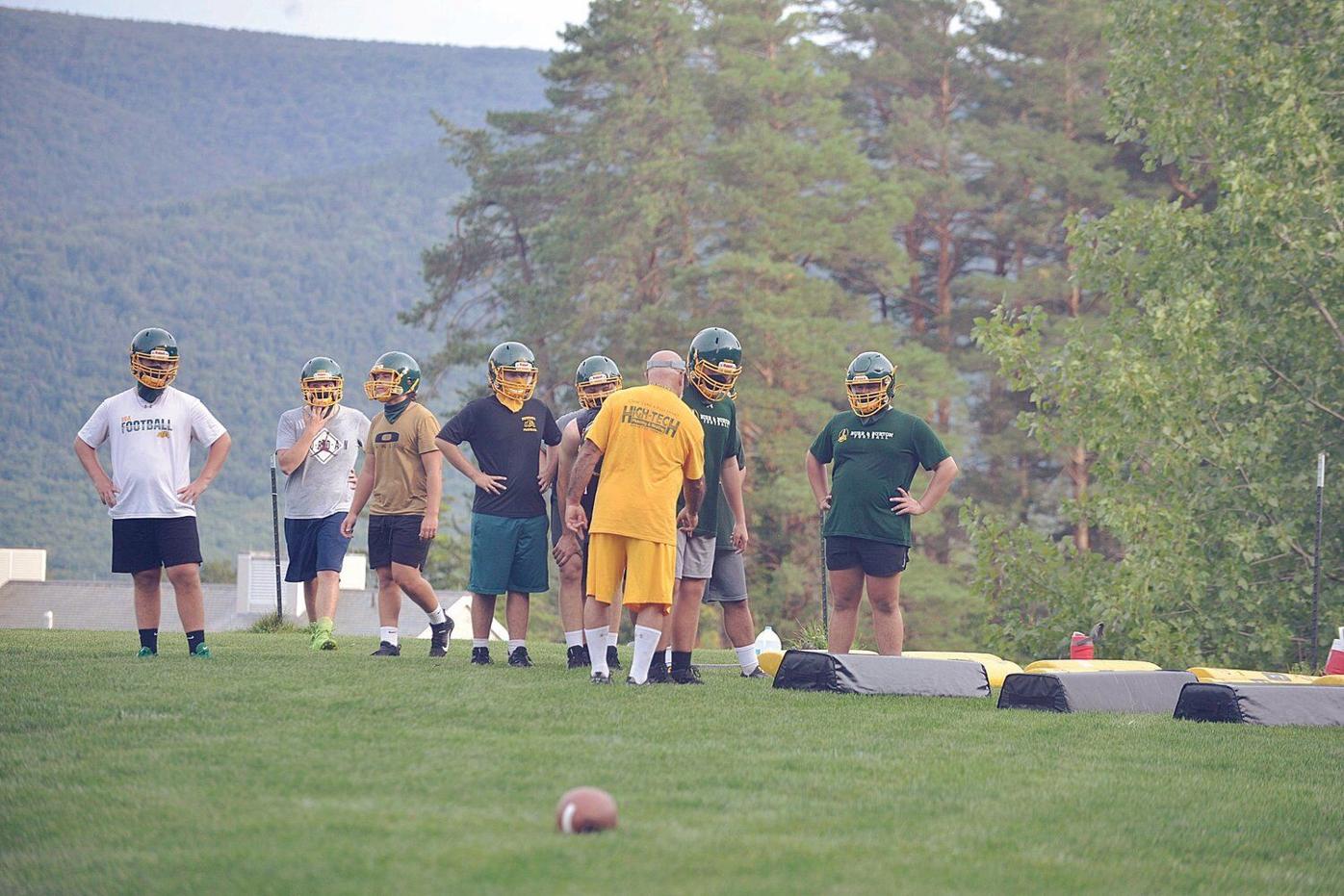 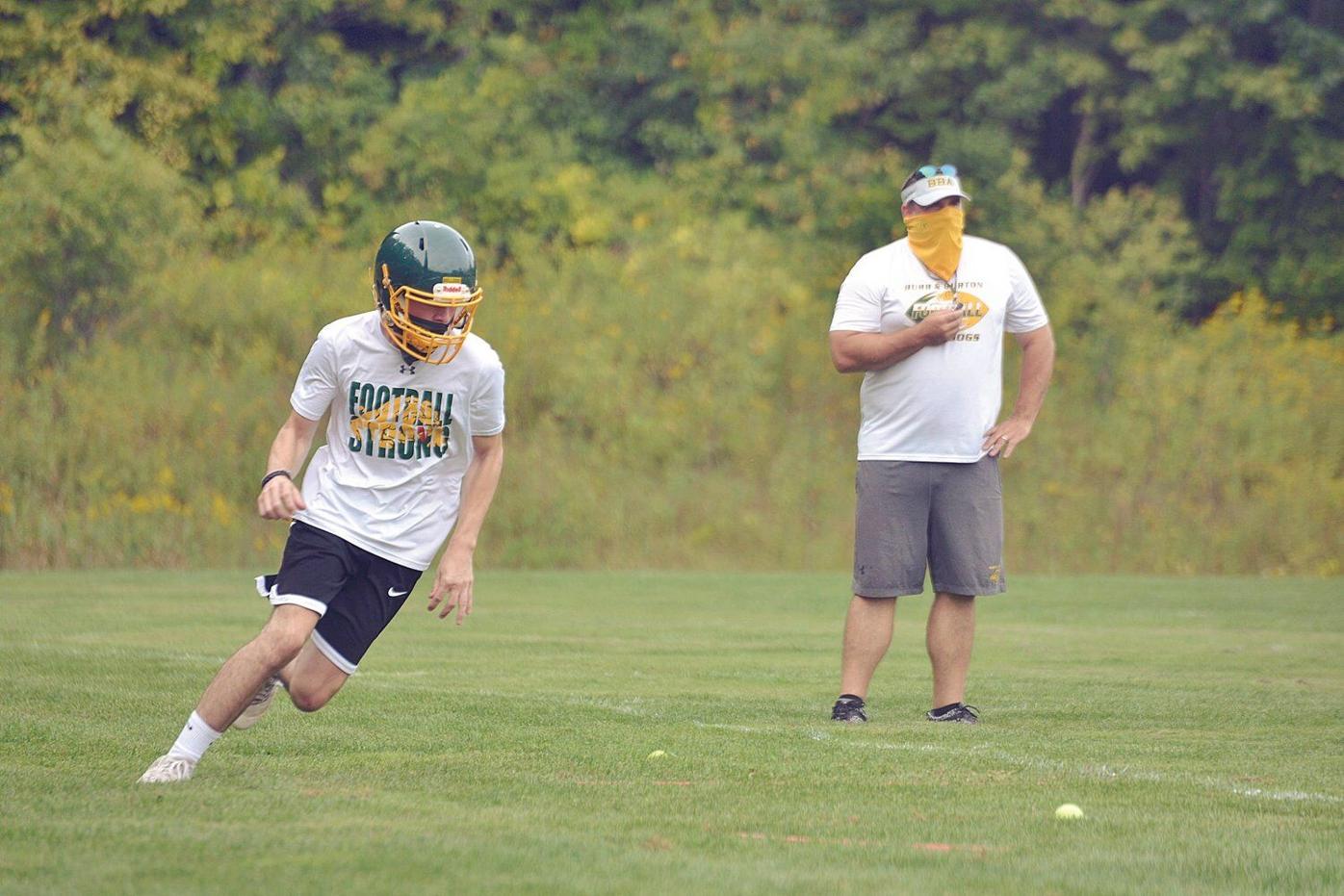 MICHAEL MAWSON - BENNINGTON BANNERBurr and Burton football players prepare for a drill during practice. The Bulldogs are the defending Division I state champions.

MANCHESTER — High school football is back in Vermont. Burr and Burton began practicing last week, officially kicking off their 2020 season.

The game looks different this year, as tackle football is not allowed because of the coronavirus. In its place, a 7-on-7 one hand touch version of the game.

After months of uncertainty surrounding the fate of fall sports throughout the state, especially football, being on the field feels like a victory in itself.

"We're just excited," said Burr and Burton football coach Tom McCoy. "We're one big happy football family, so we're excited to be able to be together."

The VPA decided to not hold football playoffs this year, putting all of their focus into a regular season that will see teams play twice a week.

BBA won the Division I state championship last season, McCoy's first as the head coach for the Bulldogs.

BBA is taking a simplistic approach to this season.

"We're going to take it day by day, practice by practice, and then game by game," McCoy said. "We got nine opportunities right now on the schedule to play against somebody else."

McCoy said that during voluntary workouts during the summer, a lot of his players learned how to wear masks while playing. Masks must be worn during competition.

"BBA has been so supportive of the athletic programs throughout the summer," McCoy said. "They (the athletes) had some opportunities to wear masks and to feel like what it's going to feel like working out in them.

I think they're trying to figure out which mask works best for them."

McCoy said the coaching staff is going to ease them into the season, making sure there are plenty of water breaks to ensure player safety.

In terms of play, BBA displayed a high-powered offense last year, scoring around 50 points per game. McCoy said that this years format presents unique challenges. In particular, there are no run plays allowed this year, just passing plays.

"We obviously throw the ball a lot, but we also love to run the football," McCoy said.

At the end of the day, McCoy is just happy to be back on the field.