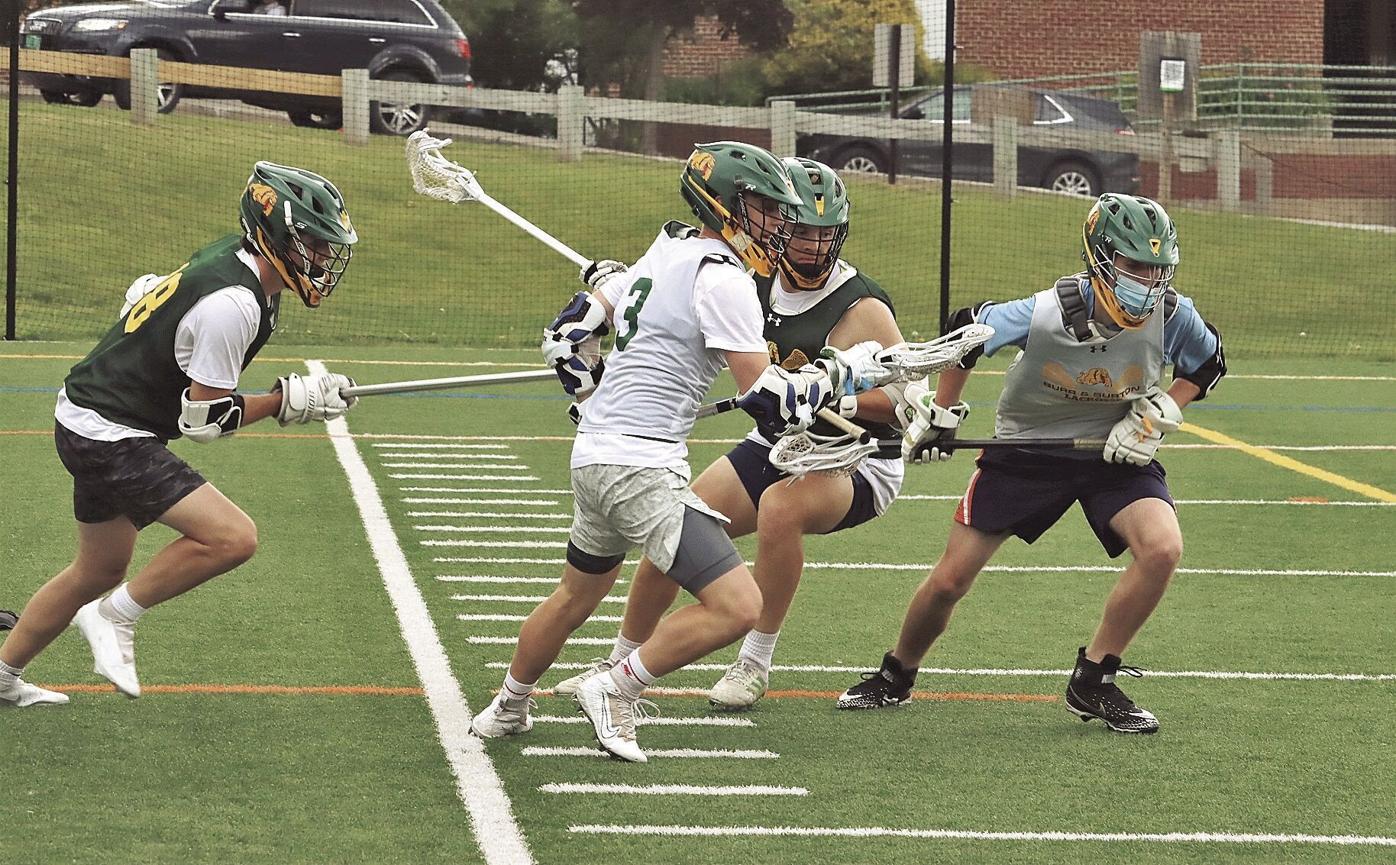 Burr and Burton practices on Thursday in preparation for Saturday’s quarterfinal game against No. 6 South Burlington. 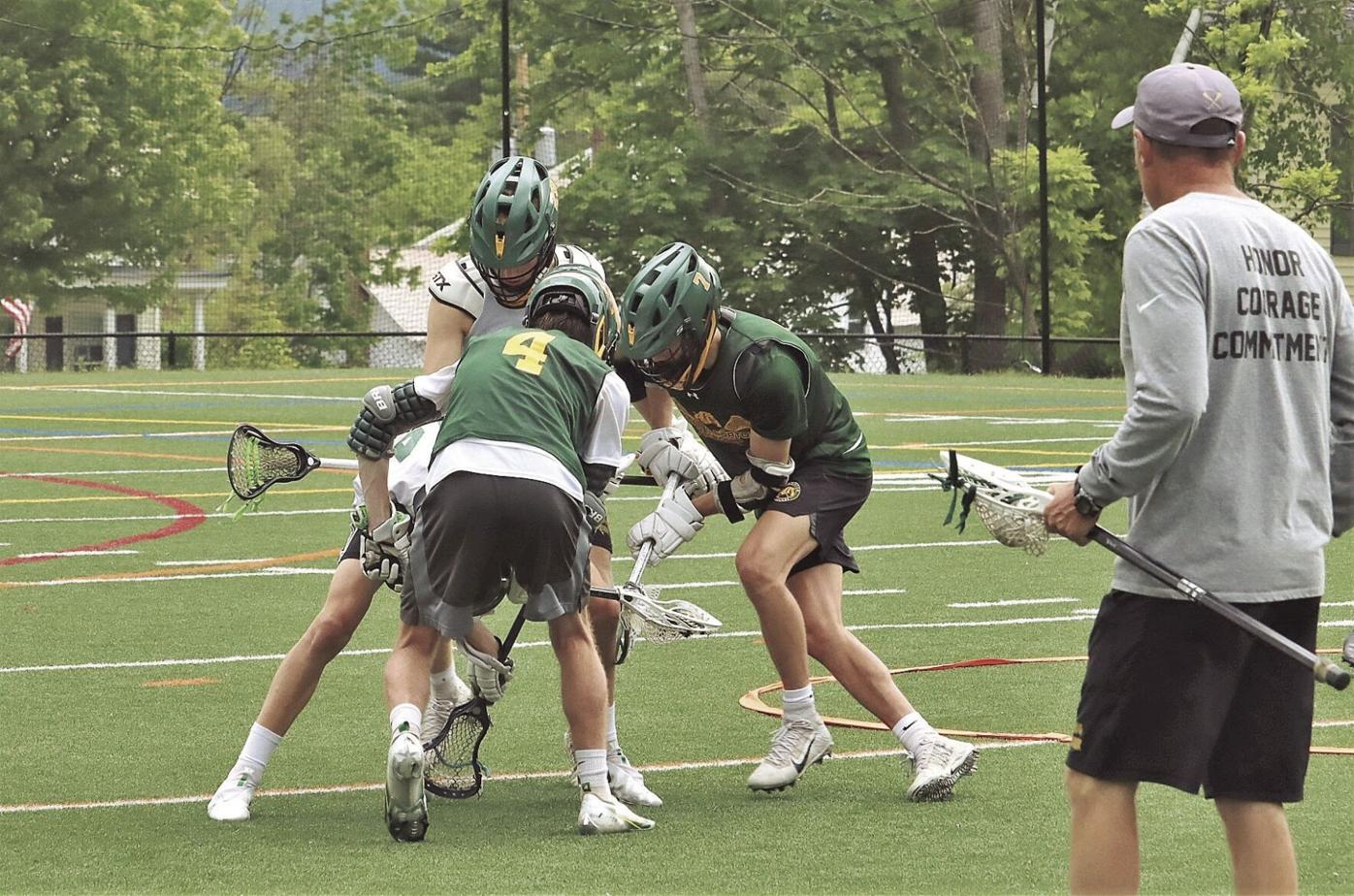 BBA runs a drill as coach Tom Grabher looks on.

Burr and Burton practices on Thursday in preparation for Saturday’s quarterfinal game against No. 6 South Burlington.

BBA runs a drill as coach Tom Grabher looks on.

MANCHESTER — Burr and Burton boys lacrosse by all accounts had a successful regular season, finishing the year 12-3 and locking up the No. 3 seed in the Division I playoffs.

The Bulldogs haven’t rested on their laurels, winning their first two playoff games to advance to the title game.

In BBA’s first round matchup, they faced a South Burlington team that came away with a 10-9 win over BBA in Manchester in a regular season matchup on May 3.

BBA felt like it didn’t capitalize on all of its opportunities in that matchup.

“We just didn’t play our best that game,” said fellow senior captain Justin Fusco. “And if we do play our best, no one’s gonna stop us.”

The Bulldogs got their revenge on Saturday with a 12-4 win. It’s fitting, as all year long the team has used the hashtag #RevengeTour on its Instagram posts. BBA barely missed out on the 2019 title, falling to CVU 15-13 in the Division 1 championship.

“It’s just something for the team to rally around,” Chamberlain said of the hashtag. “We all obviously wish things went differently two years ago and I think the eight returners that we have still have that feeling and know what it’s like.”

The revenge tour continued with a stop in Woodstock on Tuesday evening. BBA suffered its worse loss at the heels of Woodstock on May 22, a 10-3 loss. The Bulldogs pulled out the 9-8 overtime win in the Division I semifinal matchup.

The 2021 BBA team looks a lot different than the 2019 squad. Key contributors have since graduated over the past two seasons. Teddy Mirenda mentioned players like Jake Baker and Logan Sands who were a massive part of the Bulldogs’ offense that season.

Mirenda is impressed with how this year’s younger players like Emmett Edwards and Julien Halstead have come along after a missed 2020 season.

“The underclassmen have really stepped up,” Mirenda said.

That has allowed the Bulldogs the luxury of having a more balanced approach.

“It’s just a lot more of a team effort now,” Fusco said. “(Mirenda) listed off some of those star players and it was really heavily based off of them a couple of years ago, but now it’s all of us.”

“We’re not satisfied where we are even if something’s going really well, we’re not satisfied, we just want to keep improving on it,” Grabher said. “We don’t want to be complacent, we don’t want to be stagnant, we just want to keep improving. Throughout the year obviously there’s ups and downs but I’ve seen a steady improvement in our team. I’m very satisfied with the hard work the guys are putting in. We just got to put it together for game day.”

The Bulldogs opponent in the Division I title game is to be determined as of Wednesday afternoon. No. 1 CVU and No. 5 Essex were scheduled to play Wednesday.

A potential perfect ending to the Revenge Tour could be in store if the Bulldogs face CVU and come out victorious. Not only are the Redhawks the only other team BBA lost to this season, but it’s also the same opponent that took the 2019 title from them. Fusco didn’t mix his words when talking about BBA’s desires.