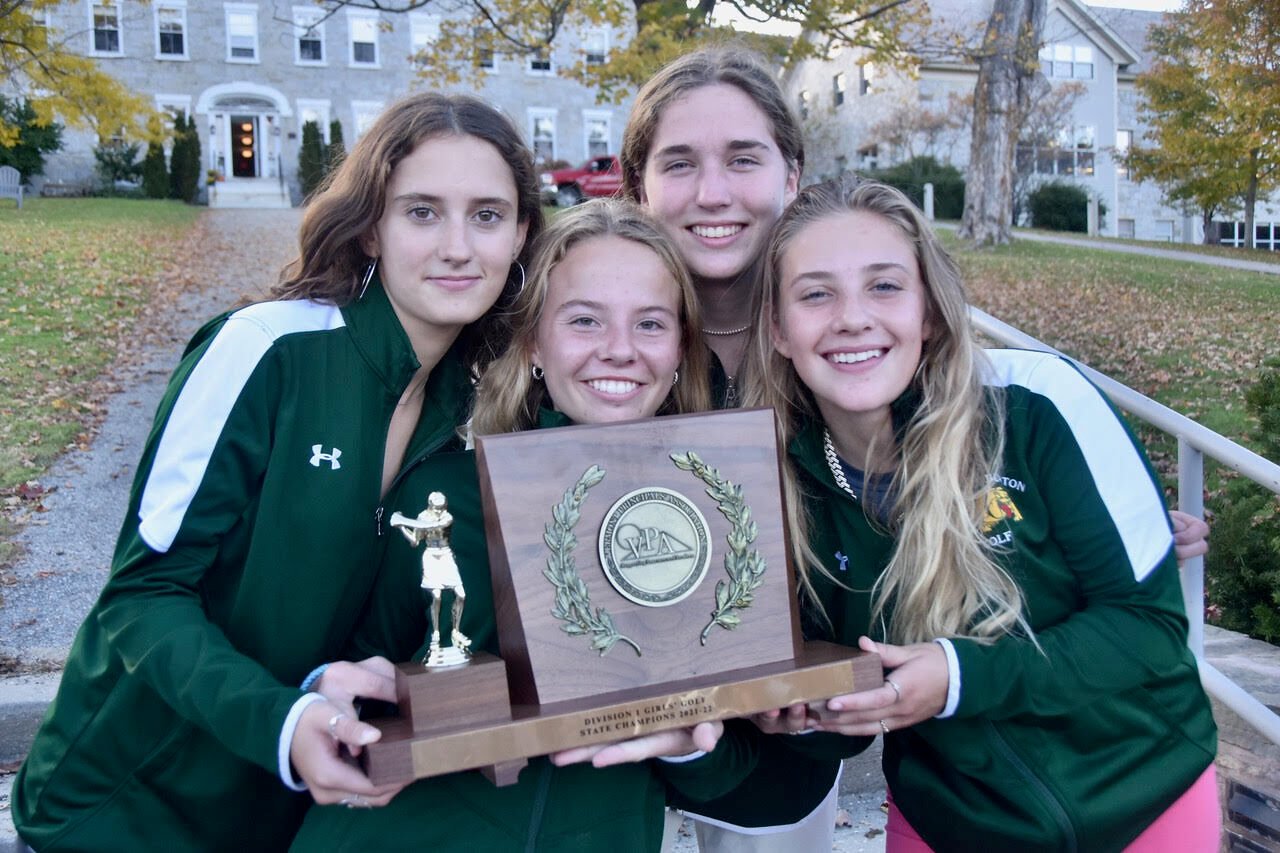 The four players who competed in the state championship match pose with the trophy after Monday's parade. 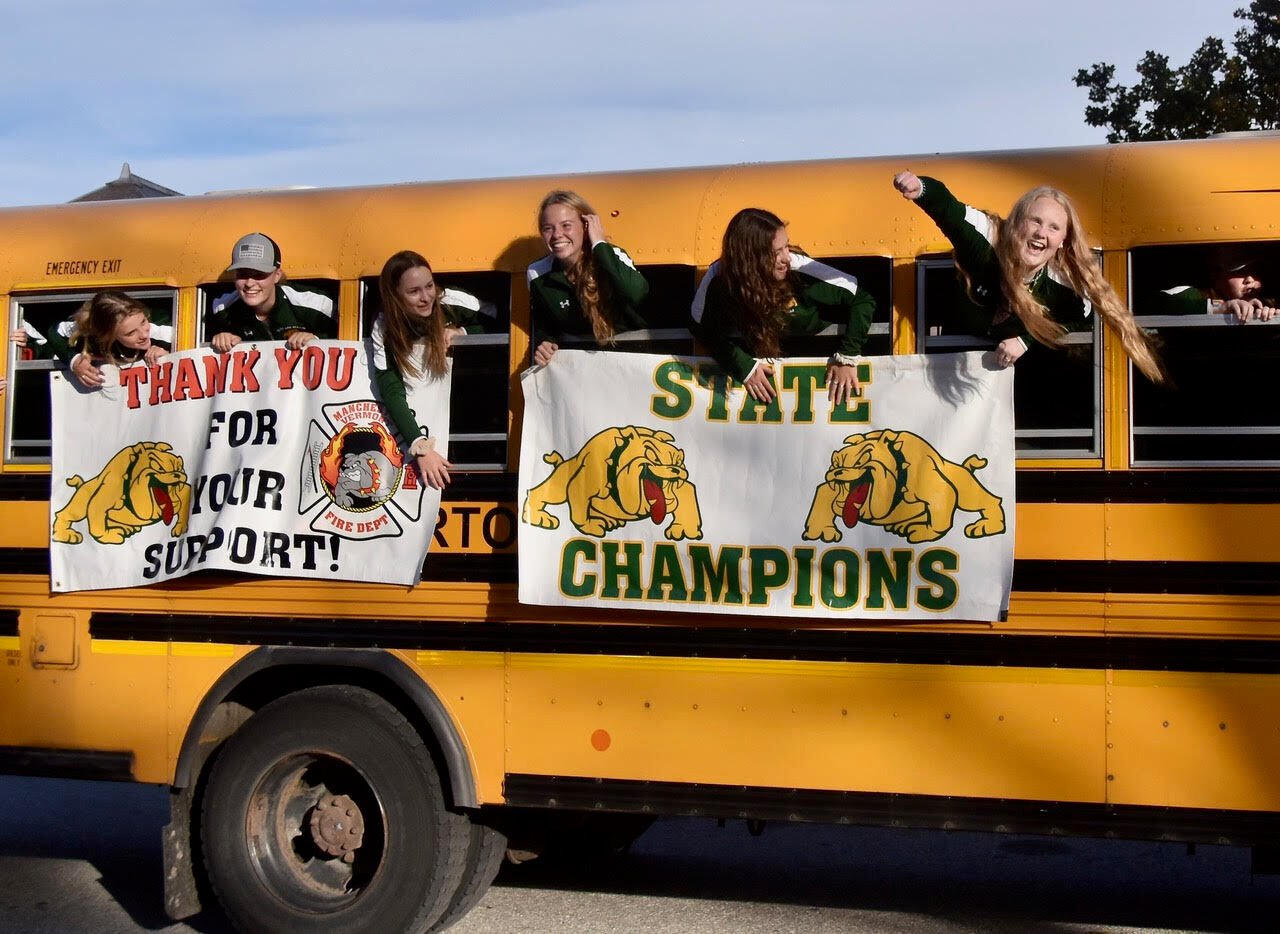 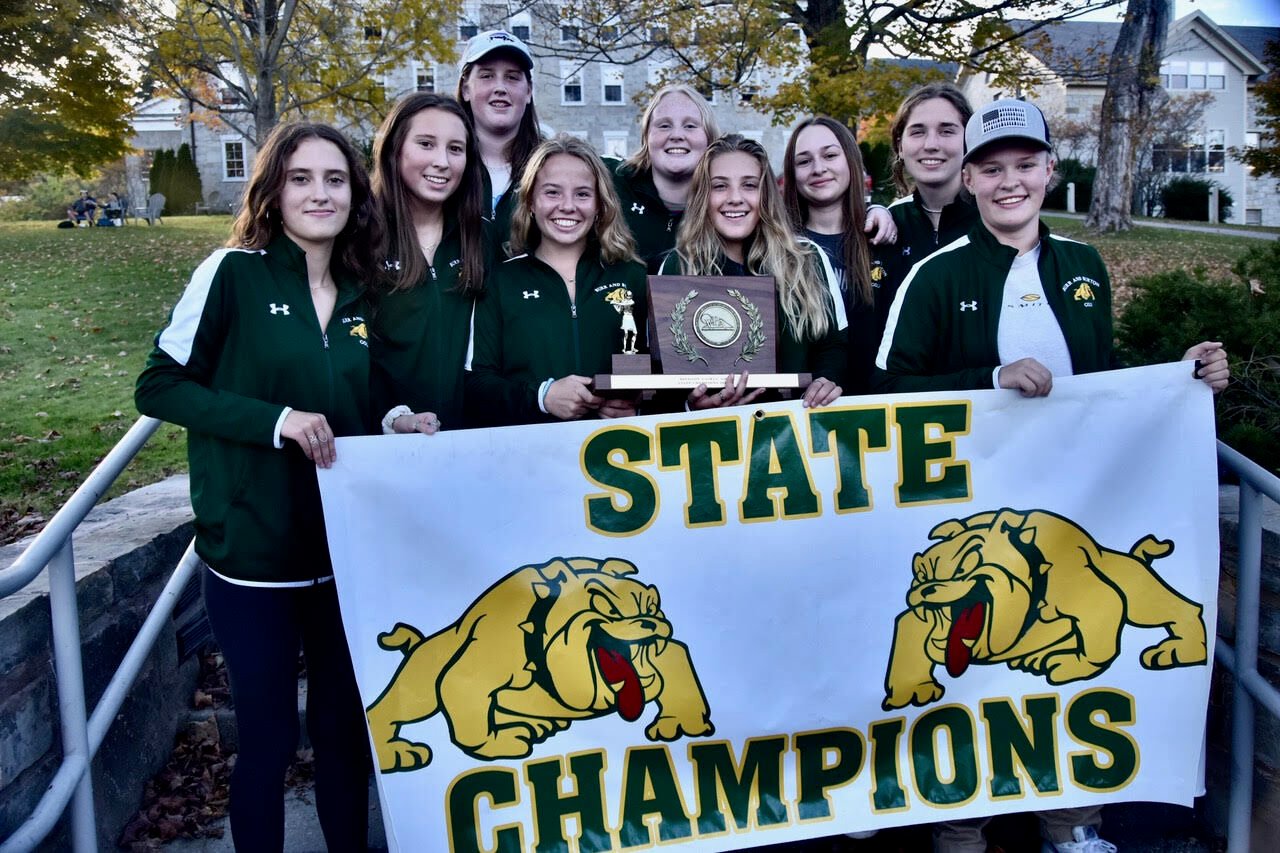 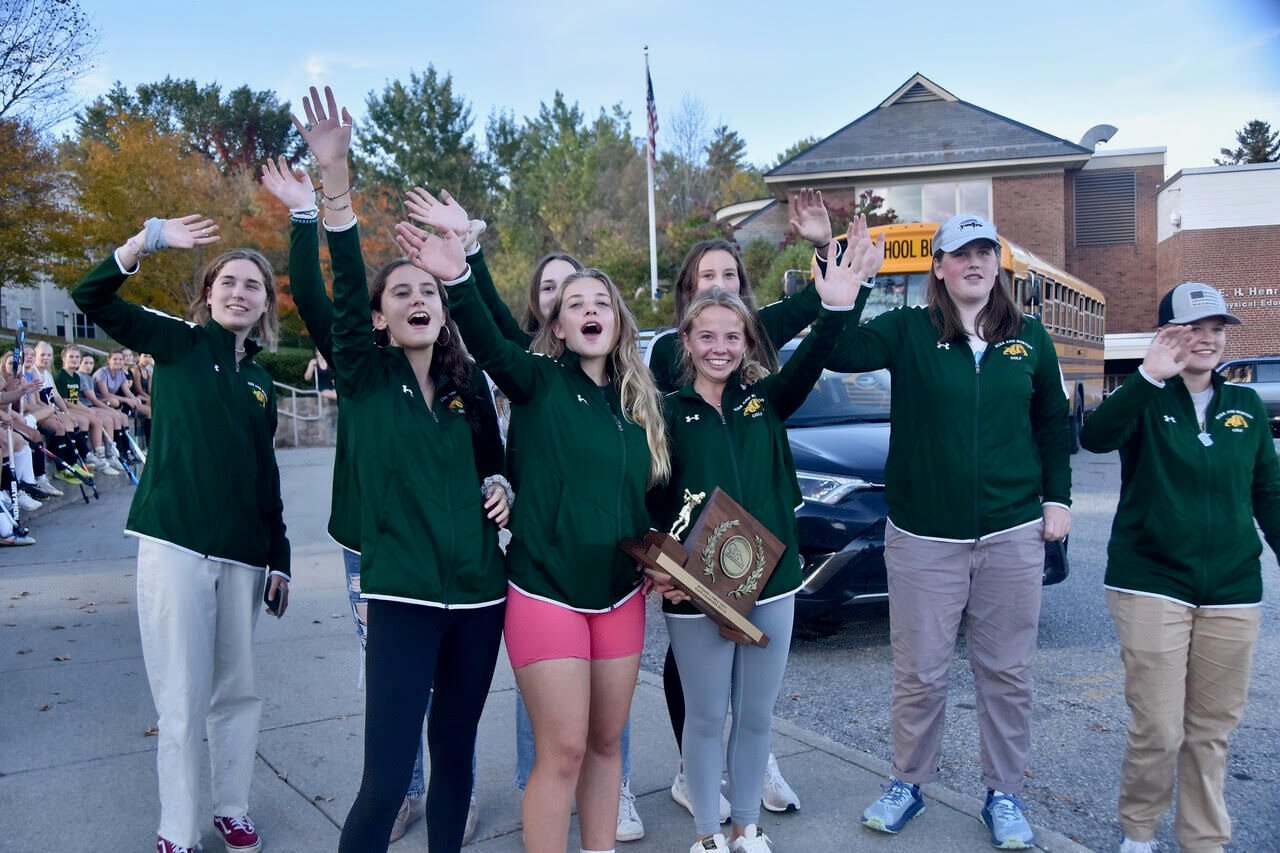 The four players who competed in the state championship match pose with the trophy after Monday's parade.

DORSET — Burr and Burton girls golf capped off its perfect season by claiming the Division I state championship for the second consecutive year on Oct. 7

The Bulldogs duo of Kaylie Porter (88) and Grace McDonald (97) combined for an overall score of 187, a comfortable 19 strokes ahead of runner up Champlain Valley’s 206.

“It’s never easy going into states as defending champs on your home turf,” said BBA coach Joan McDonald. “Although there is a little comfort knowing the course.”

“We had a good game plan not to think ahead and play one hole at a time. To win back to back state championships is a great accomplishment by the team, they really trusted what got them here and played steady golf all season.”

Essex’s Ashley Stempek posted the next best score, shooting a 94, leading her team to a third place finish. McDonald’s 99 was good for a tie for fourth overall with South Burlington’s Sage Bennett.

Porter and McDonald both achieved par on the par-4 ninth. Porter ended up shooting par on four holes (second, ninth, 11th and 14th) while McDonald parred the fifth, ninth, 10th, 11th and 13th.

Seven teams competed for the Division I crown at Dorset Field Club in what turned out to be a gorgeous early October day.

Team scores are determined by each school’s two lowest individual scores of that round. BBA had a total of four golfers compete, as Nora O’Donnell (126) and Orlaith Cree (138) also played 18 holes.

In Division II, Northfield took home the championship with a score of 213, edging out U-32 (215) by two strokes. U-32’s Paige Oakes was the overall medalist with her 97.

On Monday, BBA had its championship parade.