The Arlington boys basketball team looks to get off to a fast start in 2021, with a game on Friday to start the year against Long Trail. 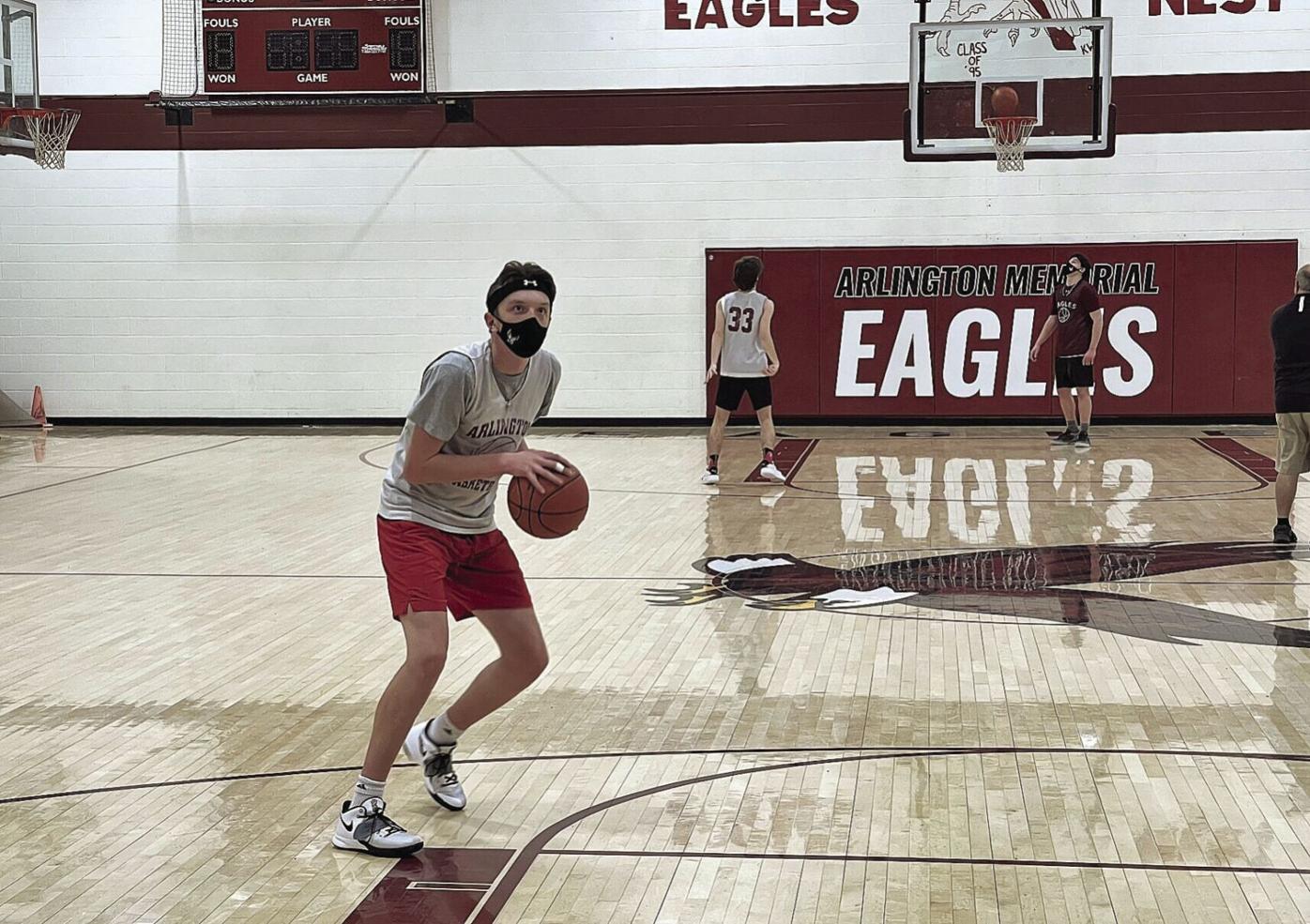 Arlington starts its season on Friday night with a game at 6:30 p.m. against Long Trail on the road.

The Arlington boys basketball team looks to get off to a fast start in 2021, with a game on Friday to start the year against Long Trail.

Arlington starts its season on Friday night with a game at 6:30 p.m. against Long Trail on the road.

ARLINGTON — After last season’s 7-14 campaign, the Arlington boys basketball team lost its two top scorers in Will Moore and Matt Ritchie, but brings back a plethora of young talent. So far, it’s been figuring out how to fit all the pieces into the puzzle for third-year head coach Brian Lacoste.

“I had a different starting lineup in almost every game last year, so it’ll be good to get a starting five out there,” Lacoste said. “We’ve been working hard with everything we’ve had to deal with, I like what I see so far, these kids are really growing.”

The Eagles have four seniors, including Dominic and Lewis Whalen, Noah Diedrich and Taylor Therriault.

“I’m really excited and I’m ready to get out there and play,” said Therriault. “Finally being able to get back, there’s nothing like it.”

After a strong sophomore season, Therriault struggled a bit as a junior, but Lacoste said he sees a big improvement coming as a senior.

“Taylor didn’t make it through the year last year,” Lacoste said. “I think if he sticks with it and works hard, and he has been working hard, being a senior... I think he’ll be impressive.”

Jake Morse, the leading scorer of the returners for the Eagles, averaged seven points a game last season and is expected to surpass that output.

“I don’t have to worry about Jake at all, he’s going to give you a full effort every night,” Lacoste said. “Everything I ask him to do, he does.”

Another junior that could be a big contributor is Griffin Briggs. Briggs played hockey last season for Burr and Burton, but decided to return to play basketball this winter for the Eagles. Briggs is also coming off of surgery and was just recently cleared to play, Lacoste said.

“He’s an athlete, but he also didn’t play basketball for a year,” Lacoste said. “It might take a little while for him to get going, but he’ll be good.”

Lacoste has three sophomores on his squad, including Joe McCray, who averaged about three points a game as a freshman. Lacoste said that he will be someone to look for to break out as a 10th grader.

Another sophomore that hopes to have a break out season is Cooper Jennings. Jennings, the younger brother of former 1,000-point scorer DJ Jennings, didn’t play a ton last season, but looks to be a big part of the Eagle offense.

The Eagles couldn’t practice last week due to health protocols surrounding COVID-19. They are past that now and Lacoste said that with his team’s experience, the layoff may not hurt his team as bad as it could.

“It’ll definitely help,” Lacoste said. “The core group is back and that can be a good thing. Everyone is going to have to be ready right off the bat.”

In a season that could be eight or 10 games, Lacoste said the Eagles have to be peaking at the right time.

“You don’t want to lose games in the beginning of the year, start out playing good defense and hopefully the wins will come,” Lacoste said.