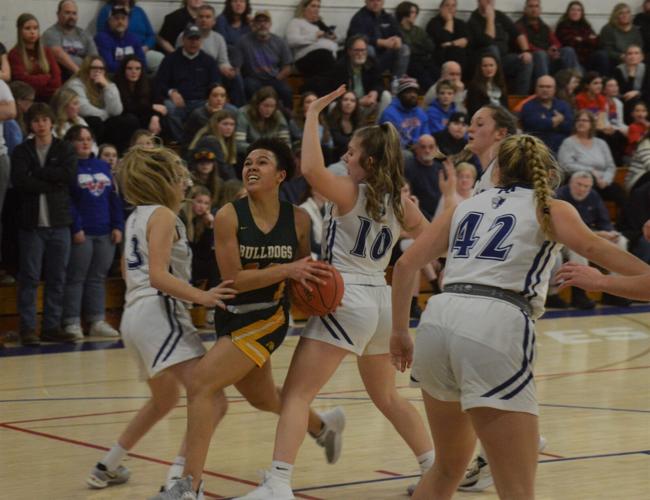 Burr and Burton's Navaeh Camp splits a pair of Mount Anthony defenders on her way to the hoop during the second quarter of BBA's 39-25 win at MAU Tuesday night. 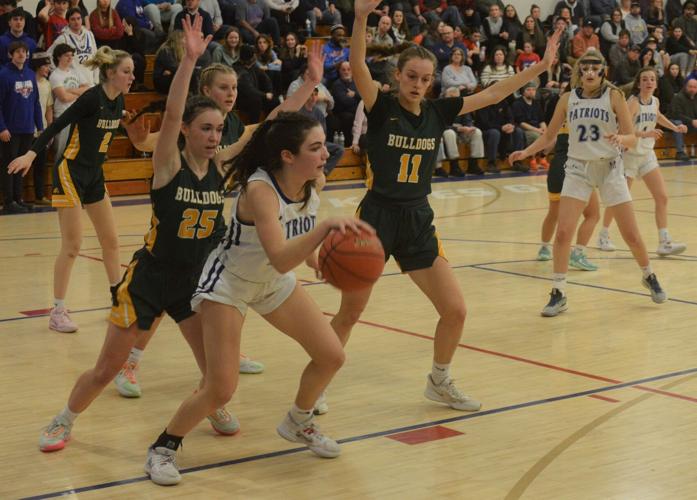 Mount Anthony's Abby Sekora dribbles out of a double team by Burr and Burton's Julia Decker (25) and Josie Powers during Tuesday night's game inside Kates Gym. 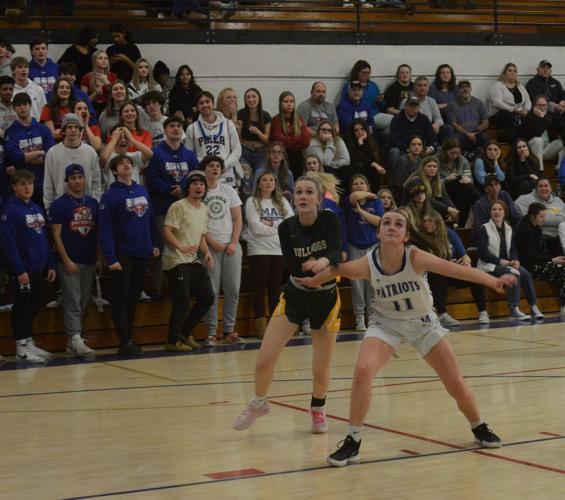 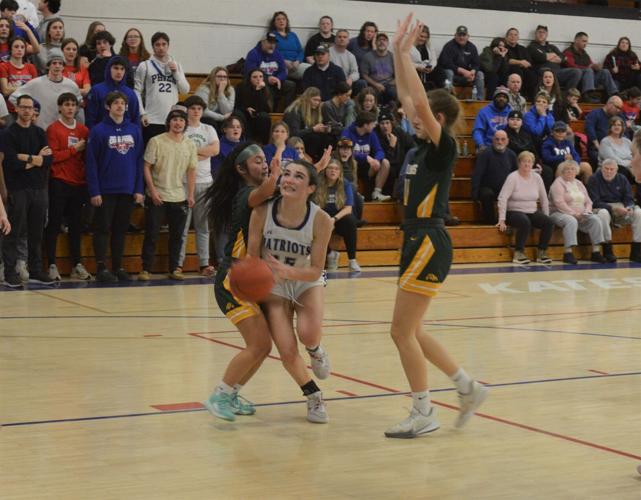 Mount Anthony's Abby Sekora dribbles out of a double team by Burr and Burton's Julia Decker (25) and Josie Powers during Tuesday night's game inside Kates Gym.

BENNINGTON — Third quarters have been Burr and Burton girls basketball’s Achilles heel. Whether watching its first half lead dwindle or seeing its deficit grow, the third quarter hasn’t been kind to the girls of Manchester for much of the season.

Tuesday night the Bulldogs flipped the script inside Kates Gym against Mount Anthony, winning the third 10-3 en route to their 39-25 victory.

In fact, it was the best quarter the Bulldogs played all night — stretching its 22-14 halftime lead to a much more comfortable 32-17 by the start of the fourth. The key was holding MAU to 3 points over those 8 minutes of action — while focusing in on MAU’s main scoring threat.

Madi Moore scored 7 of MAU’s 9 points in the second, hitting a stepback jumper with a foot on the 3-point line then swishing a 3-pointer from the top of the key on the following possession to begin the quarter, bringing MAU within one point at the time.

BBA coach Erin Mears wasn’t going to let Moore take over the game, something she’s more than capable of doing with her smooth jumper and ability to score in the paint.

“We started to double her a little more and add a little pressure,” Mears said. “I thought we did a really good job.”

The numbers back it up. Moore didn’t score in the third as BBA built up its advantage, and she was limited to just a single point in the second half as BBA secured its 10th victory on the year.

Offensively, the Bulldogs lived in transition for much of the night, scoring 14 points either on a fast break or by breaking MAU’s full court press. That up-tempo brand of basketball was most apparent in the second quarter.

Following Moore’s second quarter 3-pointer that trimmed BBA’s lead to 11-10, Mears burned a timeout to halt the Patriots momentum and talk things over with her team.

That’s when senior guard Navaeh Camp began to take things over for the Bulldogs.

She received the ensuing inbounds pass out of the timeout near midcourt and charged into the paint, splitting MAU’s zone and scoring through traffic. The score started a 12-4 BBA run to close out the half, including 9 points from Camp who scored on a pair of fast break opportunities.

“We know we’re at our best when we’re pushing in transition,” Mears said. “Our defense creates our energy for our offense, but I love the pace – we’re looking to push it almost every time.”

Camp closed the quarter with a beautiful floater from about 15 feet away from the basket, near the left baseline. As the final seconds ticked off the clock, the BBA guard found herself without her dribble. A help defender came to trap Camp near the corner, but she quickly pivoted out of trouble and found nothing but net with 2 seconds remaining.

MAU coach Daemond Carter said Camp, who finished with a game-high 18 points, provides a tough matchup for any opponent because of how savvy she is on the court.

“She knows what to do with it when (the basketball’s) in her hands,” Carter said. “She knows to go put it in the hoop. She’s gonna go until you stop her, and then she’ll give it off (to a teammate). She does it all.”

The Patriots raced out of the gates, scoring the game’s first 5 points in the opening minute of the contest. Alle George scored in the paint on the first possession of the contest, and after a MAU defensive stop, she netted a 3-pointer from the left wing on a second-chance opportunity for the fast start. Things looked promising for MAU in the rivalry contest to start.

Carter said strong starts have been a theme throughout the season for the Patriots.

“First quarters, I think we’ve found our groove a little bit,” Carter said. “But we have to maintain that level of execution. That’s our next level.”

The Patriots were unable to do so Tuesday, as they went scoreless over the next 7-plus minutes. That allowed BBA to assert itself, rattling off 10 consecutive points until Moore’s made jumper early in the second quarter momentarily halted the BBA run.

MAU falls to 2-10 on the season. Carter views these moments as a learning opportunity for his young team. With only two seniors on the MAU roster, the bulk of next year’s team will remain in place.

“We have to go through these things and we can’t forget these types of feelings,” Carter said.

Prior to tipoff, the MAU football program unveiled its 2022 championship banner.