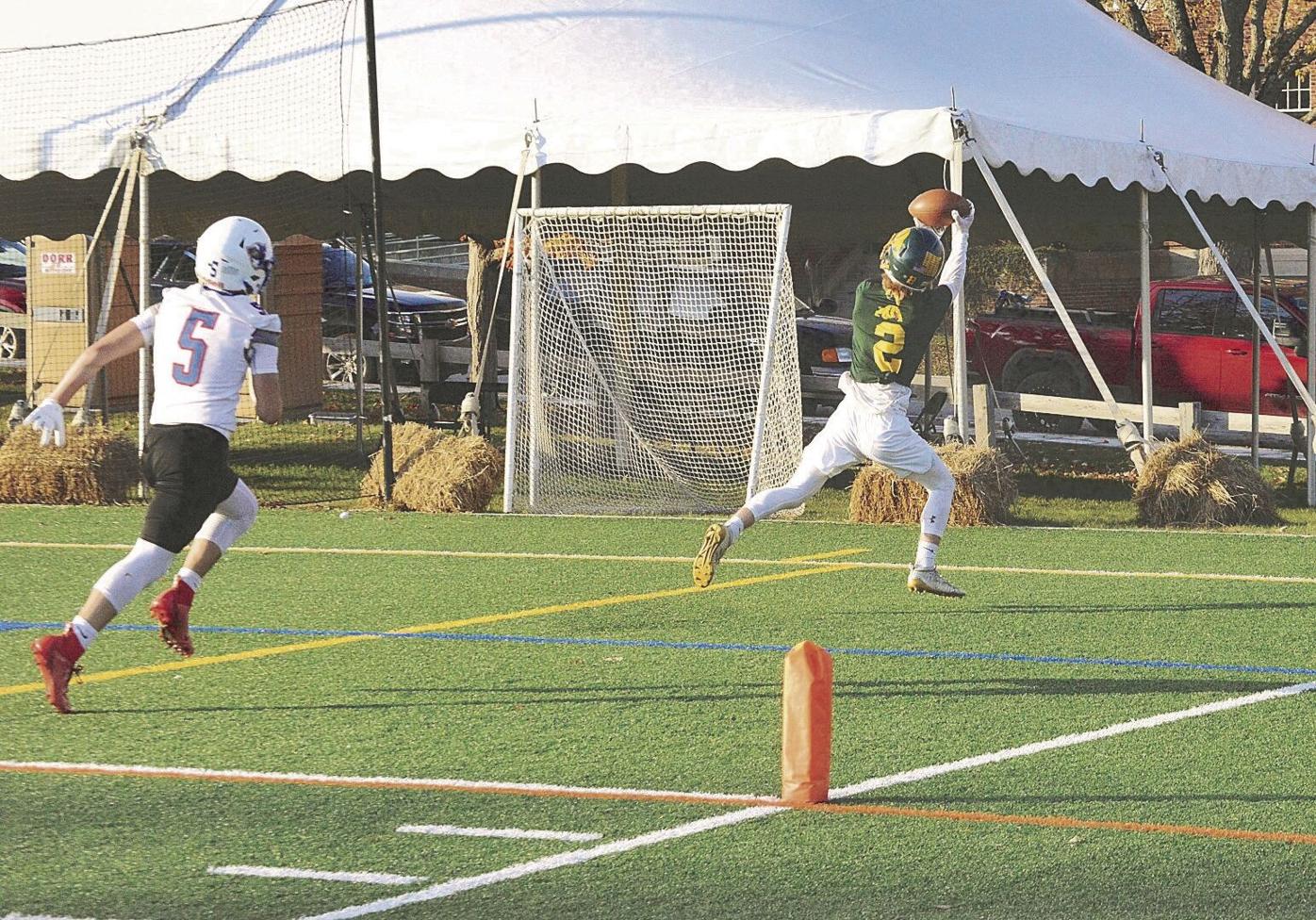 BBA's Joe Harrington hauls in a 22 yard touchdown during BBA's win over MAU on Wednesday afternoon. 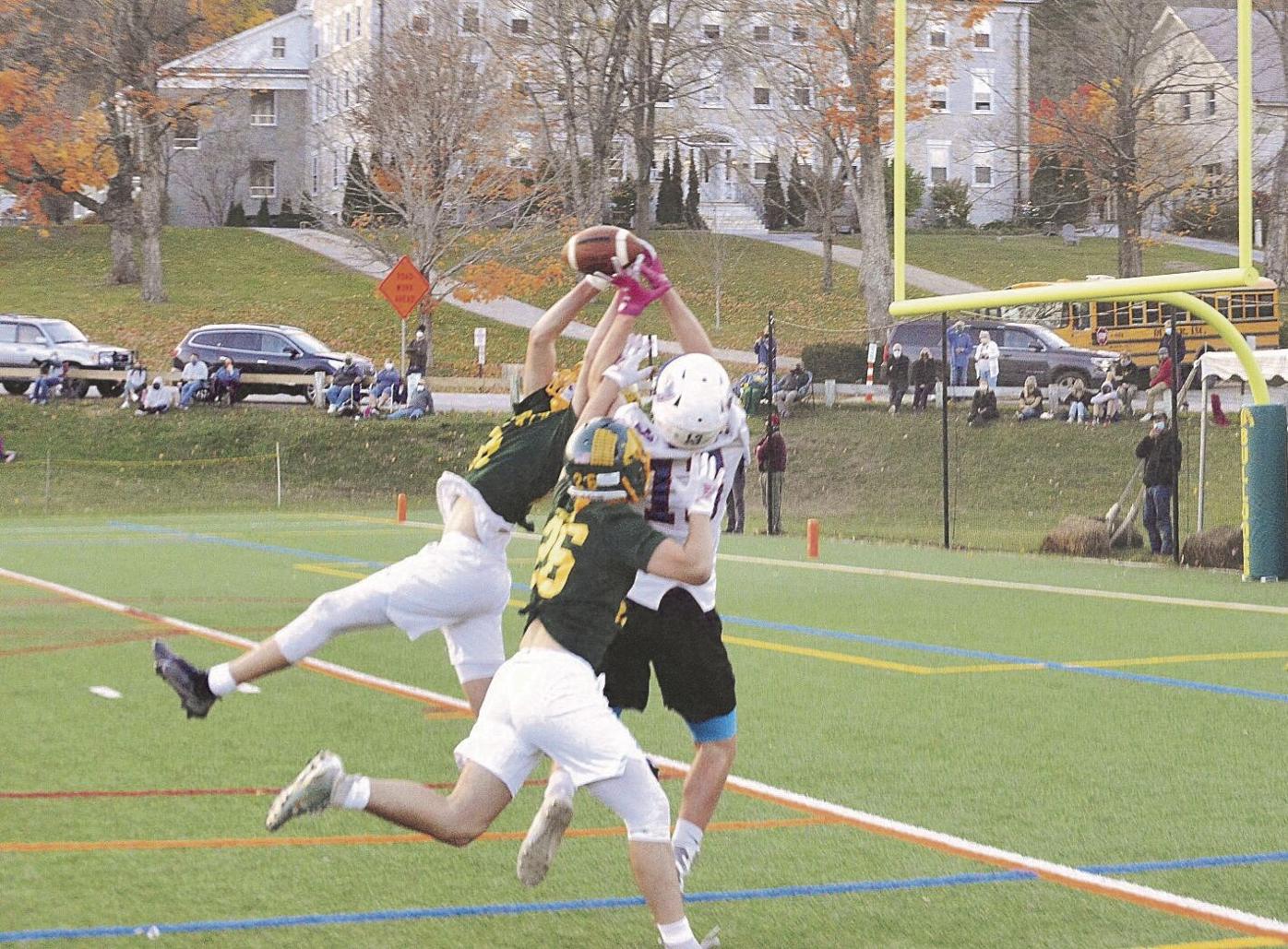 BBA defenders in tight coverage break up a pass intended for a MAU receiver. 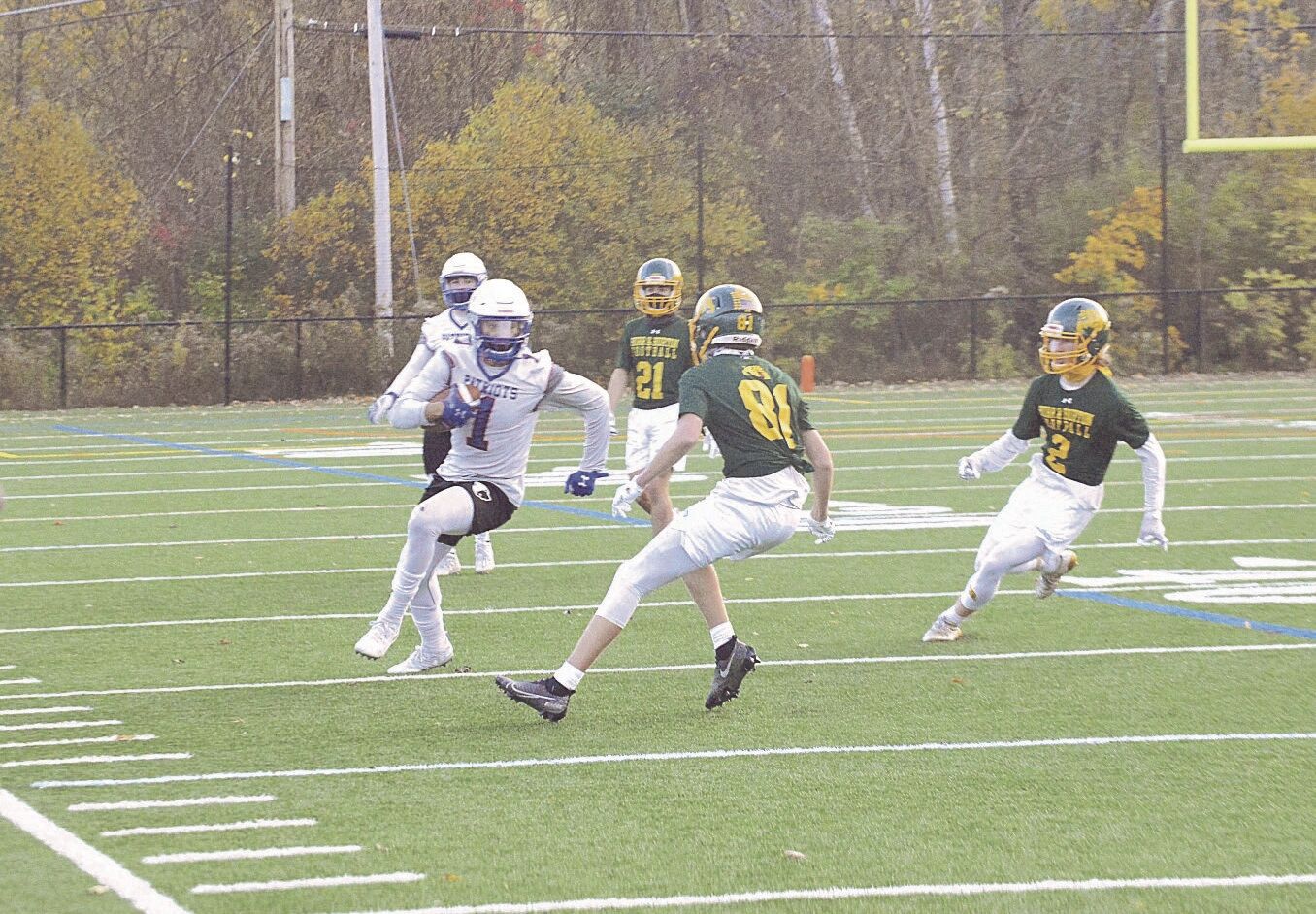 MAU's Gavin Johnson heads up field after making a catch. 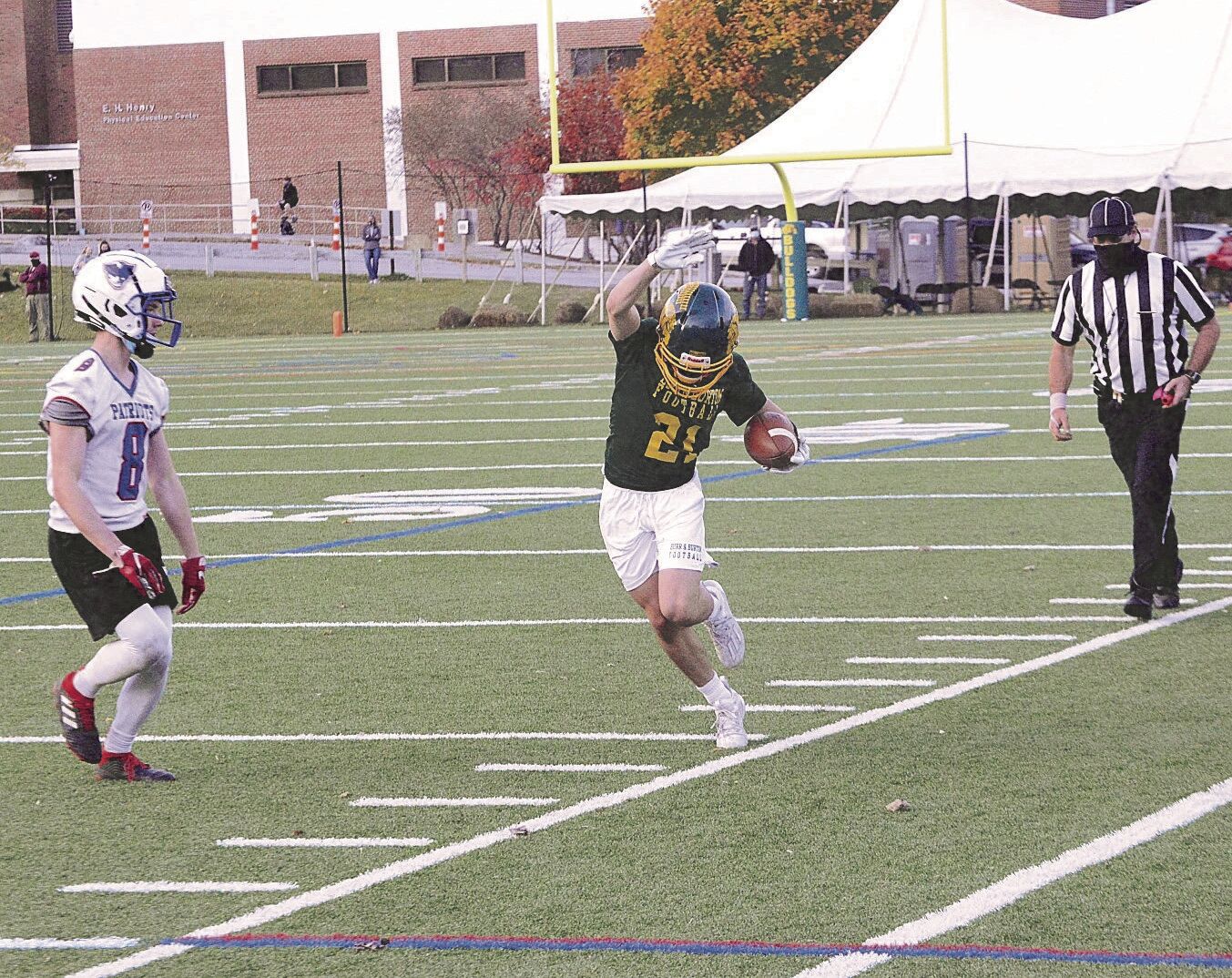 BBA's Nathan Smilko tip toes the sideline as he turns up field trying to gain yardage.

BBA's Joe Harrington hauls in a 22 yard touchdown during BBA's win over MAU on Wednesday afternoon.

BBA defenders in tight coverage break up a pass intended for a MAU receiver.

MAU's Gavin Johnson heads up field after making a catch.

BBA's Nathan Smilko tip toes the sideline as he turns up field trying to gain yardage.

MANCHESTER — Mount Anthony and Burr and Burton football are in the middle of a three game series in a 20 day span.

Wednesday afternoon, the team's met again. This time, it went the way of the Bulldogs in a very big way.

The Bulldogs defense recorded its first shut out of the season in the win, and consistently moved the ball down the field on the offensive side.

BBA's two quarterbacks, Will Addington and Jack McCoy, combined to throw 33-for-48 for 563 yards and eight touchdowns.

BBA coach Tom McCoy said the 7-on-7 format relies heavily on the quarterback decision making, which he thought was much better in round two of this matchup.

"We didn't make great decisions down there in Bennington," McCoy said.

What changed, according to the coach, was the preparation.

"I think it's just hard work and the kids trying to get better every week," McCoy said.

Dustin Joseph and Dom DeRita each hauled in two scores.

Dan Scralotta, Joe Harrington, Jack Morrison and Trevor Greene were the other Bulldogs to find the end zone.

Despite not putting any points on the board, the Patriots did move the ball down the field on multiple possessions, sustaining drives of about 60 yards before failing to convert fourth downs near the red zone.

BBA's defense forced three interceptions. Noah Woods, Jack Morrison and Trevor Greene all get their hands on a pass from a MAU quarterback.

Greene's pick came in the second quarter. MAU quarterback Caleb Hay was targeting Jack Ware on a long pass. Greene high-pointed the ball and came down with the interception in traffic.

The Bulldogs simply made every snap difficult for MAU with tight coverage from start to finish. Most of MAU's completions were contested catches.

The big skills of BBA outscored those of MAU 28-0, hanging 14 points in the first and third quarters. The Bulldog skill players also had a 28-point advantage in this one, with 21 points in the second and one touchdown in the final quarter.

MAU coach Chad Gordon said he is "excited" to come back to Manchester for the third and final matchup of these two Division I squads next week.

"I'm glad we have an opportunity for next week to be here and play a game again," Gordon said.

BBA and MAU play next Wednesday, Oct. 28, at BBA at 4 p.m. in a quarterfinals matchup.