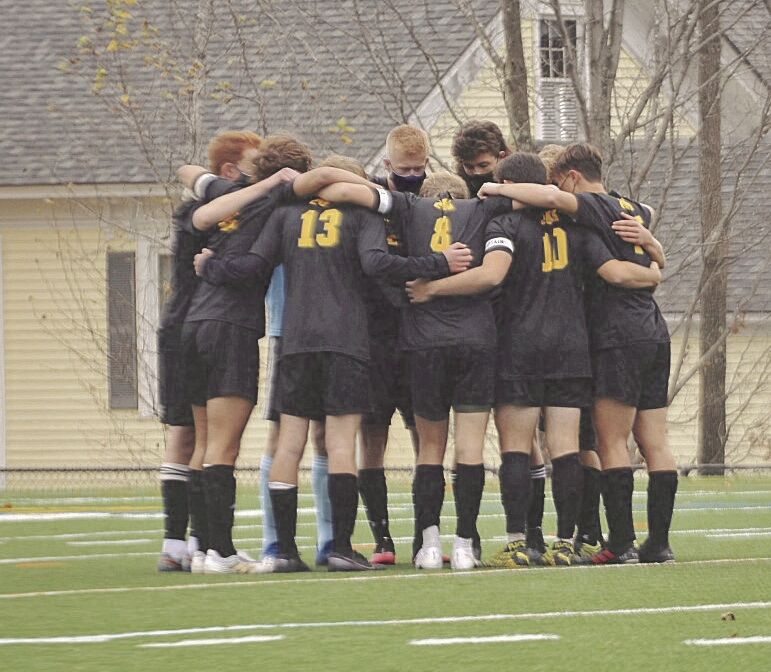 Burr and Burton huddles prior to the start of Tuesday's playoff game versus Rice. 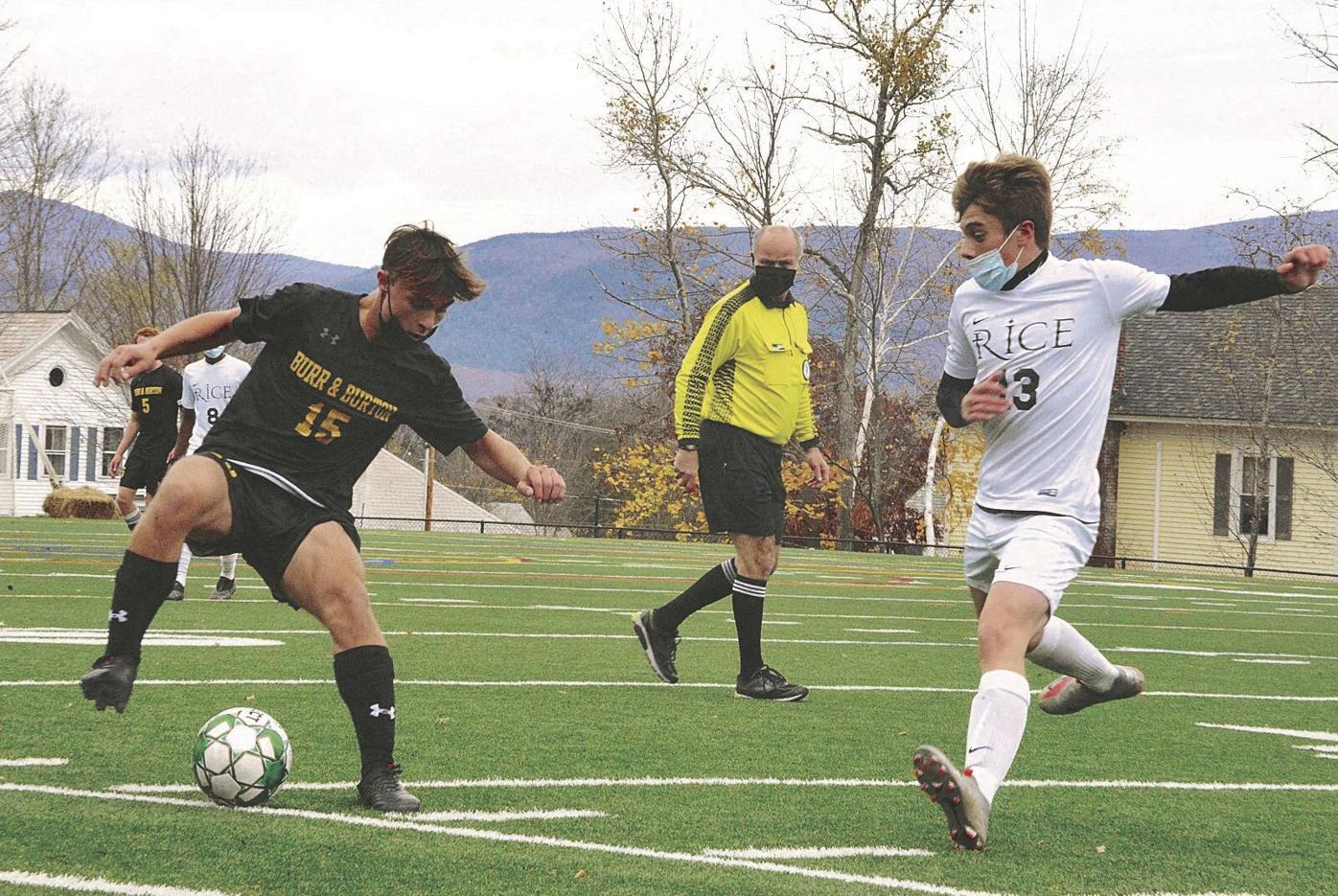 Burr and Burton's Karter Noyes controls the ball near the sideline during the first half of BBA's 1-0 win over Rice on Tuesday.

Burr and Burton huddles prior to the start of Tuesday's playoff game versus Rice.

Burr and Burton's Karter Noyes controls the ball near the sideline during the first half of BBA's 1-0 win over Rice on Tuesday.

MANCHESTER — No. 4 Burr and Burton and No. 13 Rice were locked into a tightly contested battle on Tuesday. Neither Division I squad could get on the scoreboard.

It took over 100 minutes to decide a winner, as the game went into double overtime. With less than five minutes to go in double overtime, BBA passed what appeared to be a nonthreatening through ball. Rice's keeper, Owen Greene, stepped up to clear the ball at the edge of the box. BBA's Karter Noyes applied pressure and the attempt to clear the ball deflected off a Rice defender. Greene gave an all-out effort to try and save the ball before it reached the back of the net. Greene's effort wasn't enough as the ball slowly rolled into the net and BBA escaped with a 1-0 win.

"That's just from all of us working hard and supporting each other the whole game," said BBA's Duncan Chamberlain of the score. "After 100-plus minutes, we scored that, and it was off hustle. It wasn't a beautiful goal, it was just one of our kids working hard."

Rice's high seed doesn't tell the entire picture of the team from South Burlington. The team has a lot of talent, and their 2-7 regular season record was largely due to a very strong strength of schedule.

The visitors made things very difficult for BBA. Rice registered twice the amount of shot attempts, 24 versus 12 for BBA.

Winning a game where you get outshot two-to-one is rare. Strong goalie play from both sides kept the game knotted at zero through regulation.

BBA's Emmett Edwards tallied 12 saves in the shutout victory. Rice's Green was equally impressive, coming up big in the few chances BBA had in front of the net.

BBA had a great opportunity to get on the board near the end of regulation. when Rice was called for a handball inside the box, resulting in a penalty kick with 4:43 to play.

Bloom fired a shot toward the left side of the net, but Greene dove and got a hand on it, deflecting the ball and silencing the scoring chance.

A red card was issued to a Rice player with 4:45 to play in the first overtime, giving the Bulldogs a one-man advantage for the rest of the game.

BBA used that break to their advantage as they controlled the ball for a large portion of the second overtime.

Walker Brown almost had the game-winner earlier in the second overtime, but his shot from just outside the box smashed off the corner of the goalpost.

Jayden Bloom has been one of the leaders all season long for BBA. He said extending his senior season with the win was "relieving."

The Bulldogs now await the winner of Thursday's matchup between No. 5 Burlington and No. 12 Mount Anthony.

Bloom was excited about the win, but his focus quickly shifted to the next round.

"Got to get ready for the next one," Bloom said.

The quarterfinal matchup is set for Saturday.