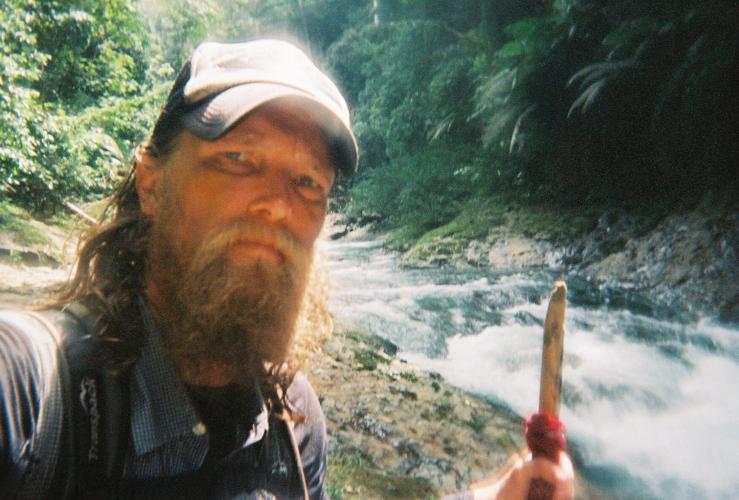 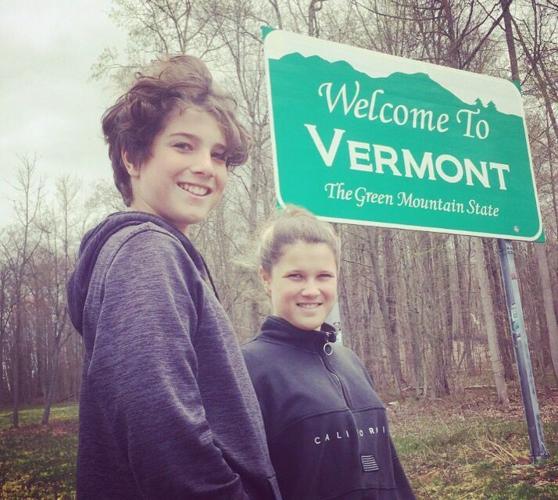 Andrew Whyte's children on his return to Vermont.

Andrew Whyte's children on his return to Vermont.

We bring our big water bottle in from the truck, and the nice waitress goes off to fill it up. We are sitting in a corner booth, and I am fidgeting with an LAX parking receipt, watching my 12-year-old son demolish a short stack of pancakes from his plate, at a place called the Blue Dolphin Diner.

We have just been reunited, my daughter, son, and me, following a two-plus year separation due to COVID. They have been in Australia.

For the past 11 days now, we have been driving from California, with stops in Tucson, Bisbee, Mexico and Chicago. From the Superheroes Museum in Indiana, we’ve crossed east to Albany, and into the bottleneck that leads back through to Vermont.

Why is Vermont the place from which I always depart, to begin every new adventure? Because it’s the place that I keep coming back to afterwards.

Soon we’re on the cut across from Troy to Bennington. The one that didn’t used to exist. The one that goes left forward, and straight. You know the one. And here I am just returning from having driven down to Costa Rica and back, having left my Dodge truck with my dad for the five weeks while I took “the trip.” Was that just then? During this lifetime?

Driving back into the Green Mountains, it’s almost hard to recognize or account for the complete square that I’ve apparently become, to be the one here pulling off the road for a photo of my kids in front of the Vermont sign. What makes me do this, I wonder to myself.

I notice that they’ve changed the font on the sign to something close to Copperplate Bold, and I think back to my first album “Hitchhiker’s Songbook,” as well as to such a flood of memories from this state. Jumping my first freight train from right there at the bottom of Union Street hill. Do you remember that, Earl?

And I have only just returned from the completion of my greatest adventure: the total hitchhike of the PanAmerican Highway (Highway 1), and specifically my recent overland solo traversal of the Darien Gap.

But for now we’re northbound on VT 7, from Bennington to Manchester. This is scientifically the longest 20-minute stretch of highway in the world, and my impatience sends me to the Arlington-Sunderland exit. This won’t make it any quicker to get downtown, but the weather is nice, and maybe we’ll just take Prospect and cruise on down through this spring afternoon. Past the Equinox pond. Past BBA (Burr and Burton Academy), or what used to be BBS (Burr and Burton Seminary) back in my day. Down past West Road, and the old burned-down purple Reluctant Panther Inn. Ten years of my life working there, and I slept in nearly every room of that old place.

Through the roundabout past the Northshire Bookstore, I wonder if they’ve sold any of my books. “Rule of Thumb” was the novel that I had recently been bookselling in Arizona and outside of L.A.

Four months ago, I was thrown into a Panamanian Immigration Camp, following my passage through the Darien Gap, and the subsequent charge that the government made against me for “irregular entry into the country.” And then I was stuck in Panama City as I petitioned my case, waiting on a response from the American Embassy.

I was asked, “What was the most important item that you took with you through the Darien Gap?” And the answer was: my hat. My normal baseball brimmed cap. And the reason is, so that I couldn’t see everything that was ahead of me. Or at least not all at once. I could lower my head a bit, focus on the obstacle right in front of me, and then try to just get through that next thing.

My last hitchhike ride in Colombia was a horse and cart heading north from Acandi through Via Nueva. The driver was about to let me off to cross Rio Muerto, and with the reins in hand, he asked me if the idea of crossing the jungle by myself “gave me fear.”

The old man looked at me sideways, and his eyes glinted as he said that he would take me across on his wagon. The wooden wheels of the cart sank and scraped down into the gravel of the river, testing the strength of the horse. The river water splashed up through the wooden slats of the cart. There was a hand-painted sign on the far side of the river, nailed to the tree. On a white background, the sign was in red and black lettering, reading in both English and in Spanish. And it left me with mixed feelings, but I will remember it always: “The one who seeks to achieve the impossible is stronger than fate.”

Andrew Whyte is a travel writer and graduate of Burr and Burton, and attended Middlebury College, where he, together with his friends, graduated infamously in a Grummand canoe down the slope of the Middlebury Snowbowl. The 20 minutes of video of “Through the Darien Gap” is available on YouTube, through the Potlatch Publishing channel. There is also a feature on GNAT, gnat-tv.org/andrew-whyte-through-the-darien-gap. A book about this Darien Gap jungle-crossing is presently in the works.