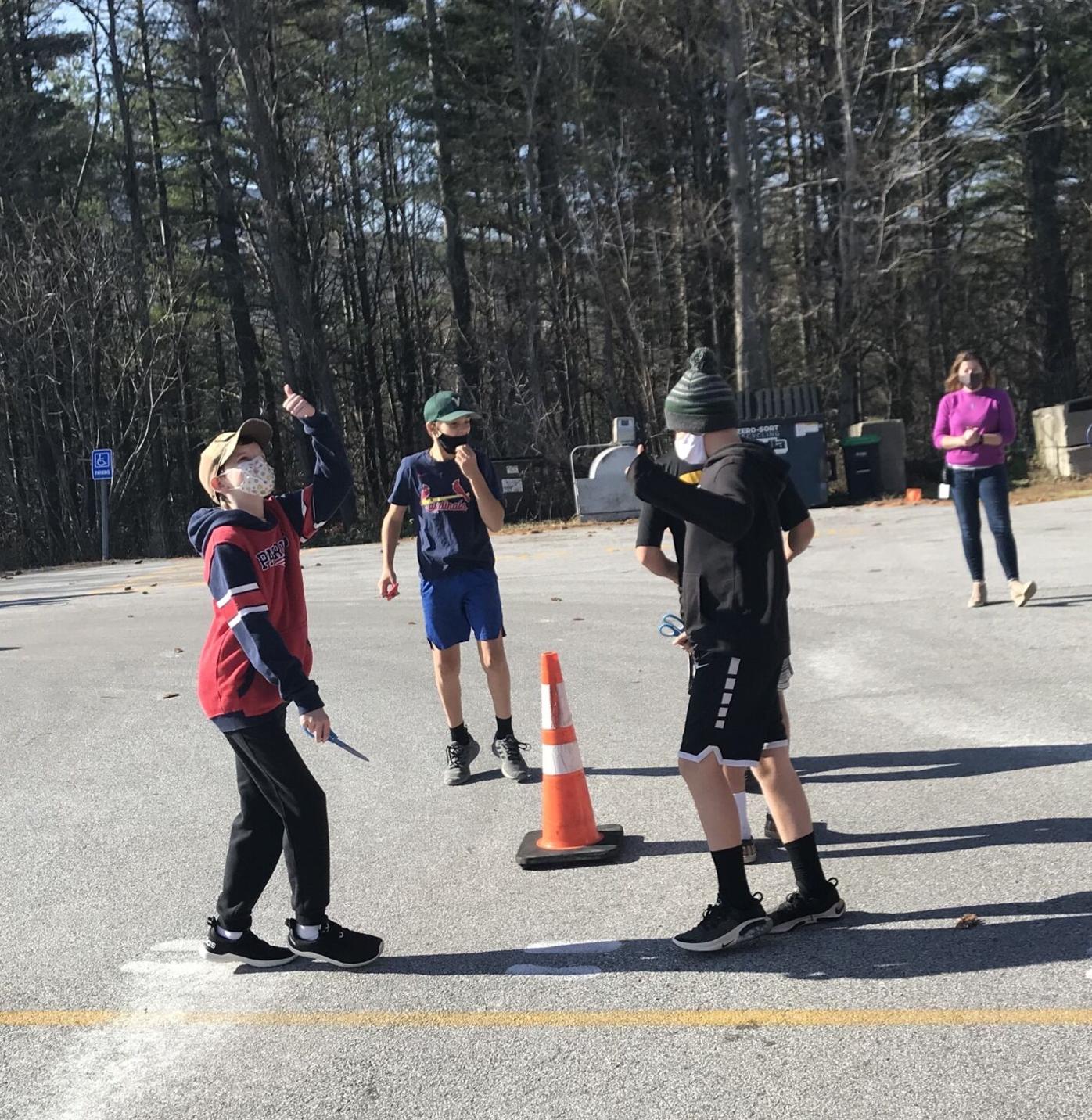 A masked judge signals a thumbs up for a safe Egg Drop landing. 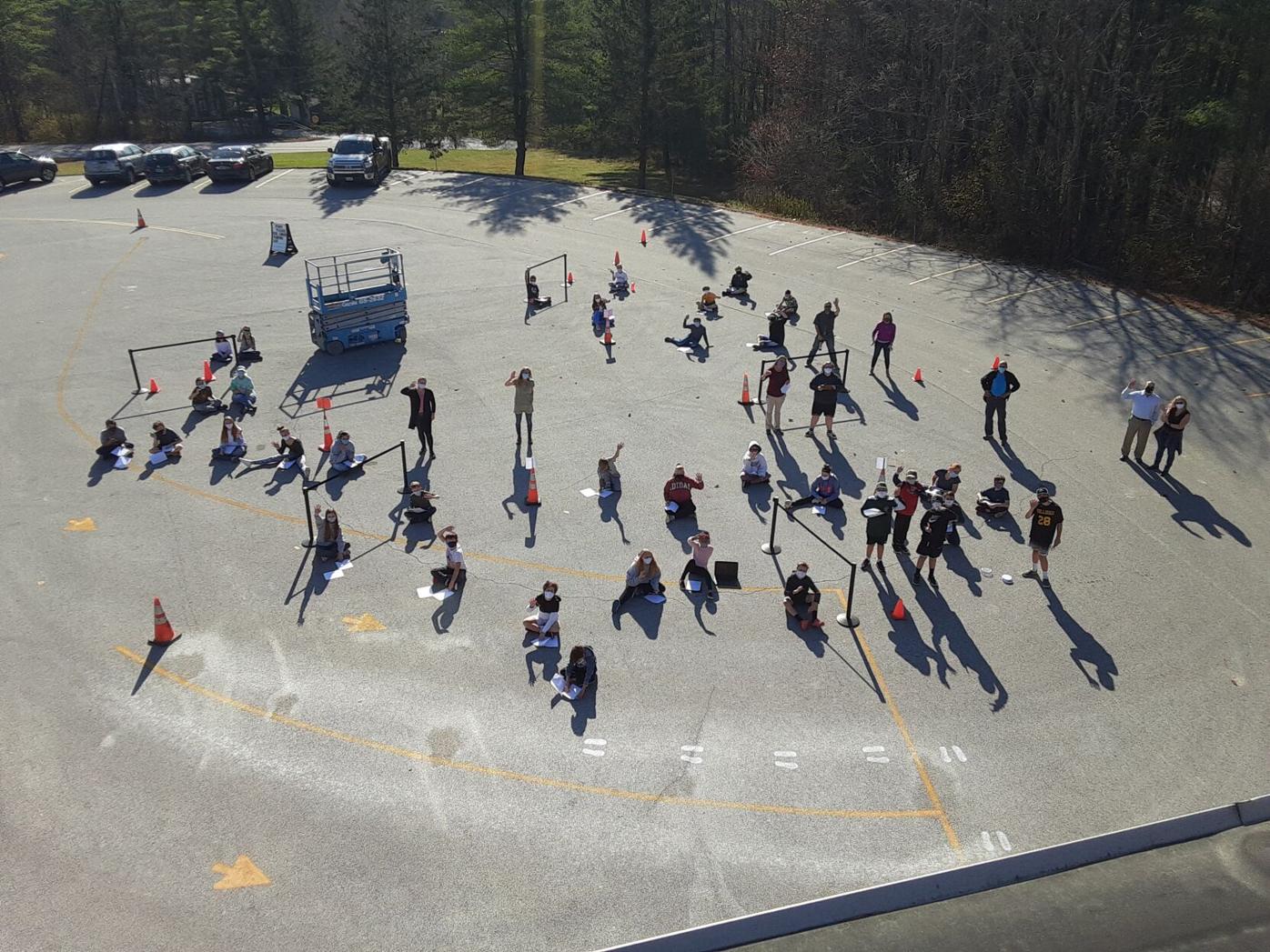 The Dorset School middle school students wait for the start of the Egg Drop. 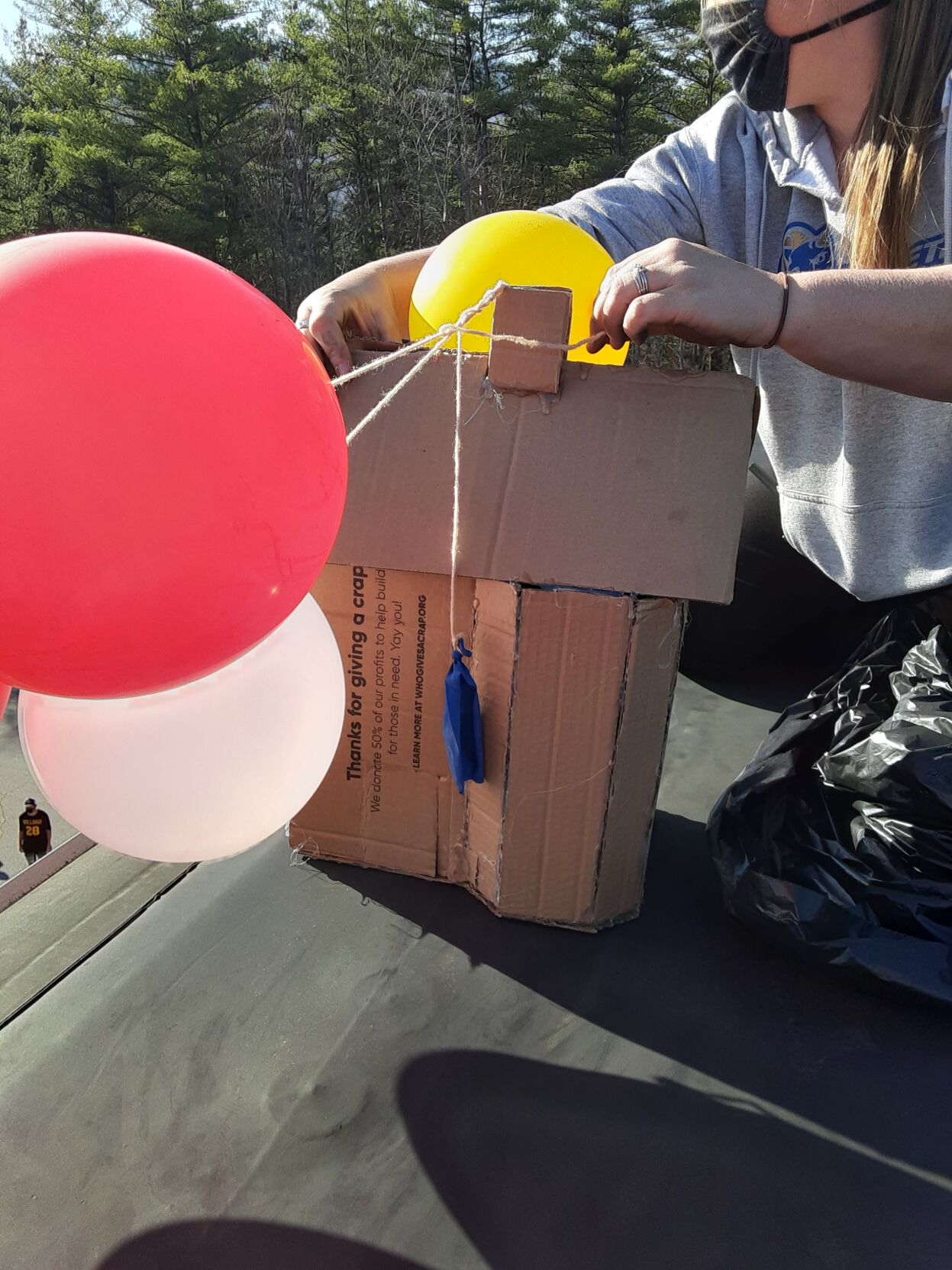 The Dorset School instructor, Mackenzie Dryden, gets ready to launch a cardboard house protecting an egg at the Egg Drop.

A masked judge signals a thumbs up for a safe Egg Drop landing.

The Dorset School middle school students wait for the start of the Egg Drop.

The Dorset School instructor, Mackenzie Dryden, gets ready to launch a cardboard house protecting an egg at the Egg Drop.

It was a great day for making omelets. Mother Nature offered up a postcard-perfect Vermont autumn day, topped by a blue, cloudless sky.

The main ingredient was The Dorset School Egg Drop, where middle school engineers watched hopefully from the parking lot as their carefully designed packages fell from the rooftop of the school’s gymnasium. Would their eggs survive unbroken?

The master chef behind this gathering was Dorset School science teacher, Heather McGann. Her students recently completed their studies of the engineering design cycle with a focus on problem-solving. Her challenge to her young scholars was to protect an egg from a fall of over 40 feet.

“We had to use as little mass or material as possible to protect an egg weighing at least five grams, Hansen said. “The winner would be the student with the lightest overall package whose egg did not break.”

With a smile, Hansen also shared some bad news, “Helium and hard-boiled eggs were off-limits.”

Plastic bags took on the role of parachutes and one student protected their egg in a container filled with popcorn. It worked!

Another youngster may have taken a cue from the animated movie “Up!” They used duct tape to suspend the fragile cargo inside a cardboard house attached to air-filled balloons.

The Egg Drop included 62 students from the sixth-, seventh-, and eighth-grade. At the appointed hour, the children assembled in The Dorset School parking lot, respecting distance protocols.

McGann, with the help of Special Education Instructor Mackenzie Dryden, transported the projects to the gymnasium roof where they were cheered by the young scientists below.

As each project was dropped from on high, a two-person team of student judges rushed to the debris to carefully determine if the egg was safe. Smiles and a jubilant thumbs up indicated all was well. A shake of the head was bad news. The students on the pavement tabulated the results in real-time and cheered or groaned with every outcome.

McGann was pleased with the work of her young charges.

“The kids were so inventive and I loved how they worked as individuals first, but then came together as a team at the end to celebrate their creations,” McGann said. “I’m also pleased that we were able to include our distance learners with the in-person students. The Egg Drop gave all of us a needed shared experience.”

The final tally showed that 56 percent of the eggs survived, with the rest ending up in sticky pieces. No omelets were made. But sometimes you have to break some eggs to make science fun.