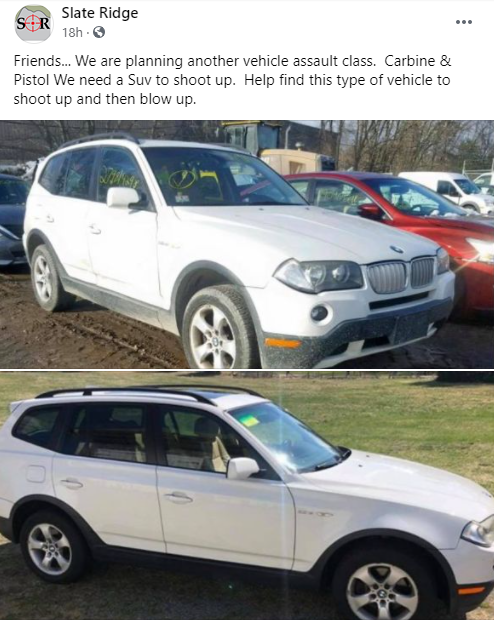 A Facebook post from the old Slate Ridge page. This vehicle type matches one driven by the daughter of a neighbor of Daniel Banyai. 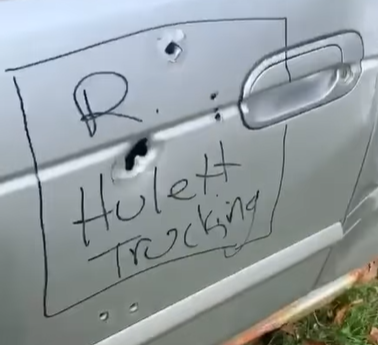 The door of a vehicle from a video posted by Slate Ridge. It bears the name of Daniel Banyai’s neighbor’s business. 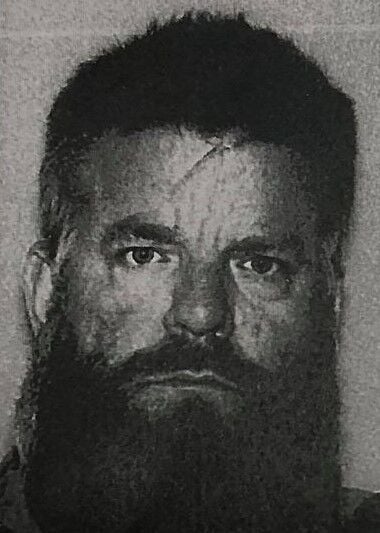 A Facebook post from the old Slate Ridge page. This vehicle type matches one driven by the daughter of a neighbor of Daniel Banyai.

The door of a vehicle from a video posted by Slate Ridge. It bears the name of Daniel Banyai’s neighbor’s business.

The protective order was granted to Banyai’s neighbor Mandy Hulett, who sought the anti-stalking order against Banyai in December 2020 on behalf of herself and her children after she said Banyai posted threatening messages about her family on Facebook, causing her family “great emotional distress,” and said, “they feared imminent physical harm.”

“I don’t respect your journalism,” he said. “I don’t understand, it’s like a slap in the face. I’m saying now and forever, I don’t want you guys to contact me. I have no comment for eternity.”

He also said that he meant no harm to the Huletts and didn’t intend for the posts to be construed as threats.

But trial court Judge Helen Toor, of Rutland Superior Court, didn’t buy Banyai’s arguments and said the Facebook posts detailed at trial would constitute a threat to “any reasonable person.”

Among the threats included was a video of a vehicle assault class at Slate Ridge during which a vehicle door bearing bullet holes had “Hulett Trucking,” the name of the company owned by Rich Hulett, Mandy’s husband, written on it.

Another post said Slate Ridge was looking for a vehicle to shoot up in the next training and showed a photo of a vehicle that matched one driven by Hulett’s teenage daughter.

The Supreme Court, after taking oral arguments, affirmed the trial court’s original decision, including that Banyai did control the Facebook page for Slate Ridge and the posts did constitute a threat.

Banyai had argued that the posts were protected under the First Amendment as political speech, but the Supreme Court ruled that, “based on the evidence, the court reasonably considered the messages ‘true threats.’”

“The trial court rejected defendant’s characterization of the posts and its decision is consistent with our case law and supported by the evidence,” the court wrote. “The court found nothing political about asking others to ‘eradicate’ plaintiff’s family, to find a vehicle similar to her daughter’s to shoot and blow up ... or shooting up a truck bearing the name of plaintiff’s family business. The ‘eradication’ messages, moreover, had plaintiff’s home and work address with the notation that she worked the midnight shift.”

Since those posts were made on the Slate Ridge Facebook page, the page was taken down amid talk of an investigation by Vermont State Police.

A new Facebook page, Slate Ridge VT, was launched, but access is tightly restricted with only 56 members as of Wednesday, and posts to that page are limited to Second Amendment, pro-gun and conservative political posts since the no-stalking order was put in place earlier this year.