PAWLET — Daniel Banyai’s Second Amendment picnic at Slate Ridge was a success by all accounts but he is now facing a civil contempt charge from the Town of Pawlet.

Pawlet Town Attorney Merrill Bent filed a motion for civil contempt and request for hearing Wednesday in the environmental division of Superior Court. 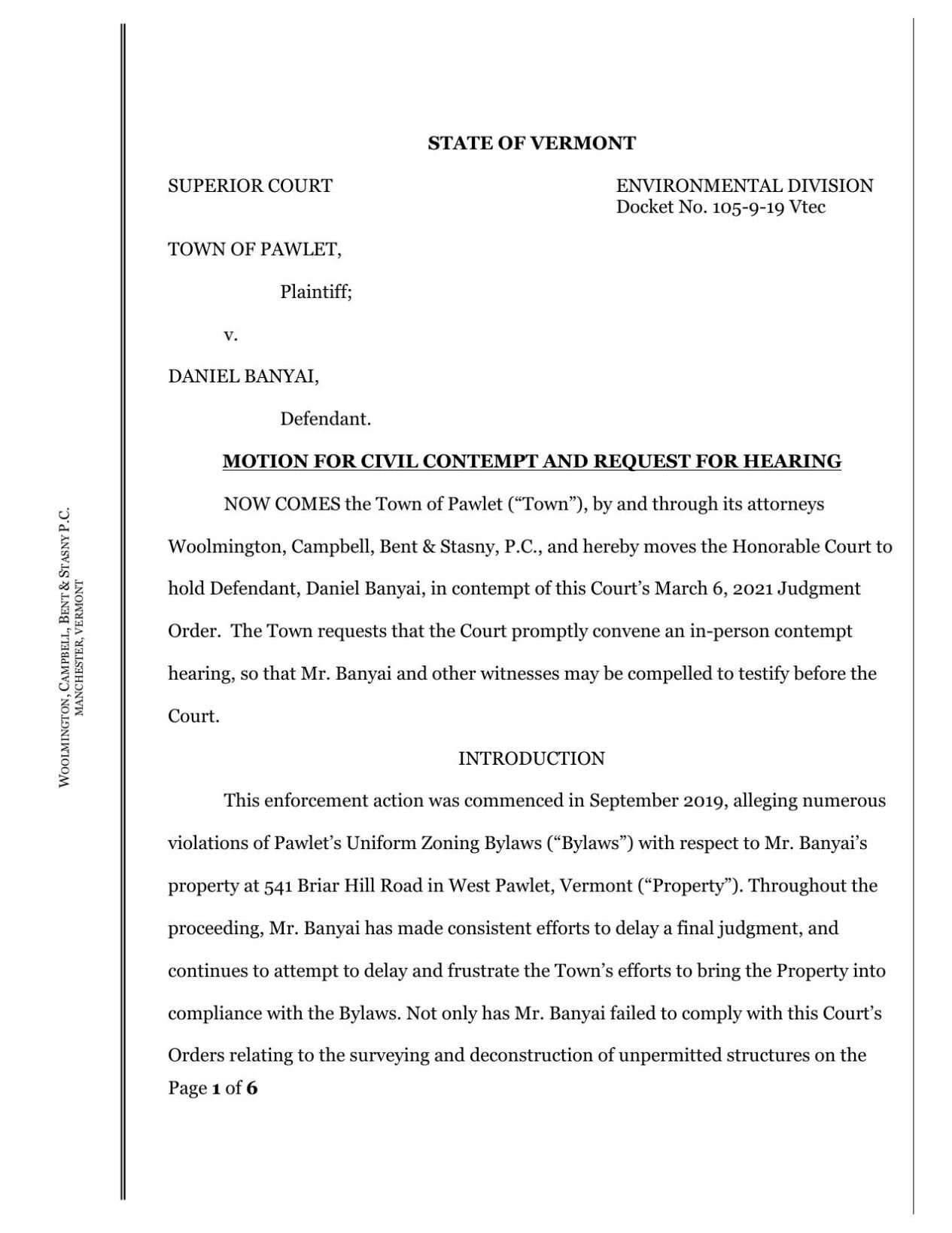 The motion asks the court to hold Banyai in contempt of the Court’s March 6 judgment and to convene a hearing to compel Banyai and witnesses to testify.

The contempt allegations are related to the shooting of guns that took place during the picnic that the town alleges violates the court order, which includes surveying and tearing down unpermitted structures, allowing firearms training on the property and failure to pay fines assessed by the court.

The motion asks that the fines be increased to $200 per day because “Mr. Banyai has roundly demonstrated that a court order is not enough to compel him to conform his conduct to legal and community standards.”

The motion asks the court to find Banyai in contempt and issue an order permitting the town to enter the property to dismantle the unpermitted structures with the cost of the work, as well as the $200 per day fine retroactive to March 6, be imposed as a lien upon the property. 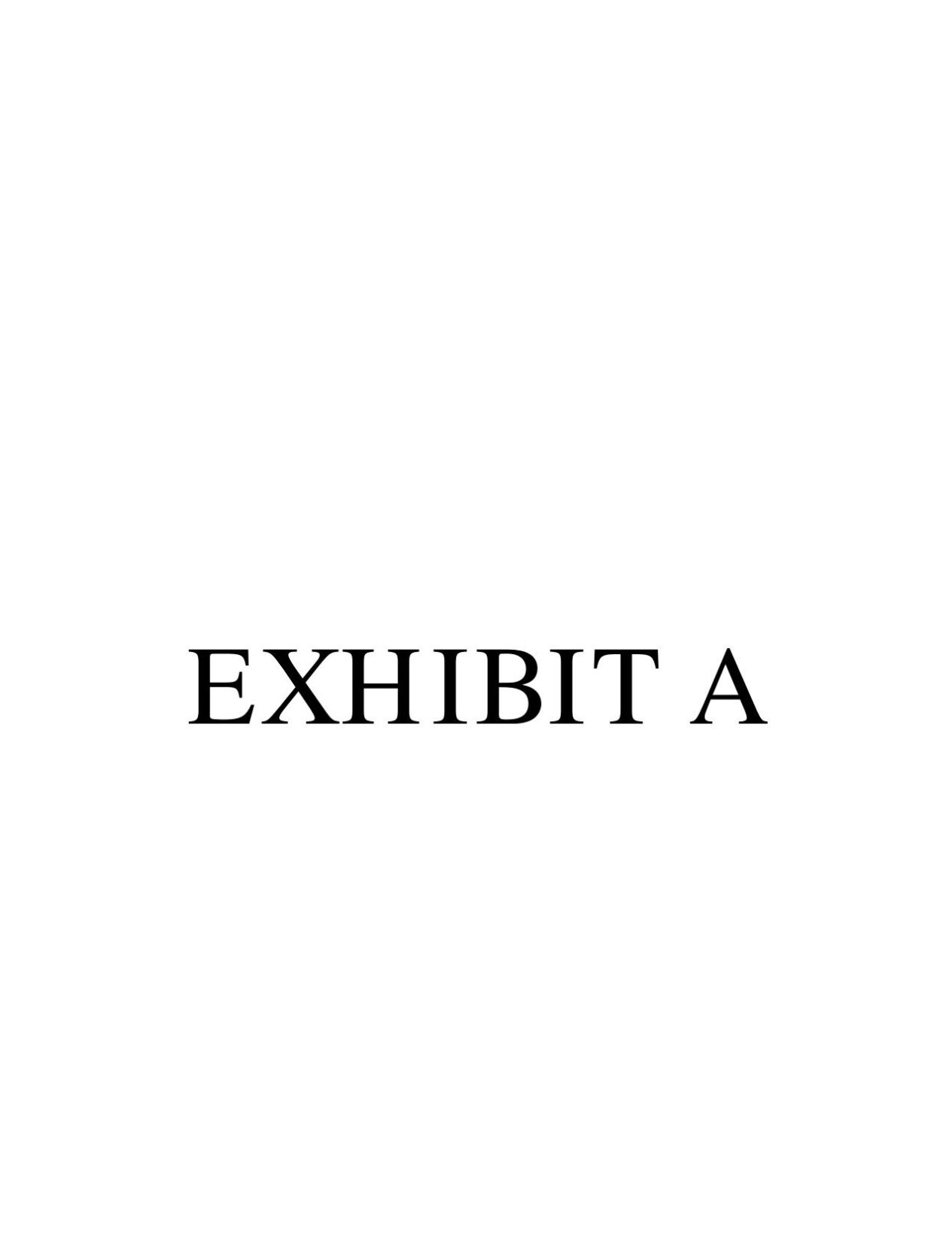 The motion includes an exhibit that shows three photos taken during the picnic showing attendees, as well as one carrying what appears to be a semi-automatic military-style rifle and a third person shooting a handgun at a target.

In an interview of a person who attended the event, it was estimated that there were about three dozen people in attendance at that time in the afternoon.

Some estimates have placed the attendance at 50 to 100 people.

The individual, who is asked that no identifying information be released, attended the event out of curiosity.

This person said that throughout the event, which primarily consisted of people standing around and talking, Banyai was friendly throughout and talked to anybody who approached.

The picnic was filmed by Adam McLain of PCP Media out of New Hampshire, who published a video on YouTube after the event.

In the video McLain says into the camera, “The range has been legally shut down. He was legally supposed to tear everything down. And I can tell you, ain’t nothing been torn down, so that’s pretty, pretty awesome that we have some very civil disobedience going on.”

Later, some attendees took to the range to shoot handguns and rifles.

At about 5 p.m., a Vermont State Police trooper arrived. The VSP call log at that time reports the call as a suspicious person/circumstance.

In addition to the attendees, there was a vendor table set up for Armory Barn, a Vermont firearms-related business. Another table offered information about the Vermont State Militia.

A person familiar with the group said that from watching the video, many of the attendees were militia members, which has been strong supporters of Slate Ridge and based its training there before the range was shut down by the courts earlier this year.

Banyai had said at one point that there would be political speeches and other dignitaries, but the individual who attended the picnic said there were none of those people.

(Editor's Note: The name and home base of the videographer was wrong in the story. His name is Adam McLain and he works out of New Hampshire.)