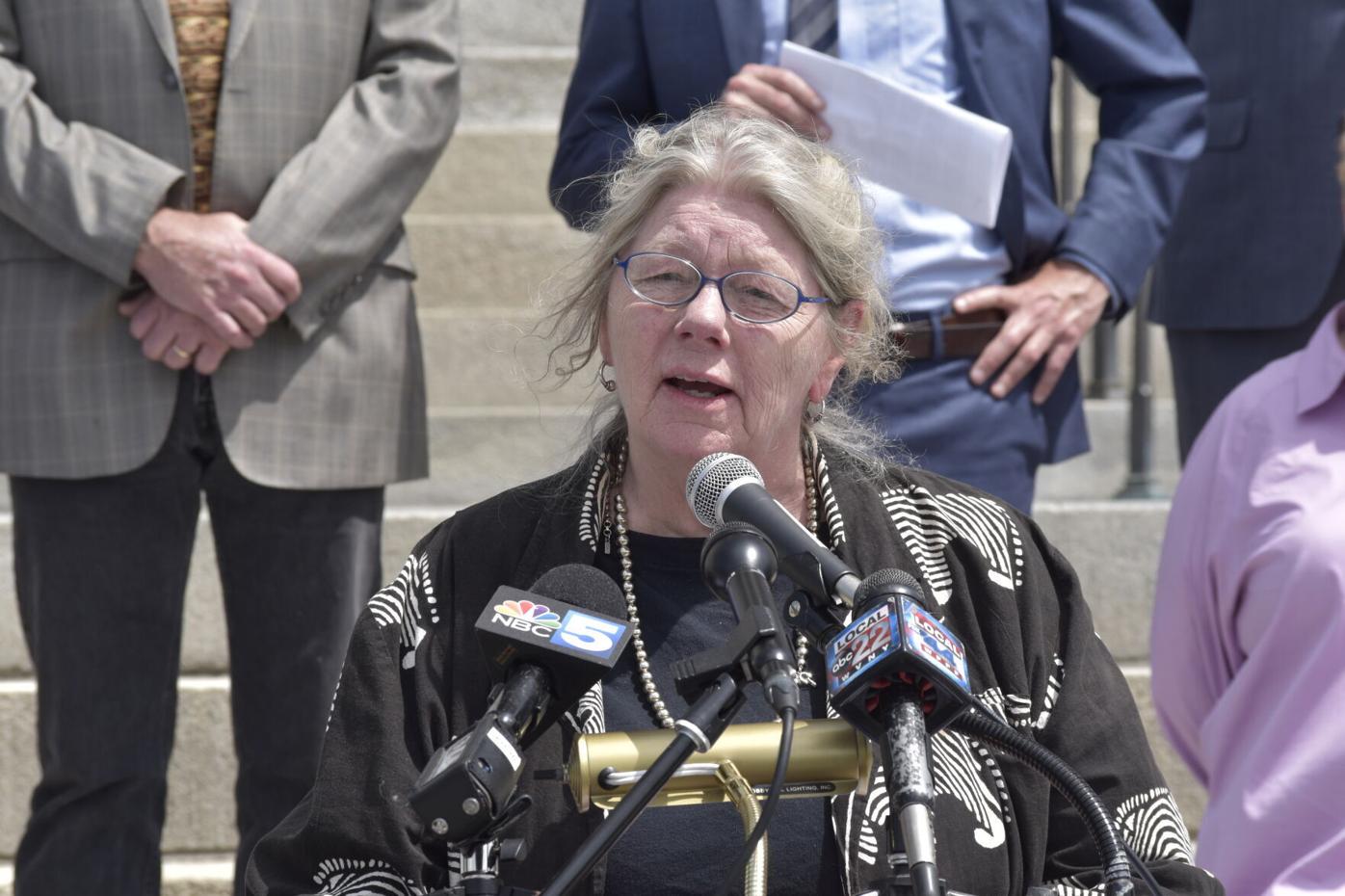 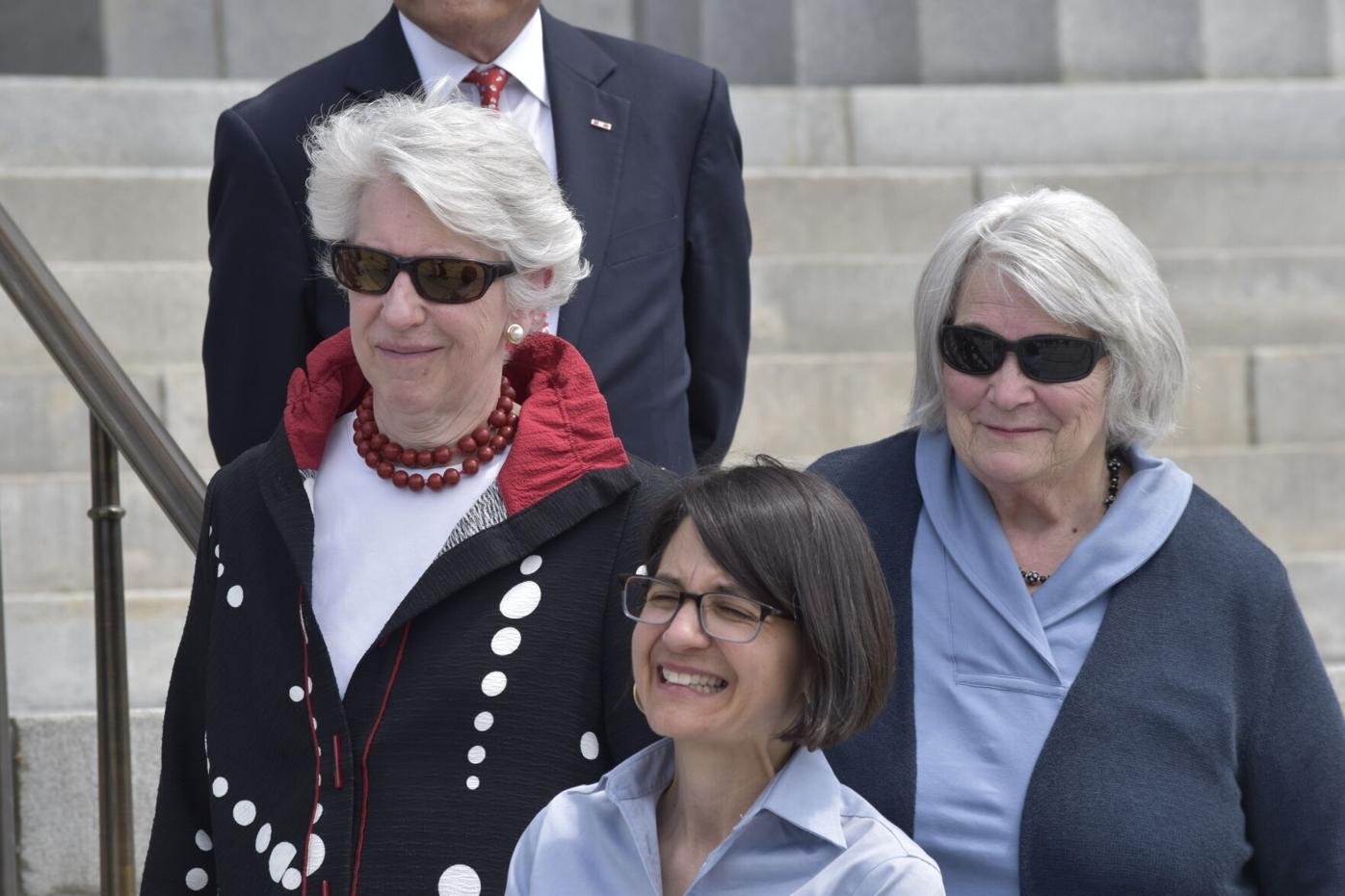 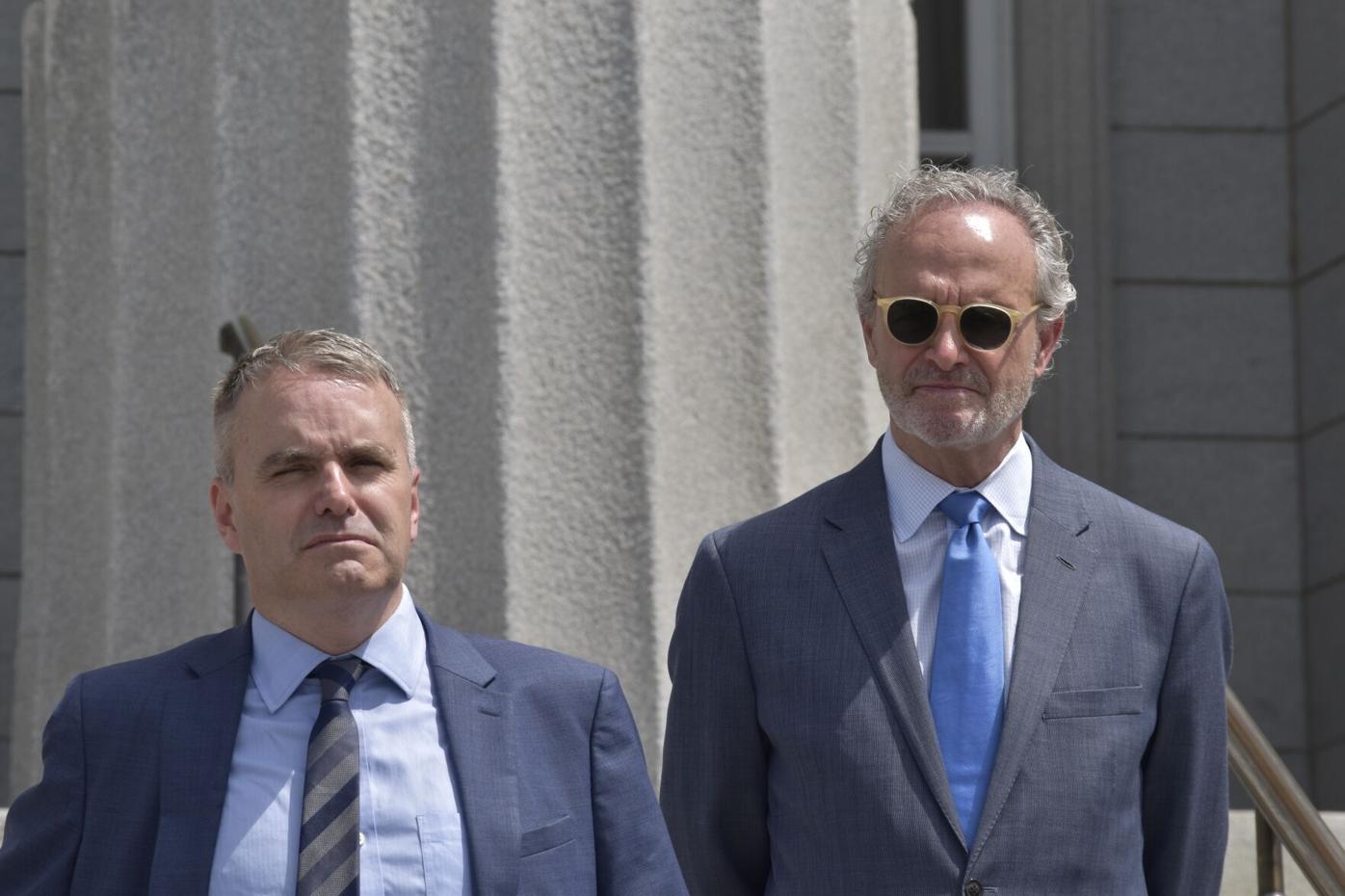 Vermont Sens. Brian Campion, D-Bennington, and Christopher Bray, D-Addison, were among participants at a Senate wrap-up event at the Statehouse on Wednesday. 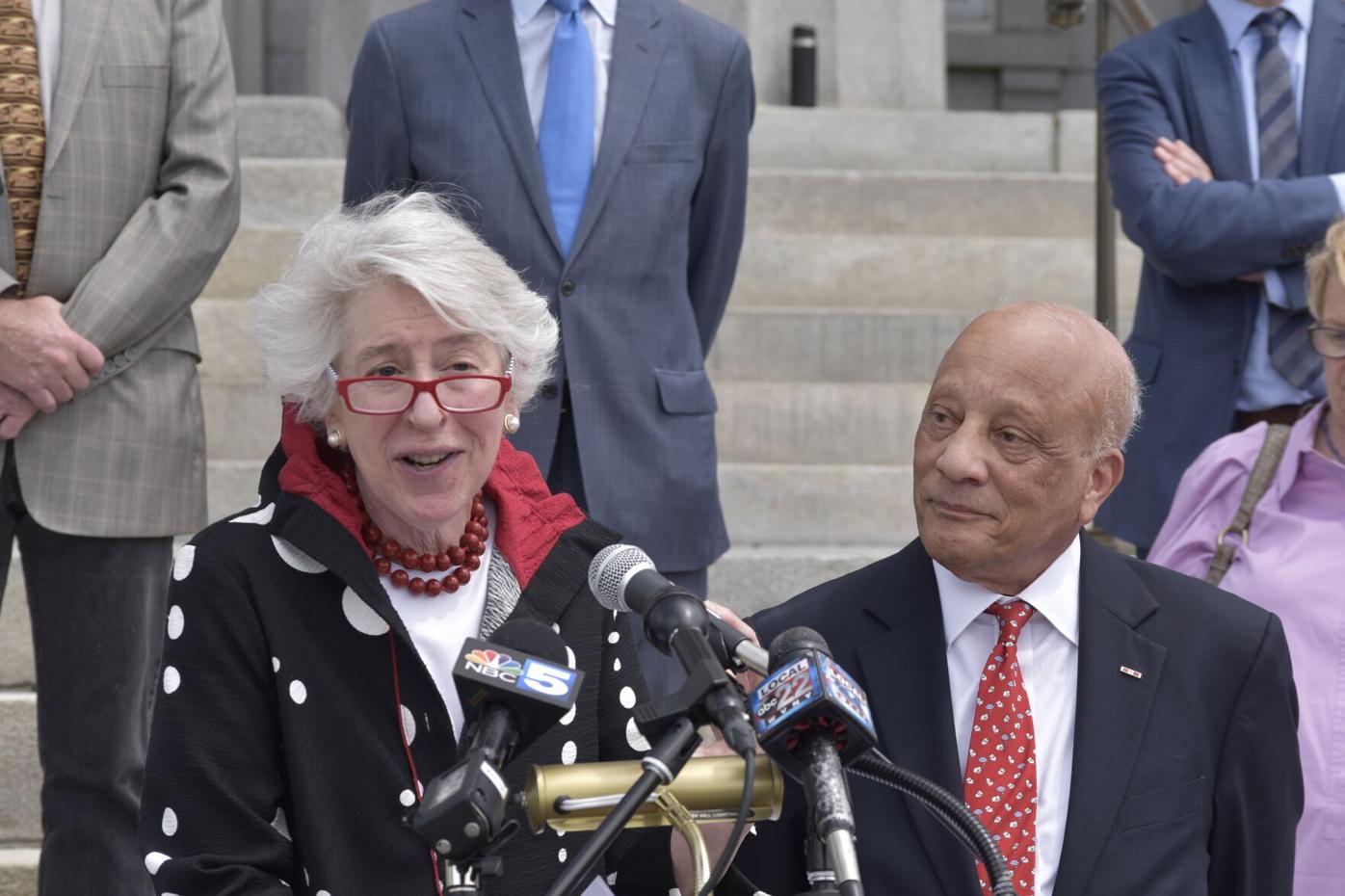 Senate Majority Leader Alison Clarkson, D-Windsor, and Minority Leader Randy Brock, R-Franklin, share the podium during a wrap-up of the 2021 session on Wednesday.

Vermont Sens. Brian Campion, D-Bennington, and Christopher Bray, D-Addison, were among participants at a Senate wrap-up event at the Statehouse on Wednesday.

Senate Majority Leader Alison Clarkson, D-Windsor, and Minority Leader Randy Brock, R-Franklin, share the podium during a wrap-up of the 2021 session on Wednesday.

MONTPELIER — Most of the Vermont Senate’s committee chairs gathered on the statehouse steps Wednesday, looking back at their accomplishments and taking an opportunity to visit a building they’ve barely stepped foot in this year.

With Senate President Pro Tem Becca Balint as master of ceremonies, local senators Brian Campion, D-Bennington, and Jeanette White, D-Windham, as well as their peers, ran through the bills they passed in the session that ended two weeks ago and outlined future priorities as well.

Sen. Dick Sears, D-Bennington, the chair of the Judiciary Committee, was unable to attend. He was represented by Sen. Joe Benning, R-Caledonia, a member of the committee.

In addition to speaking on their allocation of federal relief dollars and key legislative achievements, senators did something else they haven’t been able to do in a year: exchange handshakes and hugs, now made possible by vaccination against the COVID-19 pandemic that forced the Senate and the House into virtual sessions.

A series of warm greetings between senators preceded the event, and White, who rode up from Windham County with Balint, her seatmate, walked up to the Senate chamber just to see her desk again.

Balint called the gathering “one of the most beautiful things I’ve seen in a long time.”

“They love this building and everything that it stands for,” Balint said of her colleagues and their desire to hold a public wrap-up event.

“As one of the most visible LBGTQ leaders in the state, I am here today as your pro tem because these people voted for me to be their leader,” Balint, the first woman and first openly gay person to lead the Senate, said. “They believed in me. This is a moment of pride not just for me but for them. I am so proud to kick off pride month and stand here with my colleagues.”

Some of the highlights cited Wednesday are familiar topics, even to casual observers. Sen. Ann Cummings, who chairs the finance committee, highlighted the universal broadband bill. Sen. Jane Kitchel, the chair of the Appropriations Committee, detailed budget highlights and reviewed transportation initiatives on behalf of Sen. Michael Sirotkin, who could not be present.

But the event allowed senators to highlight bills that didn’t make as many headlines but were headline-worthy.

Campion highlighted S. 114, which focuses on literacy instruction, as “one of the most important and transformative” bills the Legislature addressed all session for its potential for long-term positive impacts in peoples’ lives.

White, the chair of the Senate Government Operations Committee, pointed to S. 15, which made the sending of ballots by mail permanent for all general elections, and to her committee’s work on S.449, the pension governance reform bill. Sen. Christopher Bray, pointing to the important work of addressing climate change, pointed to S.109, which will allow for the weatherization of 120,000 homes. And Sen. Bobby Starr, chair of the Agriculture Committee, was proud of his panel’s unanimous, bipartisan support for universal school breakfast.

“Sure, we did some very good things, like getting at least some needed COVID-19 relief to struggling businesses. But we failed to articulate a clear strategy for fully implementing the once-in-a-lifetime transformational changes offered by an unprecedented influx of federal recovery money,” Brock said.

Key among the missed opportunities, he said, was the decision to address the state’s multi-billion unfunded pension liability with a task force, rather than structural changes.

”Yes, the Legislature made the actuarily required contributions to our pension system. But we had an opportunity to use a multi-million dollar surplus to pre-pay some of our unfunded liabilities, which would have effectively saved Vermonters $822 million down the road,” Brock said.

Speaking from notes Sears provided, Benning highlighted the Judiciary Committee’s work on justice reinvestment bills including S.7, which sought to broaden and simplify the process of expunging criminal records for persons who have met their obligations and stayed out of trouble, and S. 18, which removed “earned time” for certain serious offenses. He also noted the committee’s work in eliminating the statute of limitations for sexual abuse of children, updating sexual consent laws, and doing away with the so-called “gay panic defense” in assault cases.

Benning is also chair of the Institutions Committee, and he spoke to the need to accommodate the return of lawmakers, staff, the media and the public to the Statehouse. He assured the media that Zoom coverage of floor sessions and committee hearings will continue. And he said that the state needs to consider physically expanding the Statehouse for future generations — and for needs that were not envisioned in the 1850s.

”This is the most important facility in Vermont,” he said. “We have a moral responsibility to take care of it for future generations.”