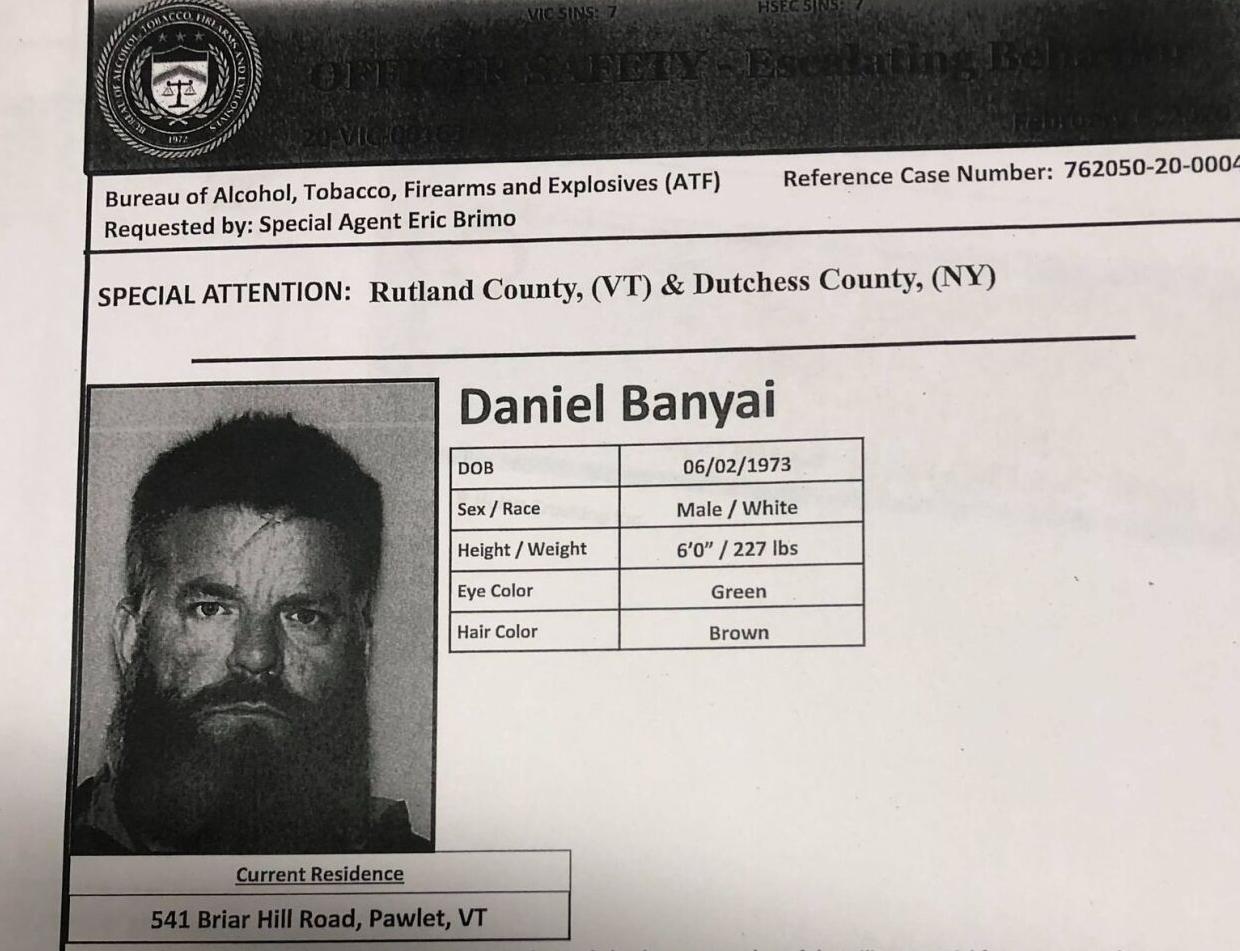 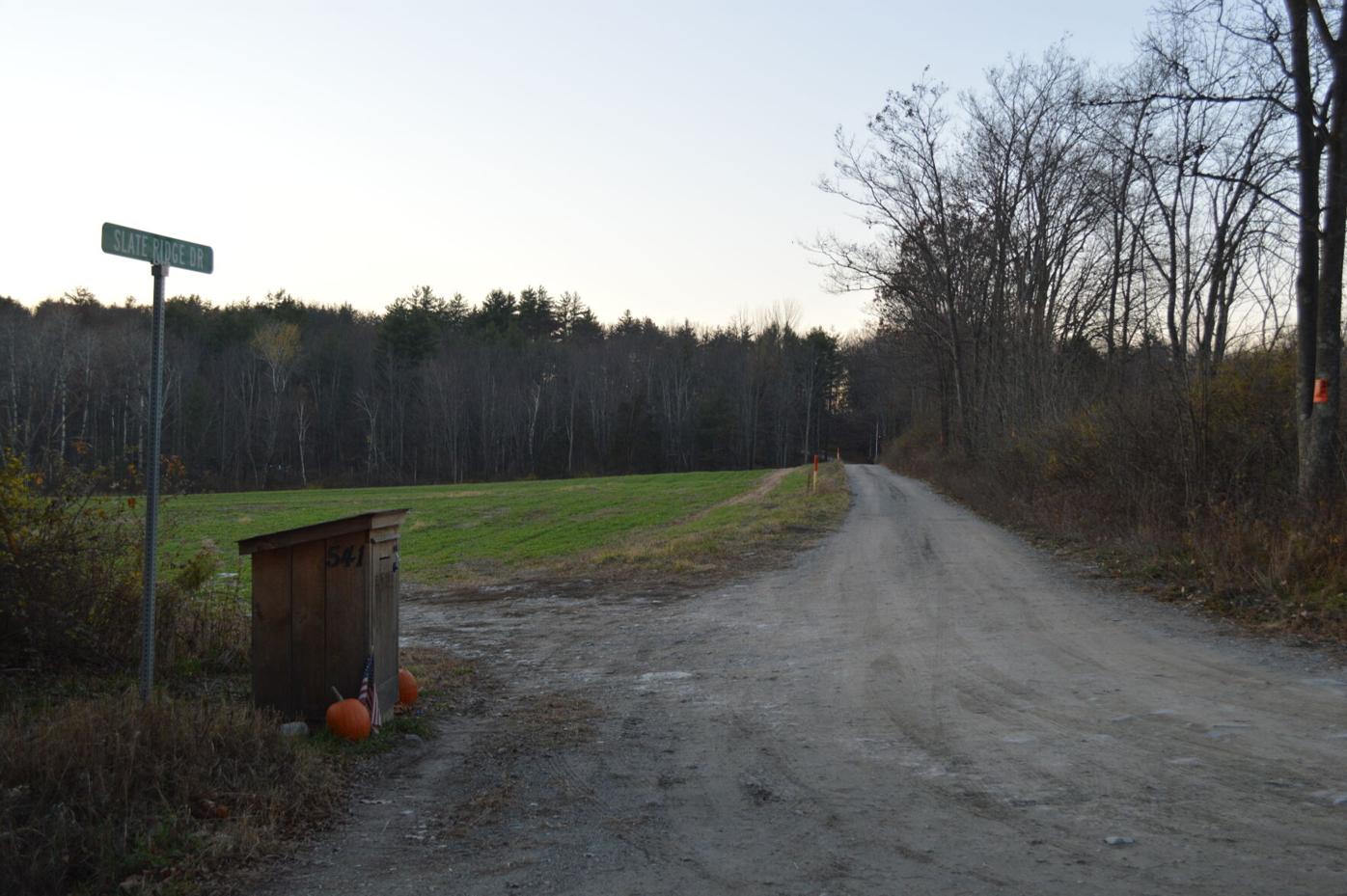 The entrance to Slate Ridge, at 541 Briar Hill Rd. in West Pawlet. The unpermitted shooting facility is hidden back in the trees and not visible from the road.

The entrance to Slate Ridge, at 541 Briar Hill Rd. in West Pawlet. The unpermitted shooting facility is hidden back in the trees and not visible from the road.

A group of Pawlet neighbors said they’re tired of being labeled as anti-gun liberals in a dispute with a property owner running an unpermitted shooting range and firearm training facility and they blame the town’s leaders for allowing the situation to get this far out of control.

Instead, the neighbors said, they’re conservative gun owners themselves whose hobbies include hunting and competitive shooting, but their neighbor, Daniel Banyai has tried to paint them as opponents of gun rights.

The neighbors, some of whom have spoken on the record and others only on background, say they fear for their safety. They’ve also lost the peaceful nature of their neighborhood that now sounds like a war zone on weekends.

Every weekend, people come from throughout the region to shoot at the firearm training facility known as Slate Ridge. Some weekends feature classes and neighbors say the volume of gunfire can be intense.

But there are also the threats they’ve had to endure as Banyai has posted their information on the Internet in retaliation for their efforts to fight Slate Ridge through the town’s zoning procedures and courts.

Most say they now keep firearms handy at all times and no longer count on calling police for help, because multiple calls in the past either went unanswered or they were told there was nothing that can be done.

And, the neighbors say, the situation could have probably been avoided altogether if the town had only enforced its own zoning ordinances and followed town bylaws when Banyai was first found to be operating the shooting range known as Slate Ridge.

The town, through its lawyer, has said it’s not the lack of action, but the slow wheels of the court system that has taken so long.

Despite repeated efforts to get Banyai to answer questions or provide his side of the story, he refused after lengthy off-the-record chats.

He finally cut off communications in a private message through the Slate Ridge Facebook page.

“Sir please cease and desist from contacting me or slate ridge. Thank you.”

A message was posted on the Slate Ridge Facebook site asking, “What are your thoughts about the Manchester Journal?” When he was, again, given a chance to comment for this story, he refused and shut down discussion again.

“Sir please leave our page. Your [sic] not welcomed here. Thank you.”

The story, first reported by VTDigger, has primarily focused on Banyai and his followers’ guns and threats of violence.

Neighbors continue to be worried about living in proximity to Banyai and Slate Ridge.

In another video, in which participants are shooting into a vehicle, someone has written Hulett Trucking, the name of a neighbor’s business on the door.

There are many reports of people on neighboring properties encountering armed groups patrolling the perimeter of the Slate Ridge property.

But a recent situation with two deer hunters raised the neck hairs on many in the area.

A man and teenager were bow hunting on a property neighboring Banyai’s Slate Ridge on Oct. 13.

The details are captured in a written statement given to the Vermont State Police.

The teen shot at a deer and believed he hit it. But there were more deer in the field and so as not to disrupt the other hunter’s chances, he stayed put until after shooting light faded away.

The teen called his father, who lived nearby, and with another teenager, the four began looking for the deer.

They were careful not to trespass onto Banyai’s property, but they still found themselves having a spotlight shined on them and a voice, believed to be Banyai’s, yelled from the woods demanding to know who they were.

Because they weren’t trespassing, they didn’t feel they needed to identify themselves.

“If you want to play that game, then I will shoot you,” Banyai yelled.

That prompted one of the men to answer back that they were with a 17-year-old and a 14-year-old and just looking for a deer.

“Step across that line and I will teach them a lesson when I shoot you,” Banyai yelled.

One of the men then called the police and were advised to get out of the field. The Pawlet town constable and Vermont State Troopers arrived but, so far, no charges have been filed.

After having dealt with the unpermitted shooting range and escalating threats, the neighbors have grown tired of waiting for the town to enforce its zoning. Neighbor Mandy Hulett went public with a Facebook post Oct. 18.

“Typically, I’m not one to post negatively but I feel that I have to throw this out there in case something happens to me or one of my family members.... you are all witnesses,” she wrote.

“His social media accounts are full of lies and hate towards us and many other good people. It’s unbelievable how one individual can create such a toxic environment.”

In 2018, Pace University kicked him out, banned him from campus and issued a warning to students and faculty after he threatened a dean and his family saying they would “suffer a miserable tortuous event and then you will die,” after the dean refused to change Banyai’s failing grade.

That threat was cited as one of the reasons his New York pistol permit was revoked, according to VTDigger, and Banyai was required to turn in his firearms.

According to New York authorities, Banyai has pleaded guilty to a single count of third-degree criminal possession of a weapon, according to Senior Assistant District Attorney Melissa Pasquale.

Pasquale told the Journal Banyai has agreed to a plea bargain reducing the charges from the two felonies he was originally charged with.

A scheduled hearing to deal with sentencing was originally scheduled for Nov. 4, but was adjourned until Jan. 15, at which time he is expected to be sentenced.

The Bureau of Alcohol, Tobacco, Firearms and Explosives issued a bulletin for Rutland County, Vt., and Dutchess County, N.Y. about Banyai.

According to the bulletin, Banyai is believed to be unlawfully in possession of a large cache of firearms and ammunition and he is currently prohibited from possession or purchasing firearms, but he has refused to follow the order to surrender his firearms. In the bulletin, the ATF says Banyai is known to carry a pistol in his waist or vehicle and may become agitated if encountered by law enforcement.

It also says he “falsely claims he is a federal agent, member of the military special forces community or an emergency management professional” and may present false credentials.

The zoning issues are the map that directs the course of action as to how Slate Ridge and its neighbors got to where they are and court documents and town board minutes fill in the blanks.

Banyai, in late 2017, began operating a firearms training facility on roughly 30 acres he owns at 541 Briar Hill Road. Banyai claims to have owned the property since 2011, according to minutes from a Pawlet Board of Tax Abatement meeting in July 2019. In 2017, the land was unimproved with no road frontage. It’s accessible by a 30-foot-wide easement across the edge of Mandy and Rich Hulett’s property.

Banyai, according to a “Findings of Fact, Conclusions, and Order,” by the Pawlet Development Review Board, built an unpermitted 500-square-foot structure on the land at about that same time. He then filed for an after-the-fact zoning permit in December 2017 for the structure, defining the existing use as “Land,” and the proposed new use as, “school,” sending along a sketch with two rectangles to represent the property and building.

The application was denied in January 2018 by the town zoning administrator because the right of way wasn’t wide enough to meet current zoning requirements and the DRB denied Banyai’s request for a variance.

A lengthy meeting of the Pawlet Planning Commission on June 25, 2018, revealed the problems but no solutions.

Question after question about the property at 451 Briar Hill Road was brought up, according to published minutes from that meeting.

They wrangled over the definition of a “school,” as the town tried to react to Banyai calling his facility a school, but then it was revealed that Banyai had decided to apply for a permit as a “classroom,” rather than a school.

The questions were plentiful. Why was there no Act 250 process? What about declining property values. How can a “school for gunfighters” be permitted on 30 acres? How can unpermitted buildings be allowed to stay? Why were no fines levied? How could this development be allowed with no permits?

But there were no answers or solutions to any of the concerns and one person who might be able to help, town attorney John Thrasher, wasn’t in attendance.

John Davis said he thought the different boards had been passing the buck.

“This is about our quality of life,” Davis said, according to the minutes of the meeting.

Recently, town attorney Merrill Bent said she doesn’t see the situation being a case of the town falling down on its responsibility, but of a slow process.

“The town has been diligently moving forward through the courts,” Bent said. “Right now the town has been pushing to get this case moved forward. COVID has jammed everybody up. Everybody needs to keep in mind the town is limited by town bylaws, environmental court rules and by the jurisdiction it has.”

And, she said, “solving the zoning problem isn’t going to solve everything else.”

Just this week, a pretrial conference was held in the municipal enforcement action for the town’s claims for injunctive relief and fines in the case of Pawlet v. Daniel Banyai.

“Now, the issue is what is the appropriate remedy,” said Bent of the Manchester law firm of Woolmington, Campbell, Bent & Stasney.

The town is asking the court to impose fines that the court decides is appropriate.

Bent said the town hopes the court will order Banyai to discontinue the unpermitted use of the property as a shooting facility and force him to remove unpermitted buildings.

“As far as the town is concerned, the ball was dropped way back in the beginning, starting with [zoning administrator] Eric Mach,” Hulett said. “Everyone likes to pass the buck to the next person because no one has the guts to go after him. Everyone’s afraid of his social media slandering and doxing. No one wants their skeletons exposed. Banyai is good at what he does. Is there a better way to keep the town out of your business than to slander and dox you for the whole social media world to see?”