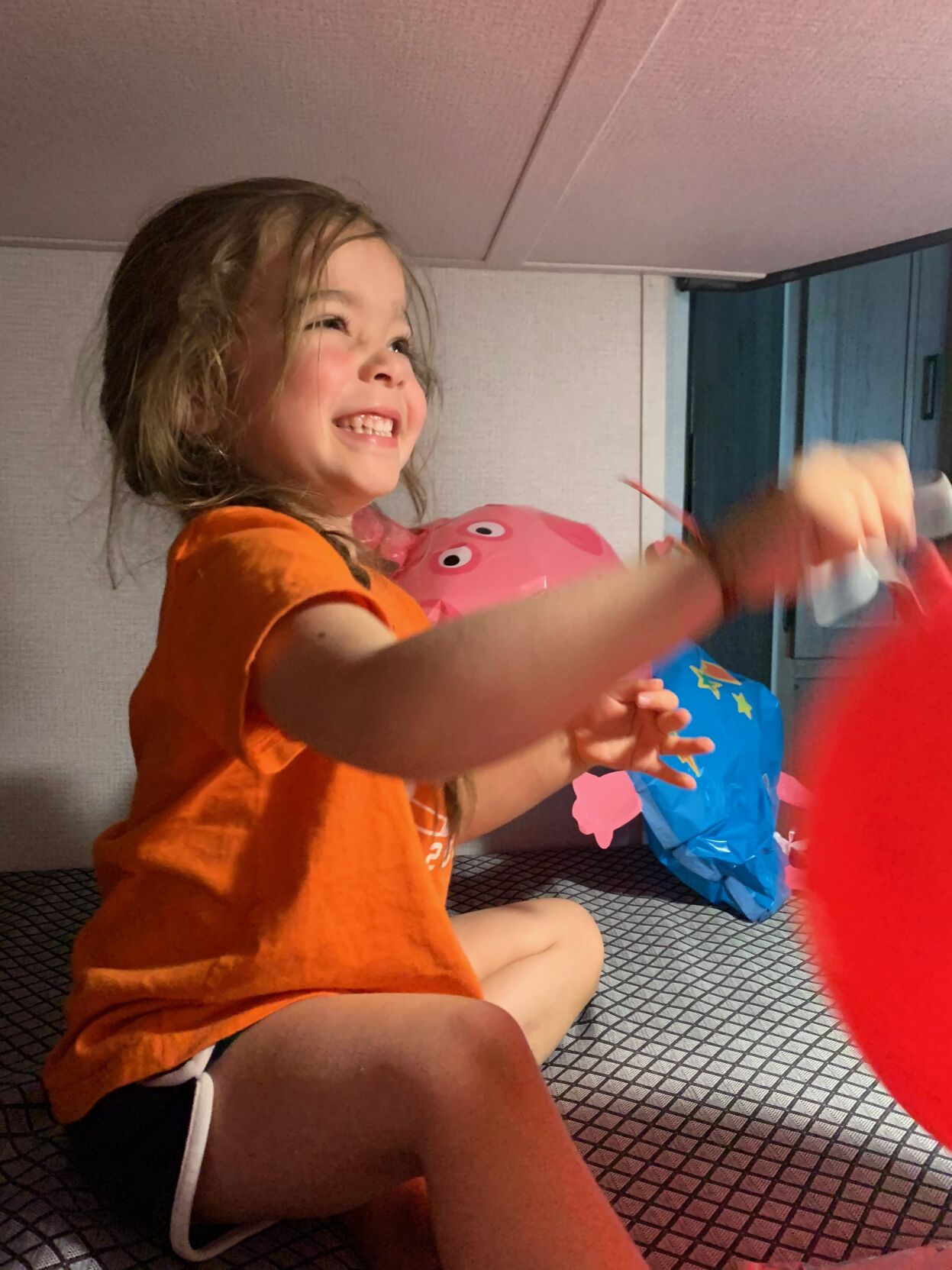 Avery, a 4-year-old in Manchester who is living with cystic fibrosis, is all smiles as she plays on a bunkbed in the new camper courtesy of Make-A-Wish Vermont. 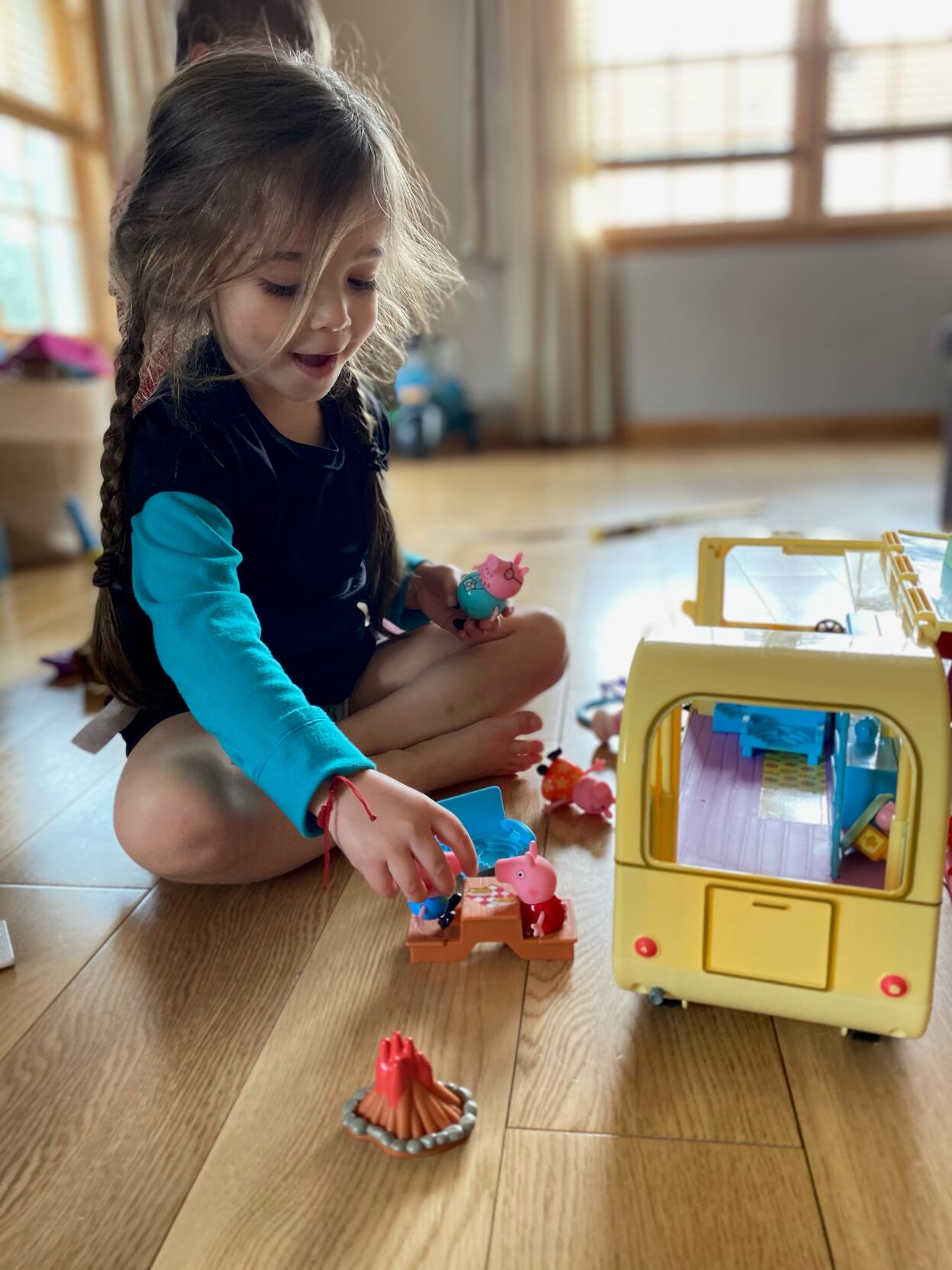 Avery, a 4-year-old in Manchester who is living with cystic fibrosis, plays with her Peppa Pig Toy.

Avery, a 4-year-old in Manchester who is living with cystic fibrosis, is all smiles as she plays on a bunkbed in the new camper courtesy of Make-A-Wish Vermont.

Avery, a 4-year-old in Manchester who is living with cystic fibrosis, plays with her Peppa Pig Toy.

MANCHESTER — A 4-year-old Manchester girl’s wish came true May 22 thanks to Make-A-Wish Vermont.

Avery is living with cystic fibrosis and for her 4th birthday she received a Peppa Pig Camper toy that she loves to play with.

But the toy has created a desire in Avery to be able to go camping for real, or head to the beach or visit grandparents, as she does in her mind while playing with her Peppa Pig Camper.

“Her wish is for a life-sized version of her toy, so that she can finally go camping with her family,” according to Make-A-Wish Vermont. “She dreams of going to the beach, visiting her grandparents, having s’mores and marshmallows at a fire pit, and sharing a bunk bed with her little brother, Calvin.”

Tent camping isn’t possible because Avery needs electricity for her vest and nebulizer treatments, as well as a refrigerator for her medicine.

There is also concern about cleanliness because Avery is susceptible to dangers from common bacteria.

So, a Peppa Pig Camper is just what Avery needs to be able to fight her illness and stay safe.

That’s where Make-A-Wish Vermont stepped in.

The organization, which helps facilitate life-changing wishes for children with critical illnesses, has done just that more than 860 times in Vermont.

And Saturday, they did it again.

TPW Real Estate helped Make-A-Wish Vermont raise $24,000 in one week thanks to a matching gift challenge and some fuzzy faces.

Make-A-Wish Vermont held its fifth-annual Vermont Beardies in March and April and 58 bushy beards entered to raise more than $106,000 during the six-week period ending April 12.

It is no secret that real estate has been a hot commodity for the past year and the matching grant was a way of giving back, said TPW Real Estate CEO Paul Carroccio.

“We’ve been doing well, and it’s always been part of our makeup to give back to the communities we serve,” Carroccio said. “Knowing that we could make our gift go twice as far was an added bonus.”

“[The Beardies event] is a silly contest, but it’s meeting a need, after the year we just had,” Hathaway said during the Beardies fundraising event. “It’s helping us continue our mission of granting wishes to kids with life-threatening illnesses, so we can bring hope, strength and joy to the healing process.”

And that hope, strength and joy showed up in Manchester on Saturday in the form of a happy 4-year-old who had something fun to look forward to.