Banyai, Hulett file to run for Pawlet Select Board 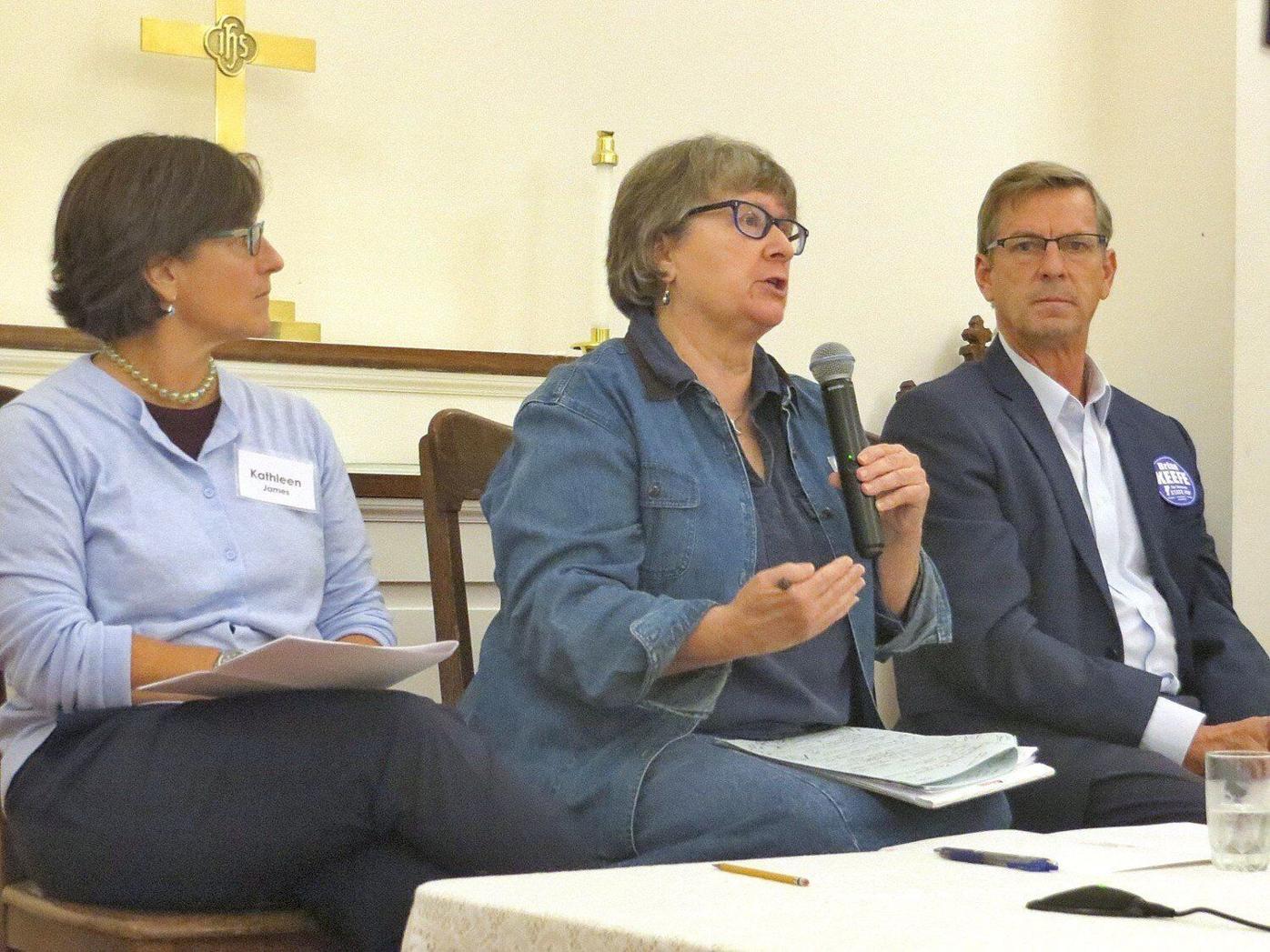 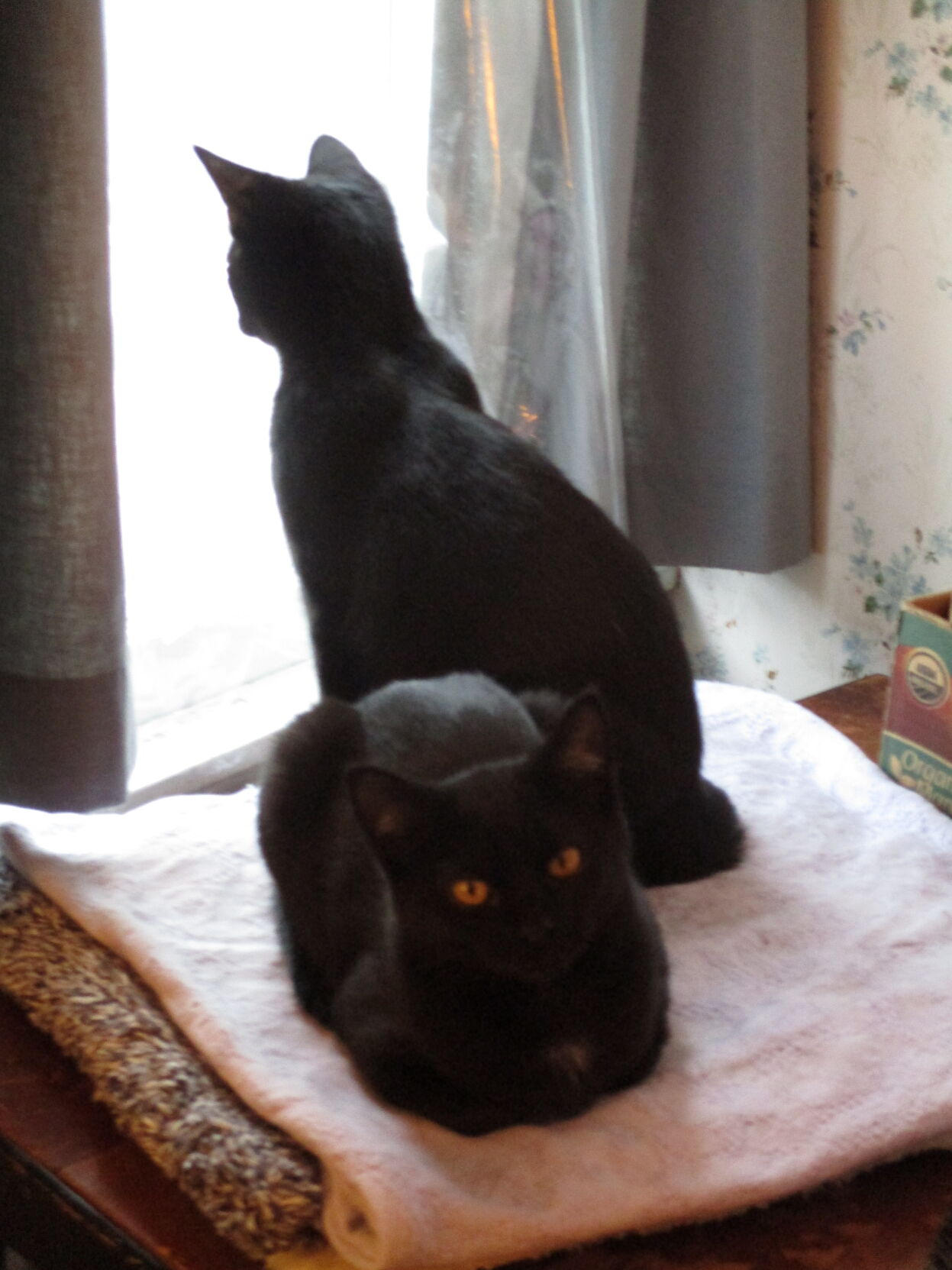 {span}Cynthia Browning recently adopted a pair of cats from the Second Chance Animal Center in Arlington: Luca, seen here looking out the window, and Lilly. {/span}

{span}Cynthia Browning recently adopted a pair of cats from the Second Chance Animal Center in Arlington: Luca, seen here looking out the window, and Lilly. {/span}

ARLINGTON — It’s the first time in a long time that state Rep. Cynthia Browning isn’t getting ready for another two-year term in Montpelier.

Browning, D-Arlington, who has served in the Vermont House of Representatives since 2007, lost her latest bid for reelection this past November, placing third behind fellow Bennington-4 incumbent Rep. Kathleen James and former Hildene president Seth Bongartz, who campaigned as a team.

Though Browning will not be representing the Bennington-4 district, which includes Arlington, Manchester, Sandgate and part of Sunderland, for the 2021-2022 session, she continues to serve on the Arlington Select Board, having won reelection to another two-year term in March.

Browning drew criticism in March for requesting a quorum call on coronavirus-related legislation — she objected to approving a remote-voting measure with only a handful of representatives present — forcing a majority of House members to convene in Montpelier in order to proceed. She has defended the move even after her election loss: “I don’t regret it because I know I was right,” she told VTDigger.org. “I was following House rules.”

Browning lives in Arlington with her mother, Eleanor Hanrahan, and four cats, including two kittens, Luca and Lily, recently adopted from Second Chance Animal Center. She also has retooled her campaign’s Facebook page as “Cynthia Browning Reports,” where, she says, she’ll be publishing her writing on matters in Montpelier and elsewhere.

This interview has been edited for length and clarity.

Q: What might you point to as your proudest achievements or what you most enjoyed working on during your time in the House?

A: One thing I worked really hard on was trying to call attention to economic realities. Because there’s a lot of emotion and ideology, and people have beliefs about things, and that’s fine — we all have our goals and values — but any kind of effective policy has to be based on financial and economic realities, otherwise it’s not going to work. So I really tried to call attention to those realities every opportunity I had, which didn’t always make me popular.

People will say, “Oh, look at this, it’s 3 million” — or 5 million or 286,000 or whatever it is. They’ll just give that one figure, and one number never really tells you what’s going on. Sometimes if it’s a dollar figure, you need to look at it adjusted for inflation if you’re looking at it over time, or you need to look at it relative to something else.

I think that politicians tend to try to pick and choose the numbers that make their proposals look better. I think that’s a kind of soft dishonesty, so I was really always pushing to provide all the numbers so that we really understand what’s going on.

Q: I know it’s early, but would you consider running again, or are you done with Montpelier?

A: I ran this time (because) I wanted to win, and I’m really grieved that I don’t have a chance to go back. Because if ever there was a time that you need an economist to help you figure out how to recover from the pandemic recession, once we get the disease under control, and how to deal with the budget, this would be the time.

If I had a chance to go back, I would try for it. But you never know what’s going to happen and two years is quite a ways away.

Q: You’ve floated the idea of seeking a position as Speaker of the House. Is that something that you’re still weighing?

A: I’m not, because I didn’t get enough support to make it realistic. And I think that things are so difficult right now that it would be better for things to just move forward in a straightforward way, and not have that extra disruption. If there were enough people that wanted to support my candidacy, I would still consider doing it. But I haven’t seen that.

Q: Turning to local matters, what would you say your priorities are now with the Select Board and how do you see your role in local and regional affairs going forward?

A: I said before that I was grieved not to be continuing as part of the ongoing activities in Montpelier, but it’s also a great relief because I can go into the budget season with the Select Board and really have a lot more energy for that, not that I didn’t participate before.

Our property tax revenues came in pretty well, but we don’t know what this coming year is going to bring, and we want to be really, really conservative and careful. I think we’re starting out, “Okay, everything’s level funded.” Then we might lower some things, raise some things, but it’s going to be tough because there isn’t any money coming from the feds specifically to local and state governments. So we’re on our own, and we need to be really careful with our dollars.

Q: It’s still sort of the dawn of a new era in Arlington with the permanent town administrator appointed, Nick Zaiac.

A: Yeah, he came in June. We certainly had a lot of change because (Keith) Squires was defeated in his reelection. Then we had to go to Zoom meetings, and then we were hiring the new administrator. We also had turnover on the highway crew. I think Nick Zaiac has done really well just hitting the ground running and learning from everybody. And the board really pulled together and did a lot of work.

I think it’s working really well. It’s different. I can’t say enough in recognition of all the work that Keith Squires did for the town over the years. I miss him all the time — I mean, he just did so much and he knew so much. But he’s still there, and we can consult him and get his advice and guidance.

One thing that is a relief to me is to know that some of the nuts and bolts of monitoring this or writing that grant or fulfilling this thing — that those things are happening and it’s not putting an undue burden on Keith, who would have to take time from other things to do those tasks. That’s (Nick’s) job — he’s there full time. Things aren’t going to fall through the cracks because he’s there.

Luke Nathan can be reached at lnathan@benningtonbanner.com.

"If I had a chance to go back, I would try for it. But you never know what's going to happen and two years is quite a ways away."