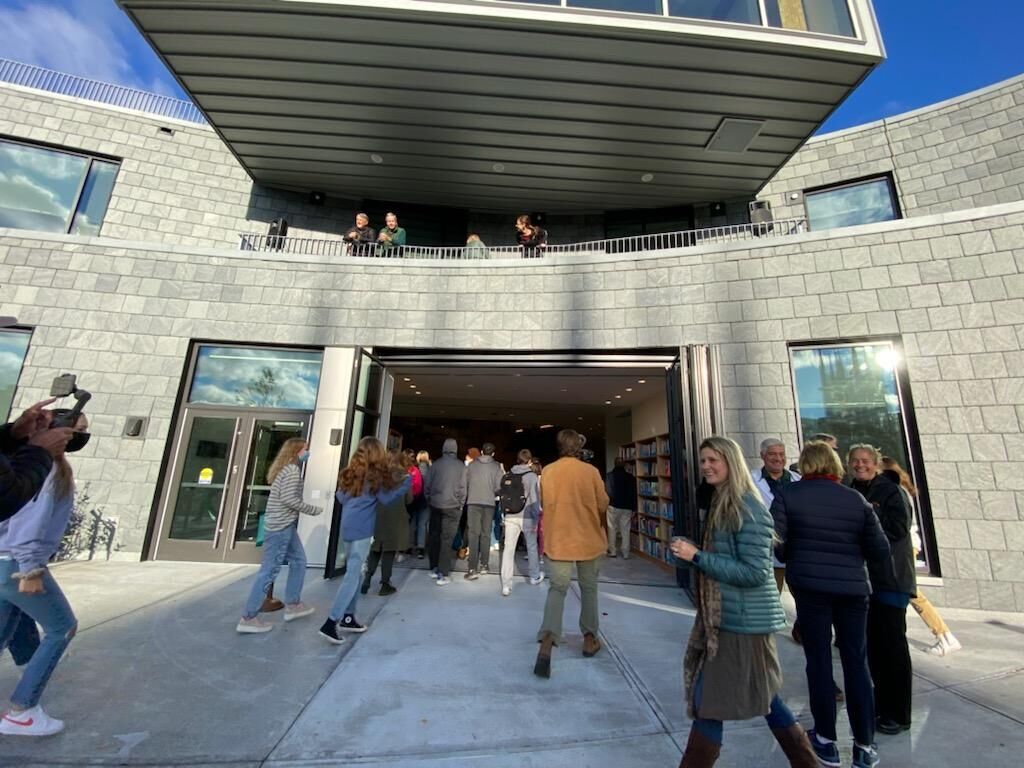 Students and faculty at Burr and Burton Academy in Manchester dedicated the new Founders Hall building on Tuesday, Oct. 19, 2021. 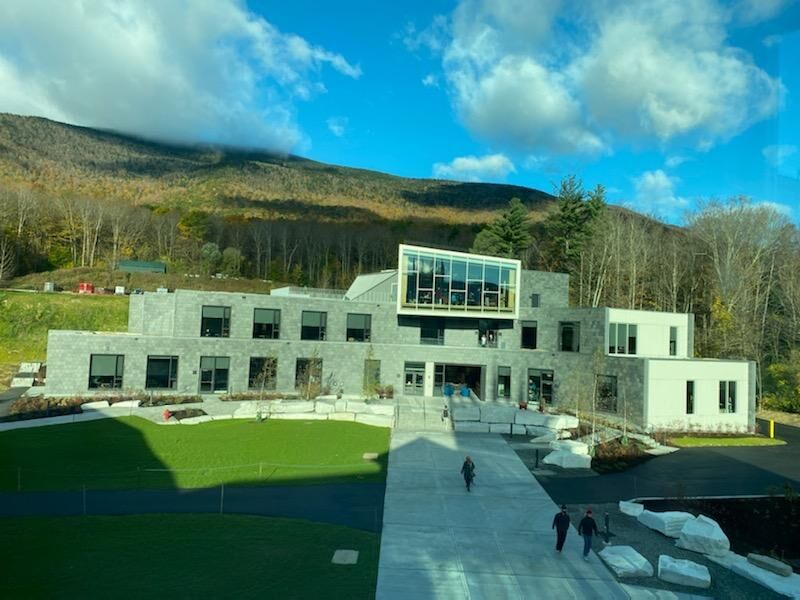 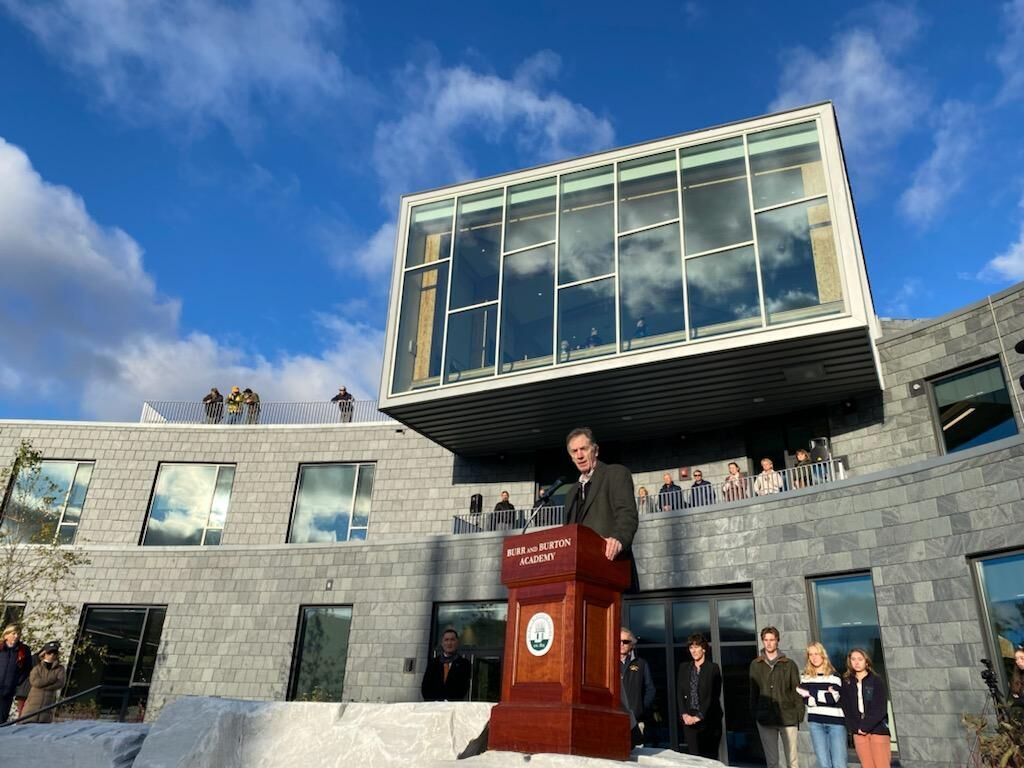 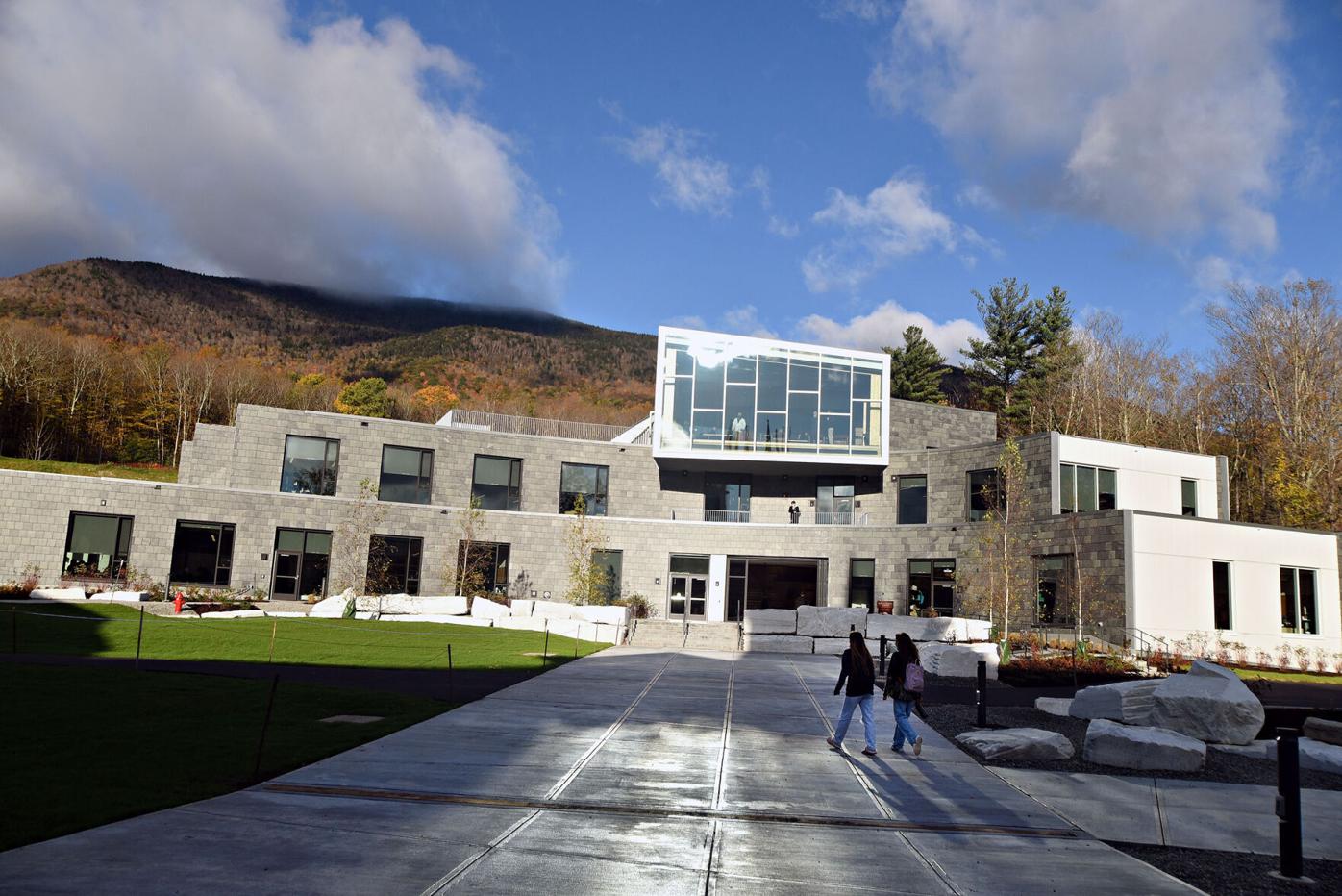 Students and faculty at Burr and Burton Academy in Manchester dedicated the new Founders Hall building on Tuesday, Oct. 19, 2021.

MANCHESTER — Burr and Burton Academy officially dedicated Founders Hall on Tuesday, as speakers hailed the generosity of donors whose funds built it, and the educational opportunity it will offer well into the future.

The 25,000-square-foot building, made possible by a $20 million gift by the late Barry and Wendy Rowland of Londonderry in 2018, will serve as the school library, as well as classroom space for English and social studies. Construction started last spring, and though the building is functionally ready, there are still a few details being installed and finished.

The new building stands behind the Seminary Building — the school’s 188-year-old original schoolhouse, founded in 1829 as Burr Seminary — and the Rowland Center. Its central staircase, which is still being finished, also serves as the stacks for the school library.

From the third floor, it features a panoramic view of the Seminary Building’s bell tower, and of the Green Mountains in the distance. That view is intended as a way of visually connecting the school’s history to its future.

Headmaster Mark Tashjian said the building, designed by Kyle Murphy, an architect who graduated from BBA in 2007, and ZGF Architects, was completed on budget, though some cosmetic work remains to be completed.

The school took a risk by starting construction during the pandemic, Tashjian said, but it paid off in the project being able to source materials and workers before steep increases in building material costs and worker shortages became factors.

“If we were launching this now, you could argue we couldn’t afford it,” he said.

“It’s unbelievable to see the collective best ideas of a community get manifested in a design that’s going to serve the community — and looks like everything we intended. And from what I’ve seen already it’s working. The ideas we thought were good in practice are actually good.”

In an address during the dedication ceremony, assistant head of school Meg Kenny connected the building’s features as educational metaphors for the student body

“Notice the center stairs. Let them remind you to climb to new heights — to discover new ways of knowing the world and yourself,” Kenny said. “Sometimes learning is bounding up the stairs two stairs at a time — energetic and invigorated. Other times learning is a slow trudge — one stair at a time. Remember, there is value in both kinds of climbing.”

The building transforms what was a parking lot into a courtyard, with a wide stone walk connecting the back stairs of the Seminary Building, erected in 1833, to the new building.

THINKING OUTSIDE THE BOX

When the building was first being planned, Tashjian said the intent was to move beyond centuries of box-like school architecture and reflect the changing nature of education.

The educational space is designed less as a series of classrooms and more as an education neighborhood, with flexible spaces that can be used for instruction, presentations, collaboration, and studying, Tashjian said.

“Everything you see in this building is designed to foster a sense of community,” Tashjian said of the emphasis on communal spaces and interior and exterior windows.

The library, previously housed in the Smith Center, is now built into the grand central staircase, which is still being finished. “Our library is no longer the library where everyone is supposed to be quiet. It’s a library where people are supposed to gather and work together,” Tashjian said.

Charles Scranton, who has headed the Rowland Foundation since stepping down as Burr and Burton’s headmaster in 2008, said though both Barry and Wendy Rowland died before getting to see the building constructed, their presence looms large. He noted their other contributions to the school, including the Rowland Center, improvements to E. H. Henry Gymnasium, and funds that allow students to travel and faculty members to go on sabbatical.

There are names that will always be associated with the school for their generosity, Scranton said, citing Joseph Burr, Josiah Burton, Bob and Peg Smith, and Barbara Riley.

“Putting all those contributions together, it doesn’t come close to what Barry and Wendy Rowland have done for this school, for you,” Scranton said. “I really believe they’re here today. And they would be so proud to see the student body assembled in front of a building that was only a vision.”

An oil portrait of the couple hangs on the third floor as part of a tribute to their philanthropy.

During the dedication, current BBA seniors Lou Cubberly, Matt Grabher and Chloe Andersen welcomed a crowd of nearly 1,000, and introduced speakers including current BBA Board of Trustees chair Ed Campbell.

“Today is not about the past — it is about always moving forward and always improving,” said Campbell, a 1970 alumni. “It is about this beautiful building, and it is about the future: Burr and Burton’s future, your future, and that of the Bulldogs that will follow you.”

Cutting the ribbon was Ben Beers, a Class of 1961 graduate who has been employed in the school’s maintenance department for 62 years. He snipped a green ribbon with a large pair of shears after the student body counted down from 10. From atop the Seminary Building, the bell tolled; from the new building, James Brown’s “I Feel Good” began to play.

“It’s been you as students who have really made me want me stay here,” Beers said before cutting the ribbon. “Take good care of what we have.”