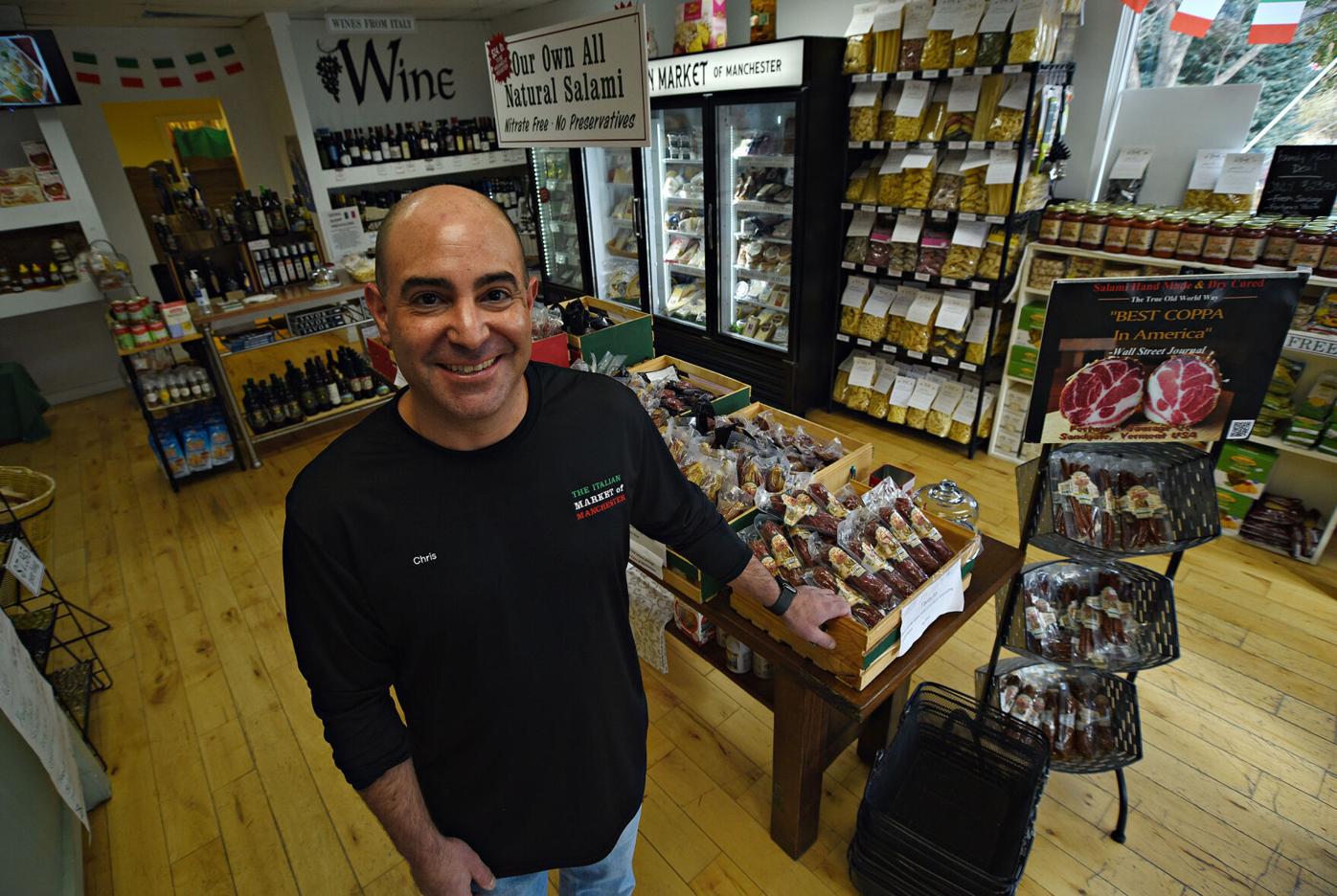 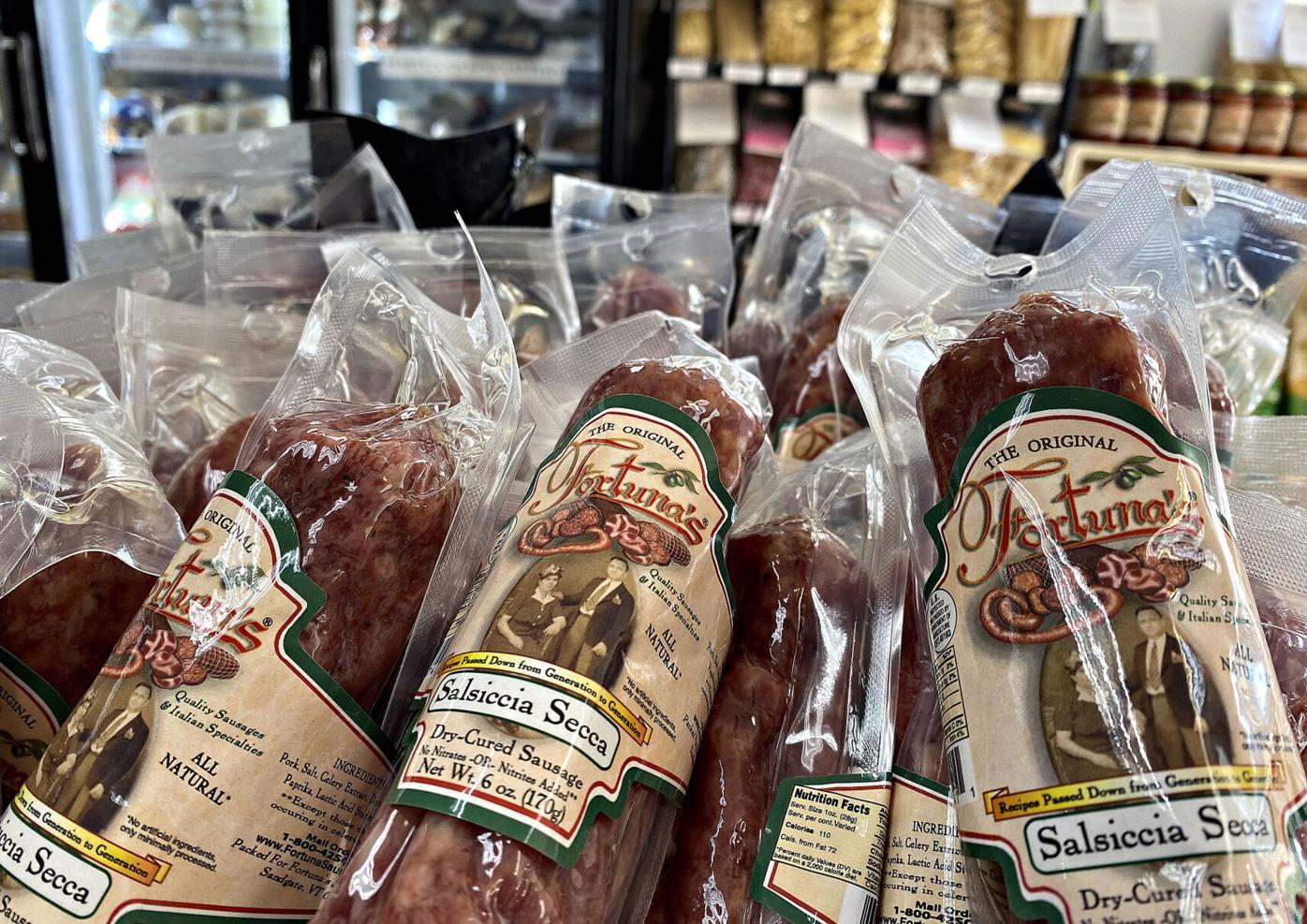 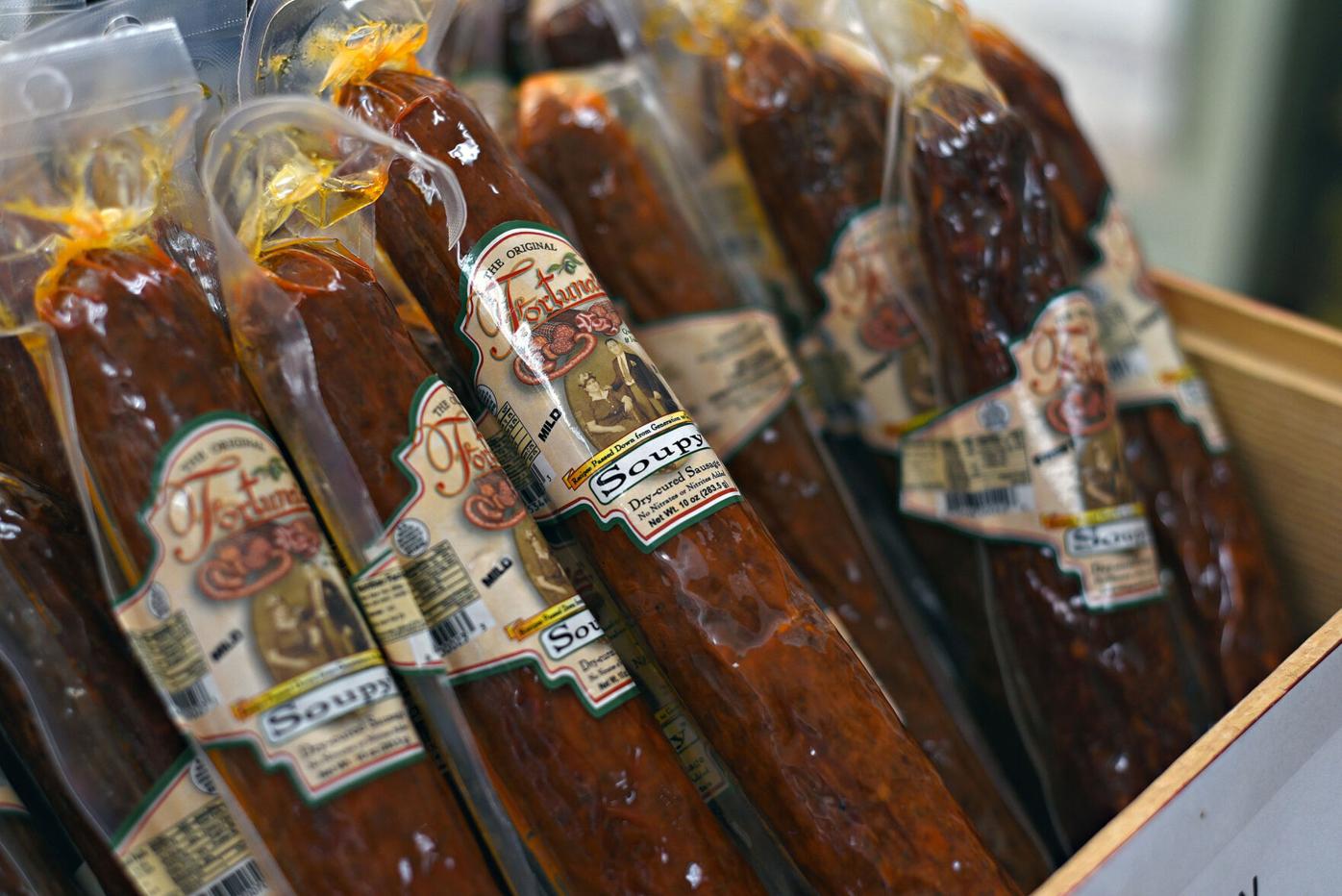 Dry-cured products at The Italian Market. 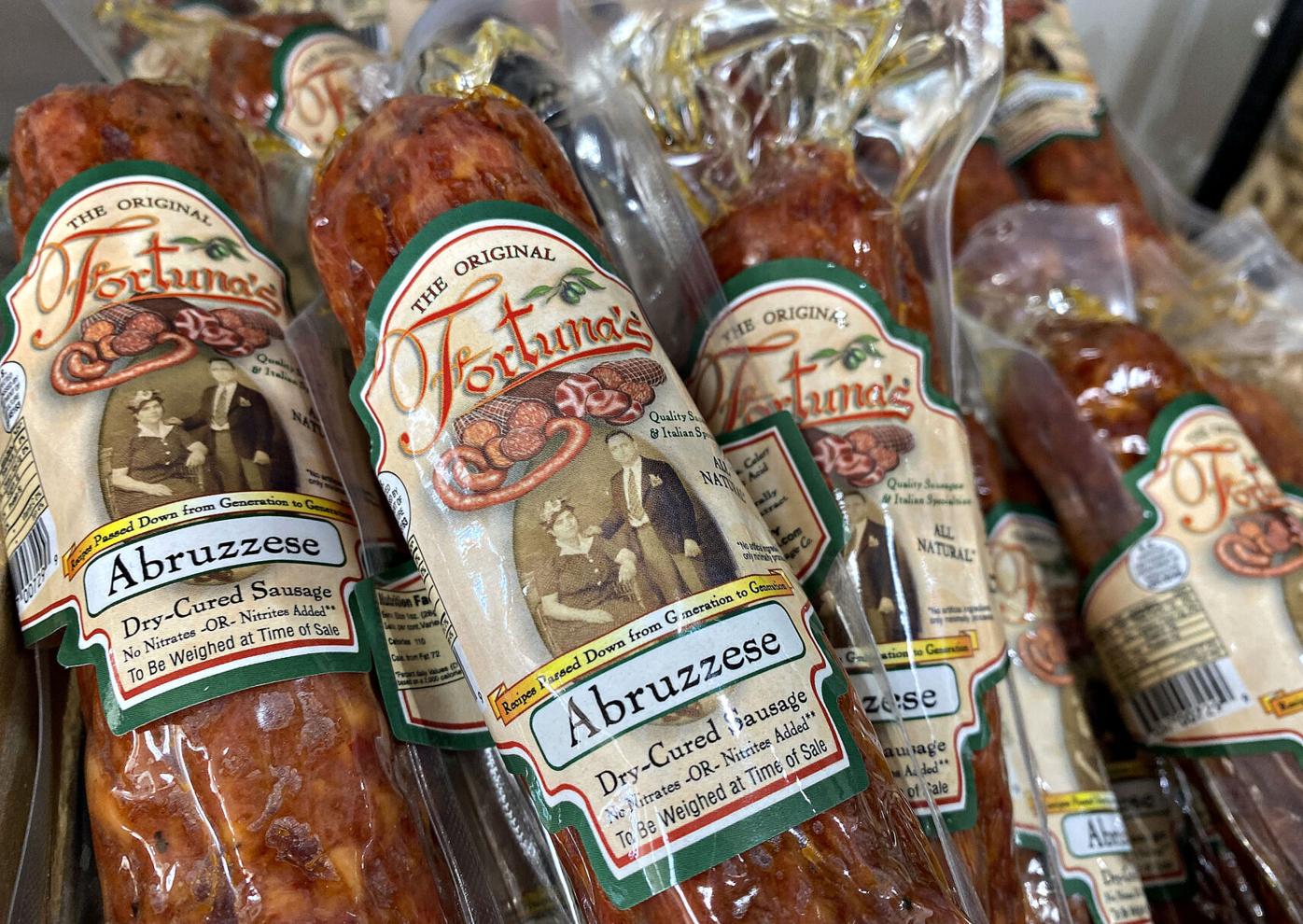 No nitrates in these here sausages. 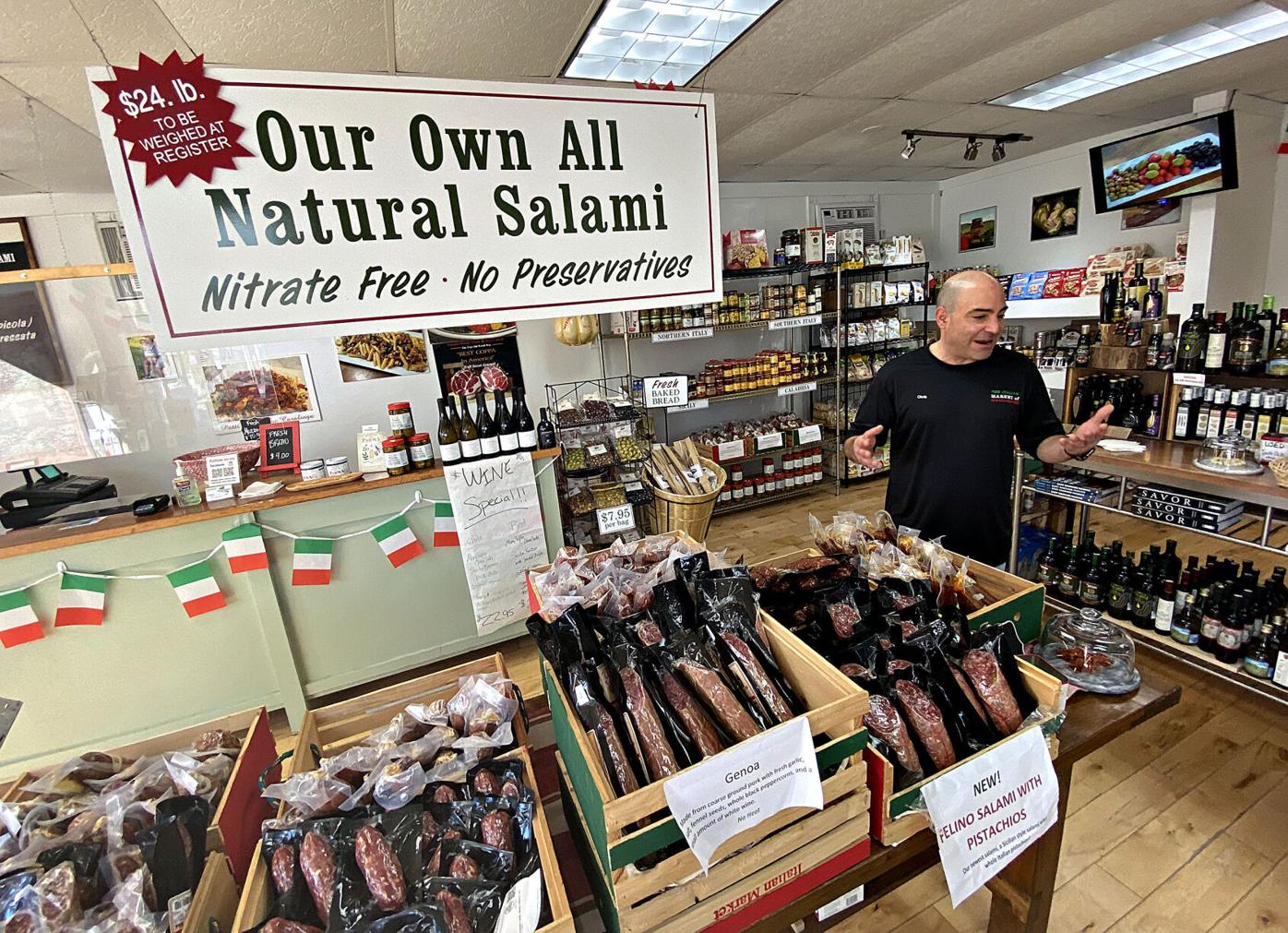 The market has its own label, too. 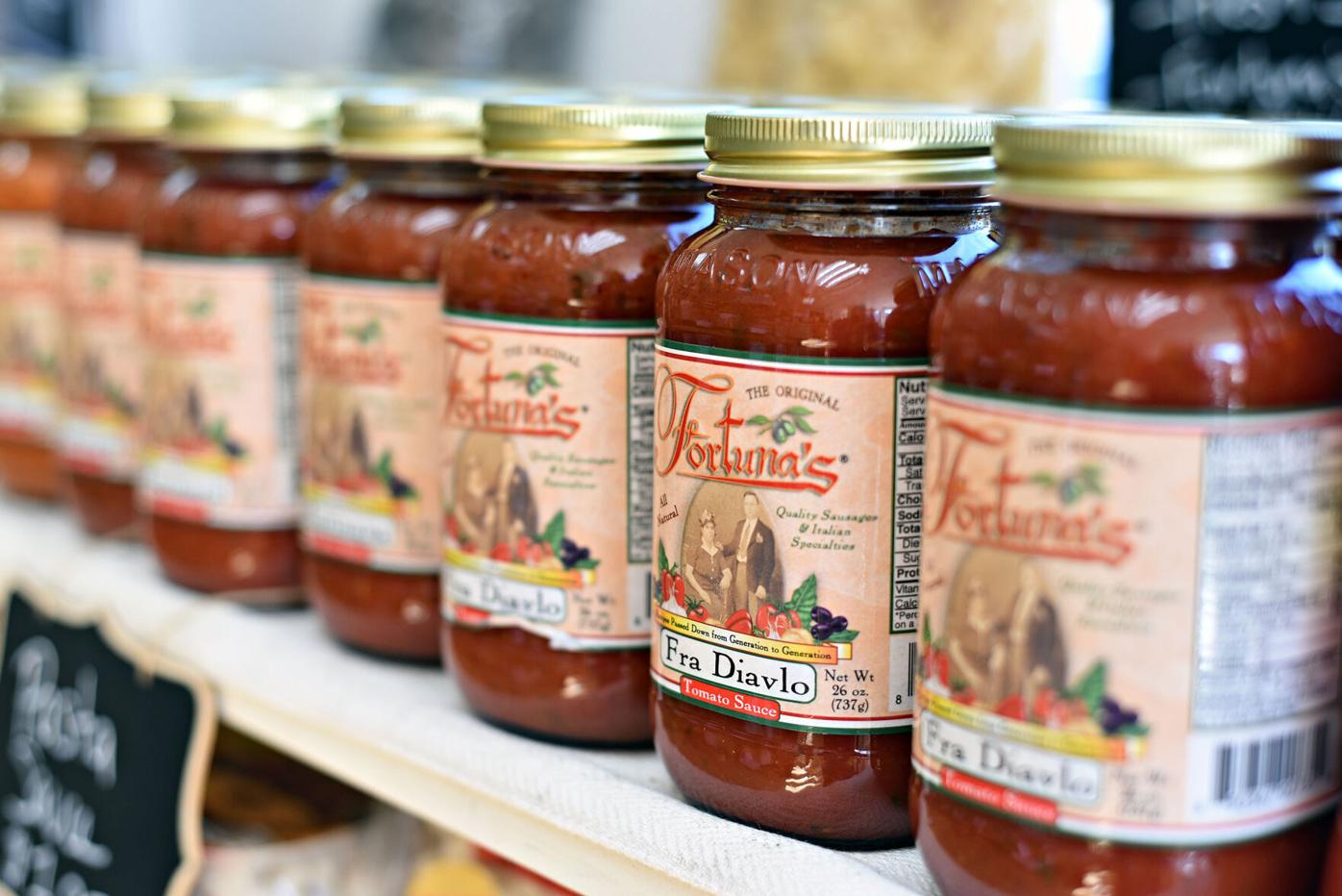 Local sauce is on the menu at The Italian Market, under its former brand. 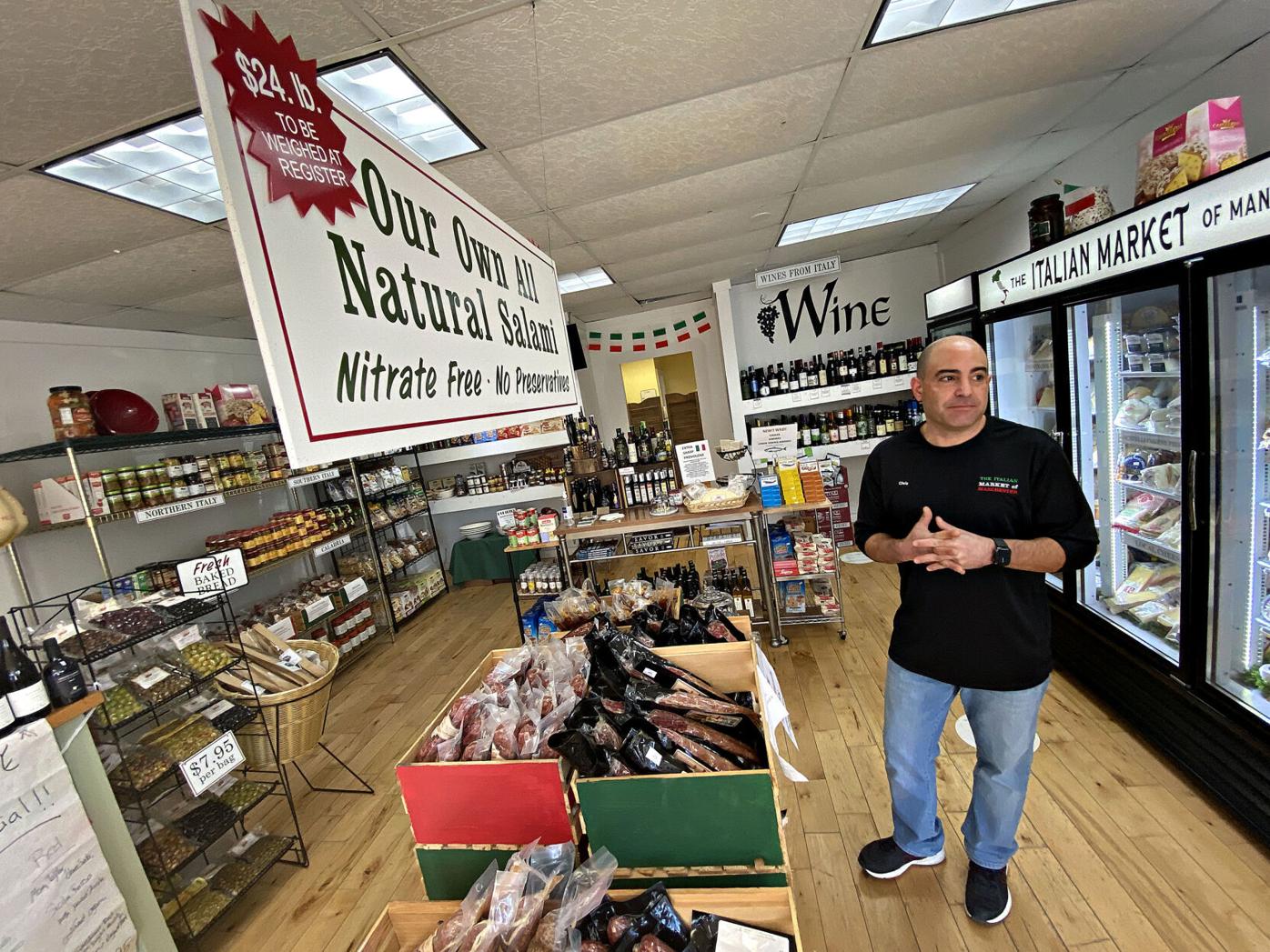 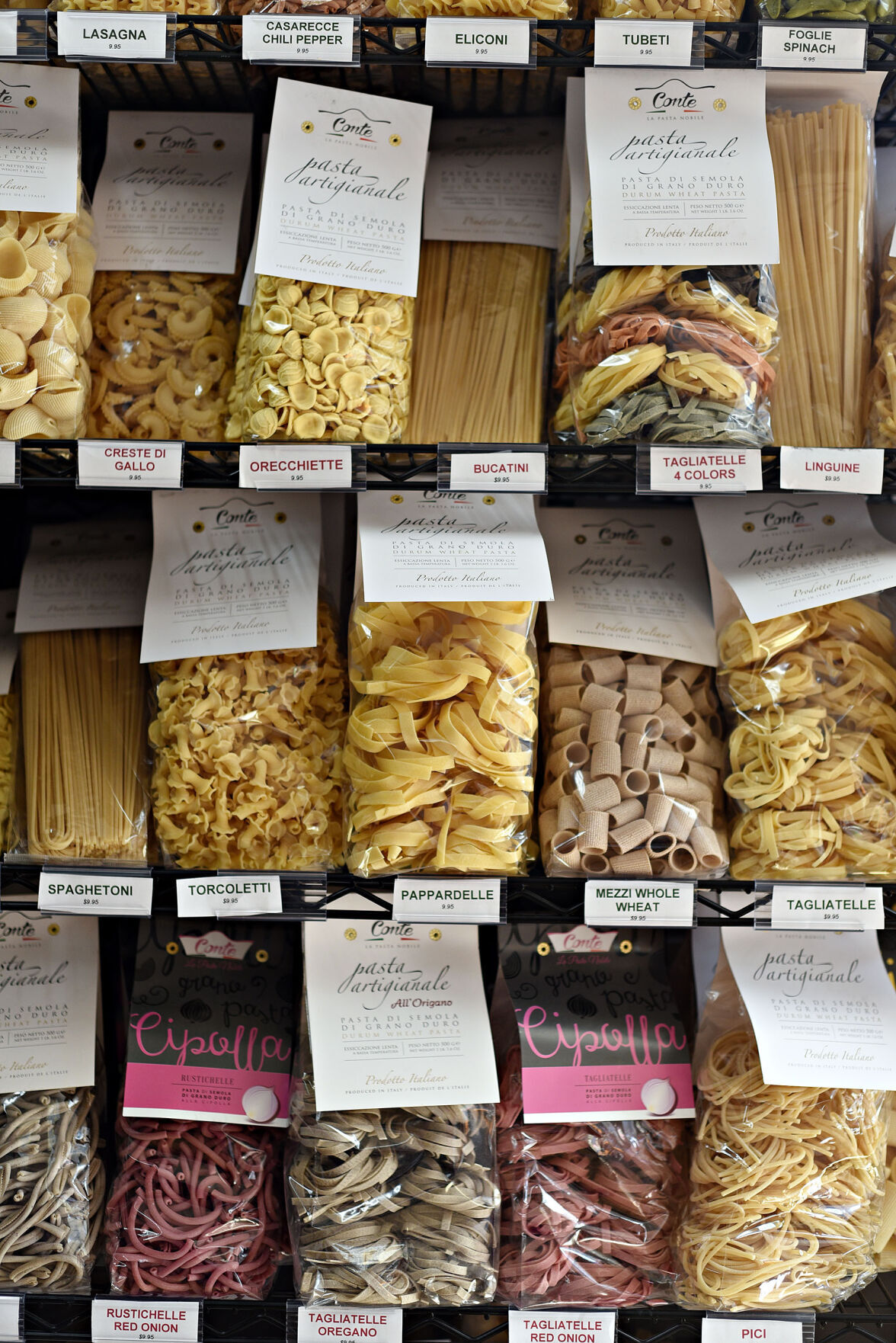 Tired of regular, old pasta? The Italian Market in Manchester has some options, as this rack shows.

Dry-cured products at The Italian Market.

No nitrates in these here sausages.

The market has its own label, too.

Local sauce is on the menu at The Italian Market, under its former brand.

Tired of regular, old pasta? The Italian Market in Manchester has some options, as this rack shows.

MANCHESTER — Business savvy and a passion for Italian food run in the blood for this Vermont family.

Over the summer, Chris Stannard bought his 4943 Main St. shop from his mom, Patti Fortuna-Stannard, and renamed it The Italian Market of Manchester.

“It was a great opportunity to put my stamp and put my feel on the store. That opportunity was something I was really looking forward to, to just have my little slice of heaven,” he said.

Since his mom was often busy with the mail-order and wholesale end of the business, he’d helmed the store for a while. The spot has been open for five years last Friday, previously under the name Fortuna’s Sausage & Italian Market.

But on July 1, he made the store his own, on paper and in practice.

With all due respect to his mom, Stannard wasted no time in making some changes.

“One piece of the puzzle I’ve added since the beginning of July is a lot of the local cheeses. There’s so many great Vermont cheeses,” he said. “That’s been one big thing, bringing in more local products, not just imported products.”

But loyal fans of Fortuna’s shouldn’t worry — an iteration of the company still exists, just as Fortuna’s Sausage & Online Italian Market. The separate company’s headquarters and warehouse are in Sandgate.

“We still do everything,” assured Fortuna-Stannard, who heads up operations.

The younger Stannard, 41, proudly continues to stock a range of its products at his business.

Though his mother describes the change as bittersweet, she knew it was time to move on. “I loved it with a passion,” she said. But her mail-order sausage and sauce business has taken off since the pandemic, and it did well before.

“You just can’t physically do everything at 61,” she explained. “It was time to pass the torch.”

A rich history for the family

The story of the Stannard sausage phenomenon began at Ellis Island.

In the early 1900s, Chris Stannard’s great-grandparents — Patti Fortuna-Stannard’s grandparents — arrived in the U.S. from Calabria, Italy, with something important: a recipe for a sopressata, a traditional Italian dry salami from their region. The Calabrese-style salami is hot and dry, he noted.

“I remember having it as a little girl growing up. My grandmother would hide it in her closet and only give me little bites here and there. It was a very specialty thing.”

It was only made in the winter months and, after it aged, it traditionally would be shared on Easter as the first meat after Lent.

“We make it the same way my grandparents made it: all natural, no nitrates, no preservatives. That’s our big niche,” she said.

The 'soupy salami' is real

But when they first got started, the U.S. Food and Drug Administration told them there was no such thing as soupy salami. The Stannards had to make a visit to Washington, D.C., to get the name on file.

She recalled that her husband had to buy a suit.

But they made their case and won. They walked out with a new USDA category.

Then, unbeknownst to Fortuna-Stannard and her husband, Paul Stannard, a well-known food critic bought their classic salami while visiting a Rhode Island store and deli they once owned.

It put them on the map.

“We’ve been doing mail order for the last 20 years or so. Before computers, people used to mail in orders on slips,” said Fortuna-Stannard.

“We did it as a pop-up, we thought maybe let’s just do it for this holiday season, let’s see how it goes,” he said.

The location was available, and they jumped in.

“We still didn’t know how it was gonna go, and it took us probably until February, and we’re like, ‘All right, this is working. This is something the town really likes, really needs.' It helped to build her mail-order business too, which was a huge part.”

So for the Stannards, family and business history intertwine.

Luckily, Chris Stannard doesn’t think his tenure at the shop will be the end of their story. Stannard has a son, Jack Anthony Stannard, 8.

“After college, if he so chooses, then absolutely. I hope he wants to work with me, growing up,” he said of passing the shop on.

In the meantime, he stocks Conte, a small batch produced in Puglia, Italy, a large selection of jarred or fresh sauces, wines and more.

Stannard said that different products are popular seasonally. As the weather turns, people are reaching more for the pasta.

The shop is an inviting place, and that’s intentional.

“People walk in and say, ‘Oh it smells like grandma’s house.’ That’s one of my favorite compliments to get,” he said.

Hand-crafted drinking glasses, cheese knives and other accessories pepper the store, too, perfect for holiday shoppers.

And of course, there are Fortuna’s products, including aged, dried salami and fresh sausage.

One of Chris Stannard’s favorites is the pistachio salami.

He’d like to renovate the back to accommodate a larger food selection. He’s made soups on the weekends lately, and he’d like to get into sandwiches. But he won’t go wild with prepared food.

“That’s hopefully down the pipeline. Just starting slow, and going from there. I like the simplicity,” he explained.

Cooking is important to the family. When asked what their favorite dish was to make, both Stannards agreed: Pasta is unbeatable.

“Casalinga sauce — just pasta and the sauce. I don’t need to get too crazy. When you get home and want some comfort food, you know? That’s what I make,” said Chris Stannard.

“Usually pasta of any kind. I love the simplicity of the pasta dish — even just marinara and pasta, you know, cacio e pepe. I love them all. I could eat pasta all day, every day,” Fortuna-Stannard echoed.

In the next months, customers should look out for a roster of events this holiday season, from a formal salami tasting to wine tastings. His mom will likely host the former.

Because as Patti Fortuna-Stannard said, laughing, “No matter how you look at it, he’s my son.”