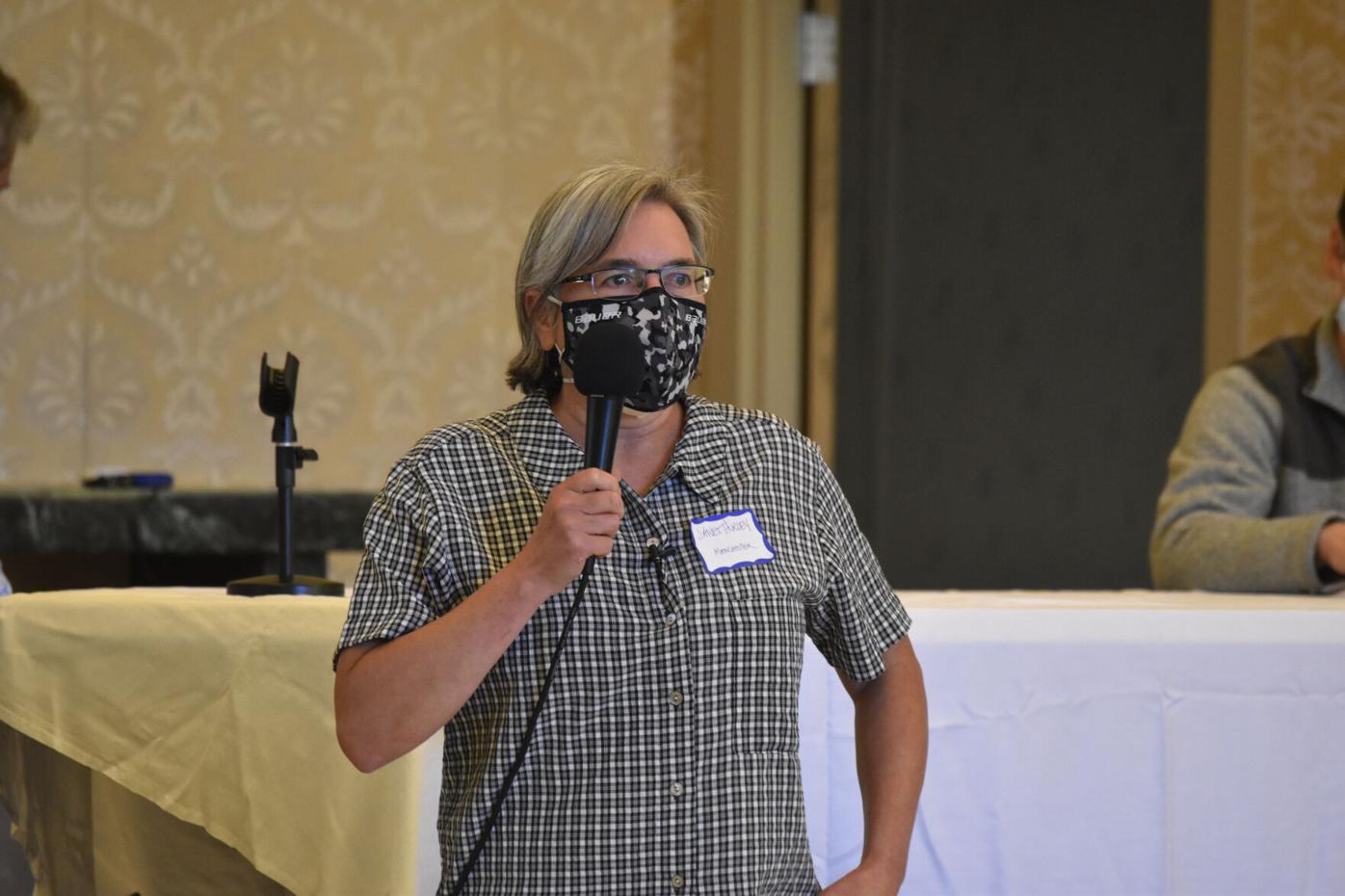 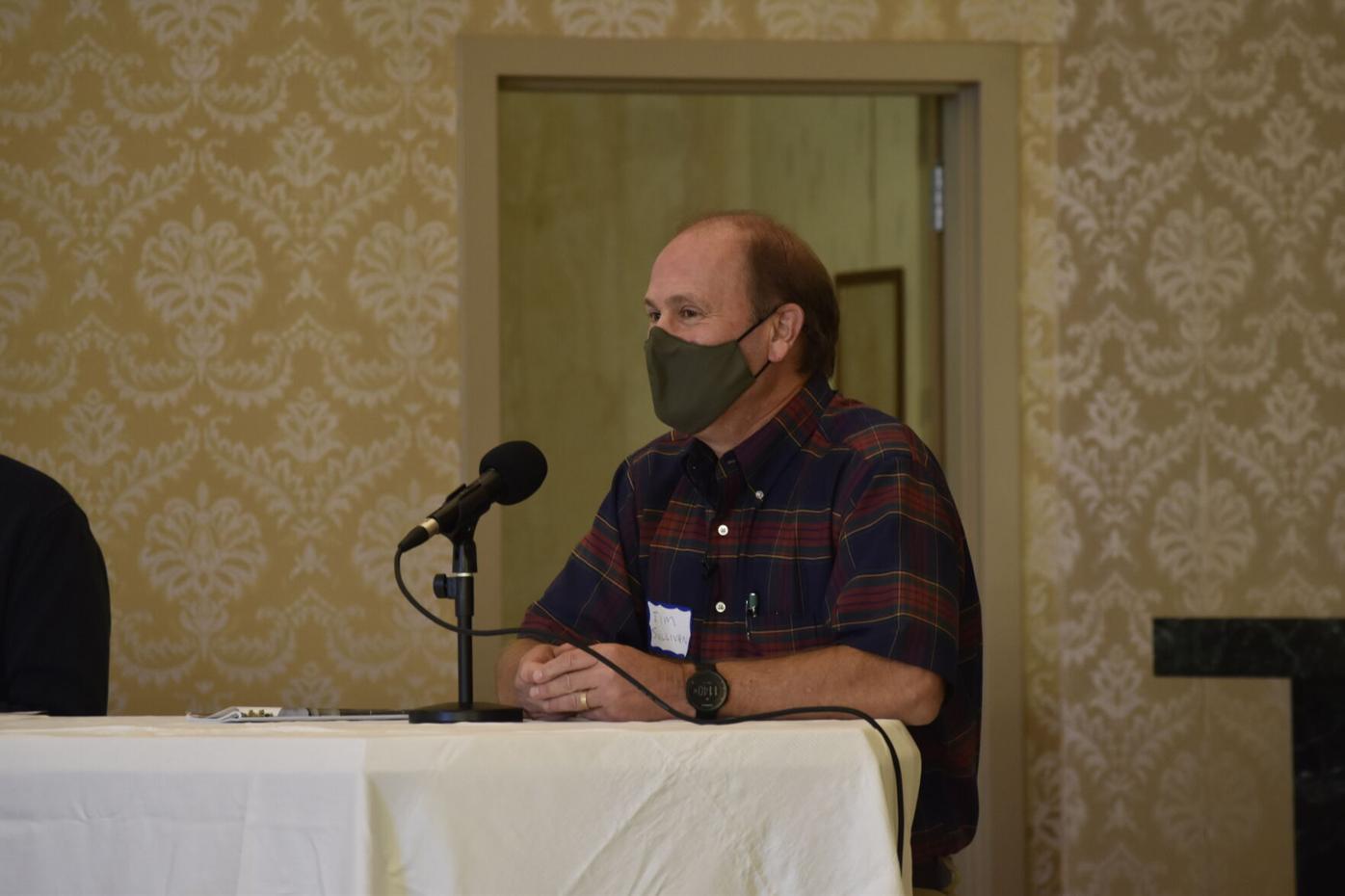 ARLINGTON — From big-picture state policies to small-town decisions and discussions, housing — more precisely, the lack of it — has been a pressing issue in Vermont, one made worse by the COVID-19 pandemic.

A forum hosted by a pair of state lawmakers Wednesday sought to tackle those challenges, as speakers addressed the need for innovating and taking risks to solve the state’s housing crisis.

The forum was hosted by state Reps. Kathleen James and Seth Bongartz, both of whom represent Arlington as part of the Bennington-4 district. It was held at the Arlington Common, the former St. Margaret Mary Catholic Church.

Many aligned with the “smart growth” principles that Jacob Hemmerick, the community planning and policy manager for the state Department of Housing and Community Development, and Jim Sullivan, of the Bennington County Regional Commission, discussed in an panel discussion earlier in the day.

Those included promoting higher-density mixed use development in downtowns and village centers, updating local zoning plans last given a comprehensive makeover in the 70s and 80s, and encouraging the growth of workforce housing that addresses the “missing middle” in the state’s housing stock.

But as Hurley, Zaiac and O’Keefe outlined, there are challenges as well as opportunities.

Hurley outlined Manchester’s multi-year effort to revamp its land use ordinance, which had grown outdated and overcomplicated since it was first enacted in the early 1970s. But she also noted that neither of the two potential sites chosen for a pro forma study of housing conditions in Manchester “penciled out” as allowing developers to make back the cost of building.

Of those two sites, one — a parcel in front of the Hampton Inn and Suites on Main Street — is now being eyed for a microbrewery. But the second, the town-owned property at 301 Depot Street, is being eyed for potential mixed use housing once its lease is up in 2023. The Manchester Select Board voted Tuesday to appropriate $100,000 in federal COVID relief dollars to study that potential.

O’Keefe said the town is looking at nine units of housing in the existing retail buildings, and additional construction of 40 units further back on the parcel, which extends to Center Hill Road.

Hurley also said a provision in the revamped zoning plan allowing for adaptive re-use of hotels has, in its first test case, met a frustrating roadblock. The Inn at Willow Pond has been slated for 40 units of workforce housing. But O’Keefe and Hurley said an Act 250 permitting problems with the site focused on the location of the well have left the project in limbo.

Zaiac said Arlington is “in many ways ... in the beginning of the process” of revamping its land use regulations. And one of Arlington’s first challenges is “highly political,” he said: whether to extend a sewer line so that houses in the area of Arlington Memorial High School might use the water treatment plant built for the school’s use.

Arlington is pursuing a state grant that would help the town update its land use rules, Zaiac said.

“We need to support the conversation and acknowledge this is a political process,” he said. The desired end product of that process — more housing — is “an urgent need for all of us,” he said.

Hurley also said that Manchester needs to look at its short-term rental policy, but do so with the understanding that short-term rentals such as AirBNB play an important role for the town’s tourism market.

“I think that’s something we need to study and something as a resort destination we need to be careful about,” Hurley said. “Can we do this in such a way that doesn’t put pressure on the housing market?”

About 60 people attended the forum from across the state. Additional speakers included state housing commissioner Josh Hanford and Dominic Cloud, the city manager of Saint Albans.

Cloud touted a strategy that he said worked for Saint Albans — purchasing buildings and building sites to exert control over the development process and lower costs for developers, so that mixed-use and workforce housing projects will work economically.

The return on such investments in Saint Albans, Cloud said, has been that new construction has increased the city’s tax rolls without adding to residents tax bills.