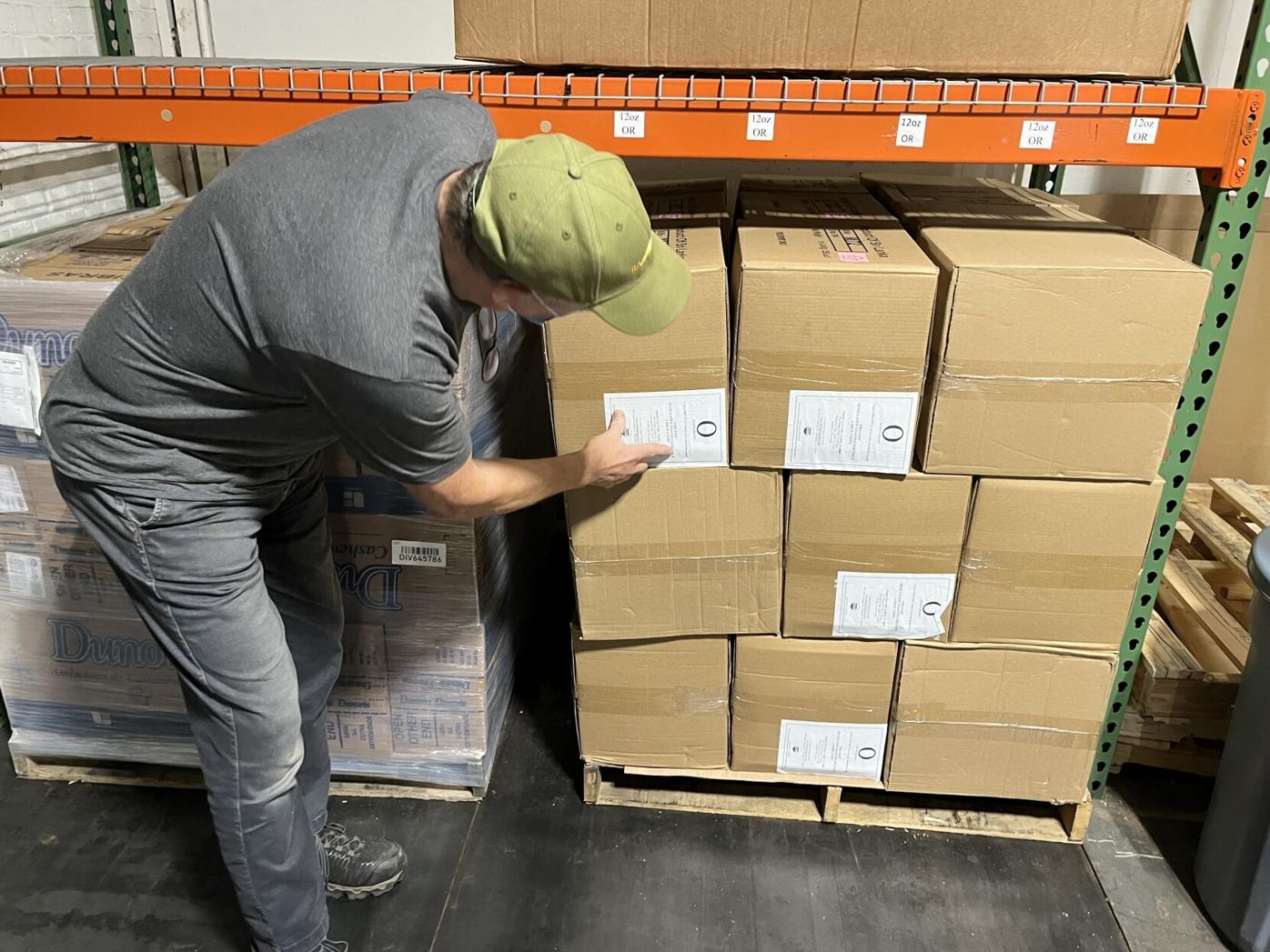 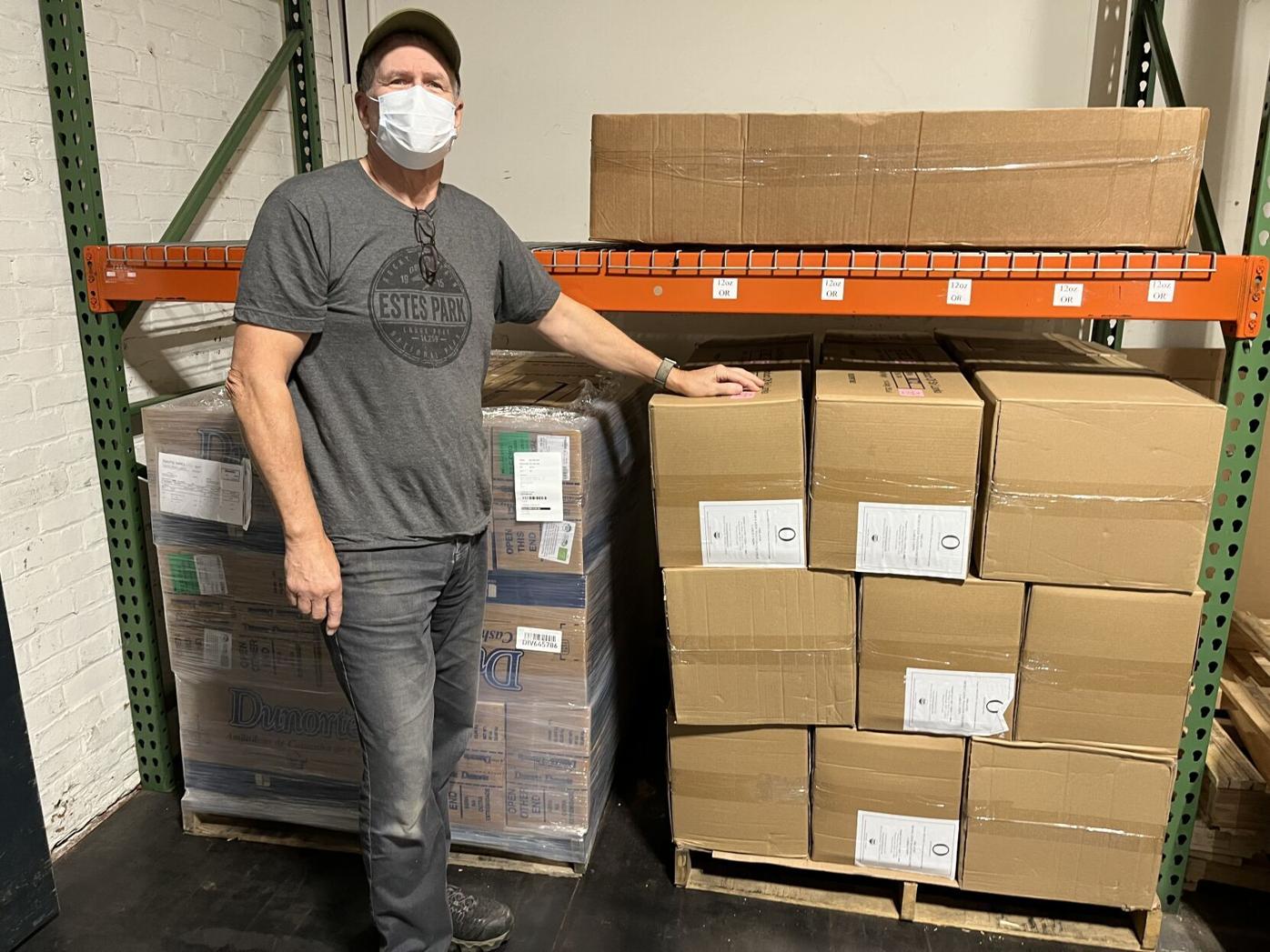 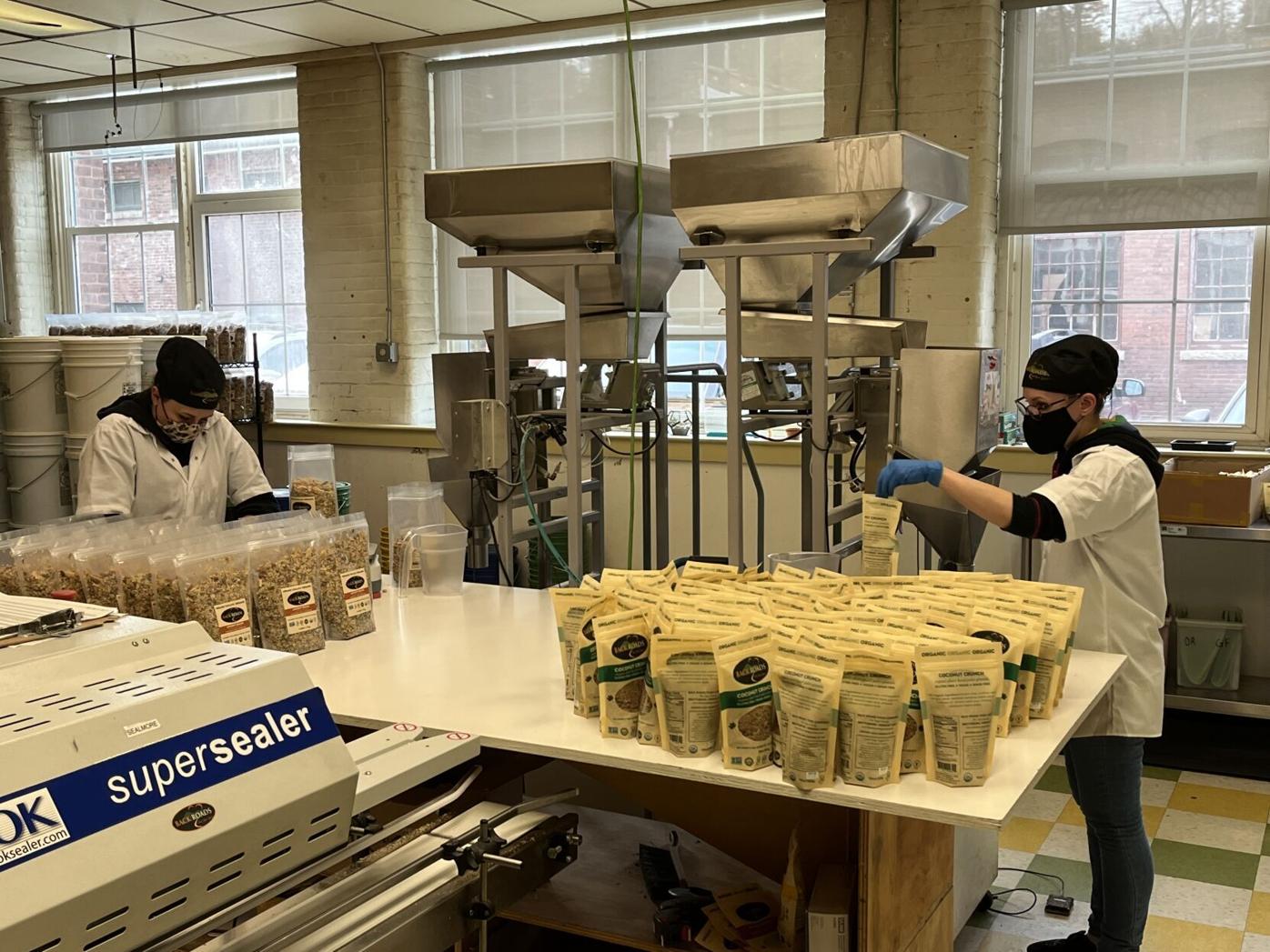 Workers prepare bags of granola at Back Roads Granola in Brattleboro on Wednesday, Nov. 17, 2021. 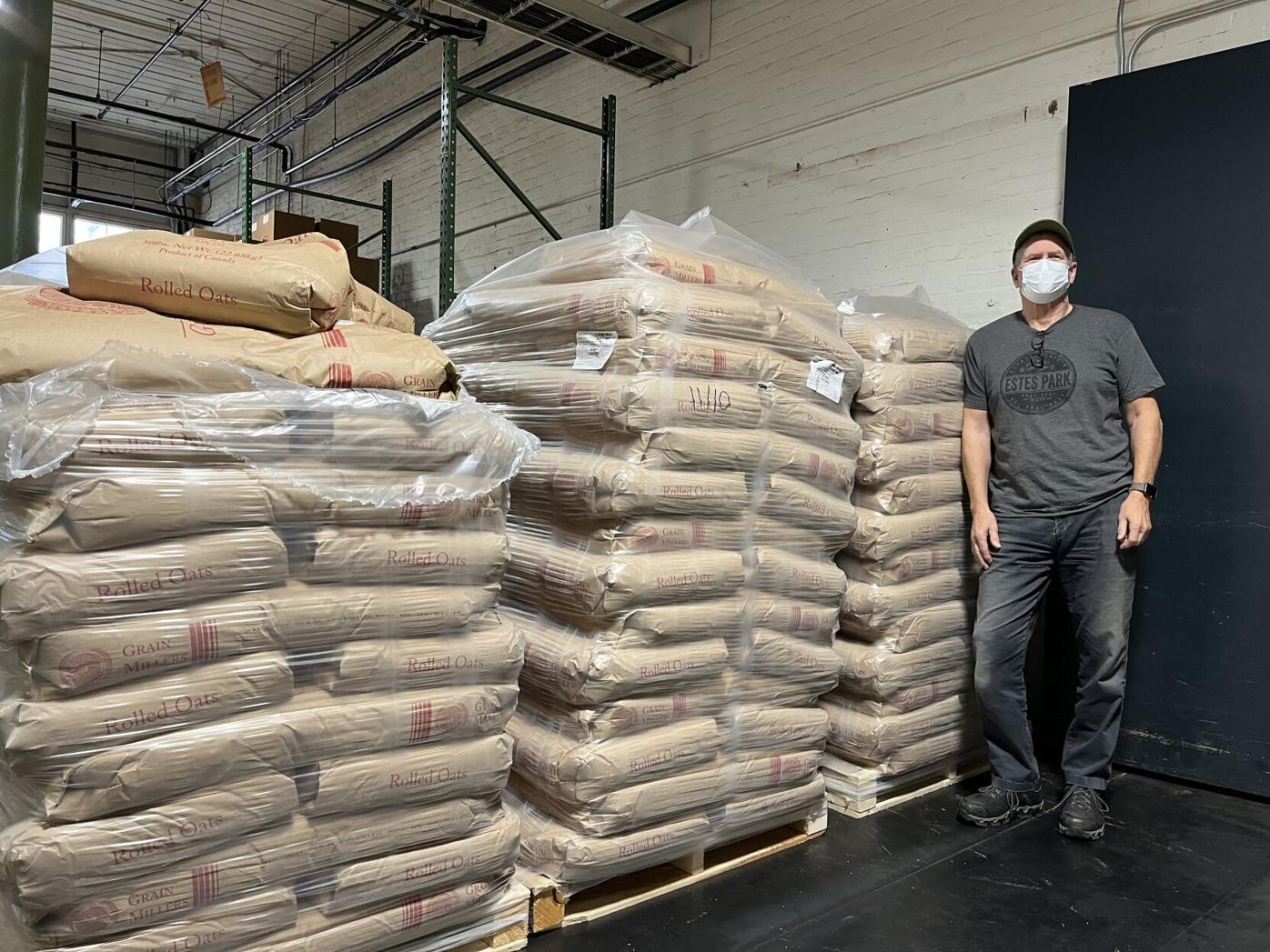 Workers prepare bags of granola at Back Roads Granola in Brattleboro on Wednesday, Nov. 17, 2021.

Prices across Vermont for everything from gasoline to Thanksgiving turkeys are climbing.

“We’ve done some minor price increases this past year to help offset those costs, but it may get harder to absorb while balancing increased labor costs, as well,” said Bill Daley, owner of Vermont Country Deli.

According to the Wall Street Journal, inflation hit a 31-year-high in October, with Americans paying more for a variety of different products and services. Labor supply and demand during the pandemic was cited as a major cause by Treasury Secretary Janet Yellen.

Business.org says about 89 percent of small businesses in the U.S. increased prices to counter inflation and about 64 percent reported difficulties in acquiring products needed to meet customer demand due to supply chain issues.

Brattleboro Development Credit Corporation (BDCC) Executive Director Adam Grinold said that through the pandemic, there has been a large divide between those who are continuing to struggle and those who have found ways to maintain employment or business operations. And, he said, an unprecedented amount of federal assistance has poured into Vermont’s economy to be used in unprecedented ways.

However, consumers are now seeing higher prices when filling up their car with gas, buying a turkey for Thanksgiving, picking up a tree for Christmas or shopping for the holidays. That will cause future economic impacts and make people adjust their spending because of the rising costs, Grinold said.

“Now, we’re also in a historic increase in wages, but is it enough?” he said. “So right when workers are starting to gain purchase power, we could see a setback that takes that away.”

Grinold said a big issue involves the “long-held business practice of lean operations, which calls for getting deliveries at the moment when you need it.”

“That system no longer works,” he said. Businesses now have to “completely redesign the way in which they receive their inventory to produce their product.”

“This year, we’re seeing increased demand for that space often driven by manufacturers or businesses who are saying in order to protect their supply chain, they’re needing to go out and purchase much larger quantities of what they require and store it to ensure they have it when they need it,” Grinold said. “Does that contribute to inflation? You have people going out and buying more, then having to store it. That storage needs to get passed on to the consumer. That’s a new expense they didn’t have, in order to protect their supply chain.”

Local decisions on purchasing are always based on an individual’s current and anticipated incomes, Grinold said. However, recent events make the current situation less predictable.

Grinold said the federal government initially indicated inflation would be temporary, but from all reports, it now seems likely to last for an extended period of time. He noted anyone importing or shipping items is seeing rising costs.

“We made a decision to not offer gift baskets this season due to lack of product and increased freight cost,” said Daley. “We’re hoping our customers understand and are flexible this holiday season. We strongly encourage customers to plan ahead this year in an effort to ensure they get the gifts they need.”

Back Roads Granola in Brattleboro produces, packages and ships thousands of pounds of granola each week. The company gets ingredients and supplies from throughout the U.S. and the world.

“Each one of our suppliers are dealing with increased costs and that is being passed directly on to us,” said Coral Cutting, director of finance and operations at Back Roads Granola.

“Climate changes have made many crops smaller and/or less desirable,” Cutting said. “There are labor shortages to harvest those crops, and then there are shipping delays and increased shipping costs.”

Often, Back Roads Granola will have to purchase extra pallets of goods just to ensure that it won’t run out of ingredients and supplies to fulfill orders.

“This causes more strain on our cash flow and creates space issues as we’ve already maxed out our 12,000-square-foot space here at the Cotton Mill Hill,” Cutting said, referring to the property rented from the BDCC.

See the full story at www.manchesterjournal.com.

“And although the BDCC is working with us to try and secure more space in the future, there are no short-term solutions in sight.”

Peter Vogel, co-owner of Back Roads Granola, said the company hasn’t raised prices for selling its products in about four years.

At 1A Coffee in Wilmington, the top priority has always been making sure coffee producers and farmers are making a sustainable and livable wage. Co-owner Brian Holt said that before inflation, he was paying about 300 to 800 percent above the commodity price for “exceptional coffees.”

“Even with another $1 or $2 increase in the price per pound to specialty coffee, we would hardly see an increase of more than 5 to 10 cents per cup,” he said. “We believe that our business and consumers can be happy to support these small increases for the opportunity to sip and enjoy some of these beautiful coffees. In the end, the specialty coffee model is less sensitive to these changes at a macro level.”

“It’s harder for businesses and it’s even harder for small businesses,” he said, noting that all chamber members are feeling the impact of economic woes related to supply chain issues, lack of workforce and inflation. “Our businesses are exhausted, to say the least, from two years in a row of a pandemic, and now comes a whole slew of challenges.”

Harrington has noticed local restaurants and businesses needing to temporarily close down because they had to wait on products due to supply chain issues.

“Unfortunately, due to our supply truck not showing up today and several staff call outs, Bennington Pizza House will be closed today,” the business said Tuesday via Facebook. “We will reopen tomorrow at 11 a.m. We appreciate your business. We will all get through these crazy times together.”

Harrington said businesses also are changing their hours of operation in response to challenges. At the same time, he added, lodging properties are still booked to capacity during a time that is usually a calmer period before ski season begins.

“I think it’s probably a balance of still that bottleneck, what I’m hearing across the nation, people have saved up and want to take that vacation,” he said. “I think potentially they want one last hurrah before winter shuts everything down. And then I would just say there’s a frothiness to people spending.”

Vogel believes consumer spending continues to increase despite inflation, which he said has to do with changes in lifestyles. People may be spending more time in their homes than out and about, he said.