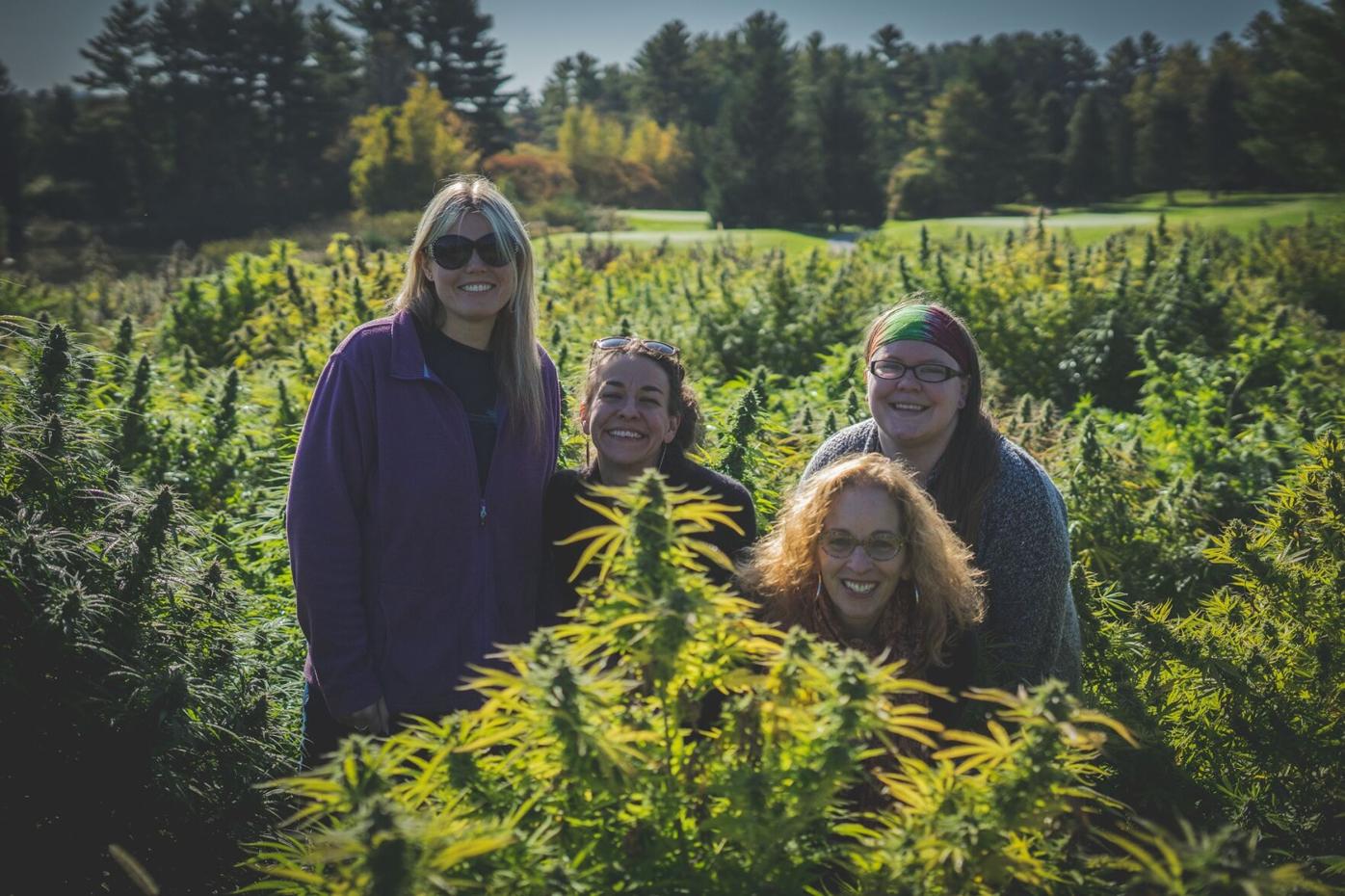 The Heady Vermont team outdoors before The Headies: Growers Cup 2020 at Lang Farm in Essex. Continuing an annual tradition of both gratitude for service and healing of the physical and mental trauma of war, Heady Vermont will be hosting its fourth annual Veterans Day Cannabis Giveaway on Sunday. 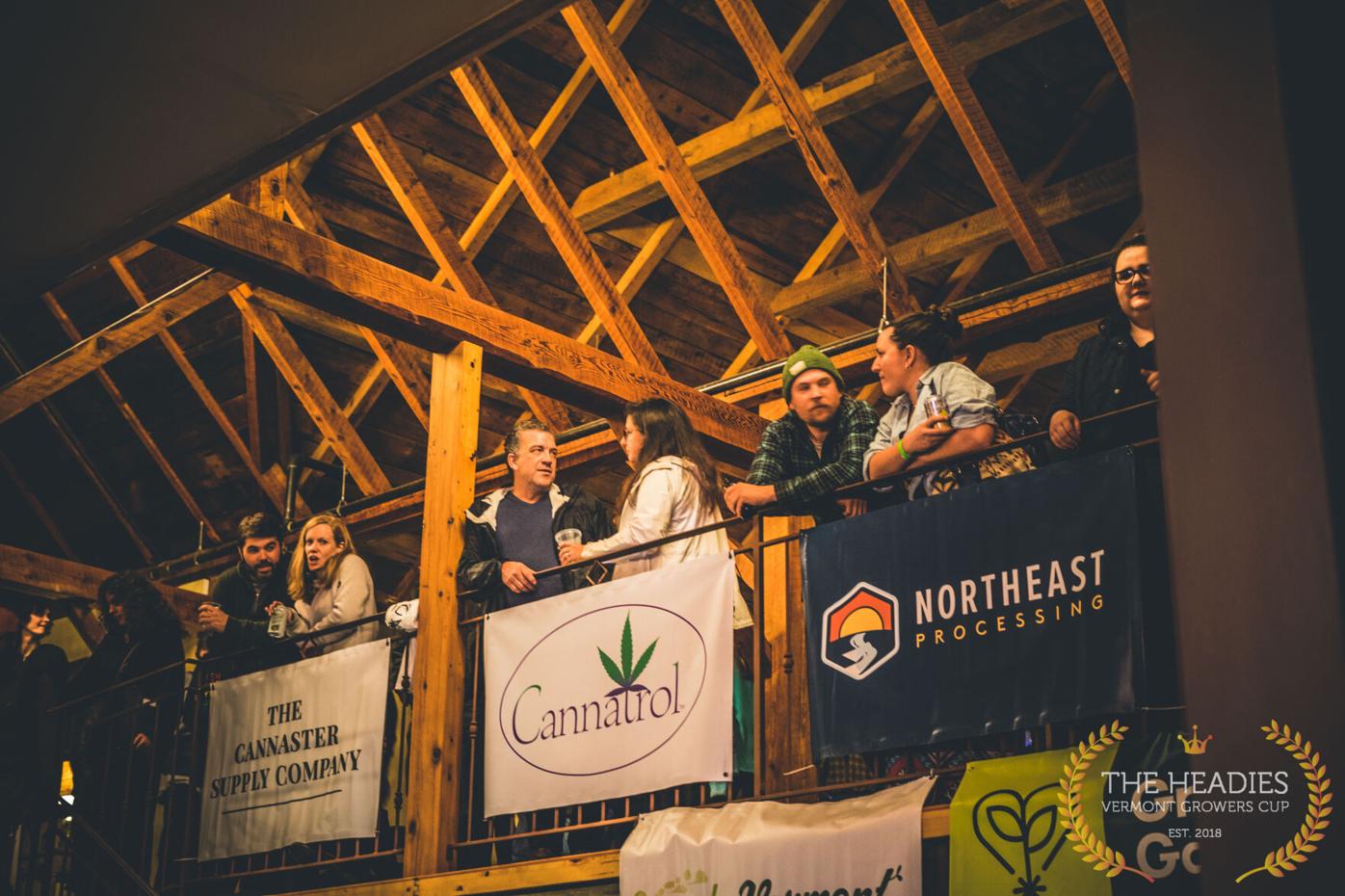 Fans enjoy The Headies awards in 2020 at the Lang Farm in Essex. 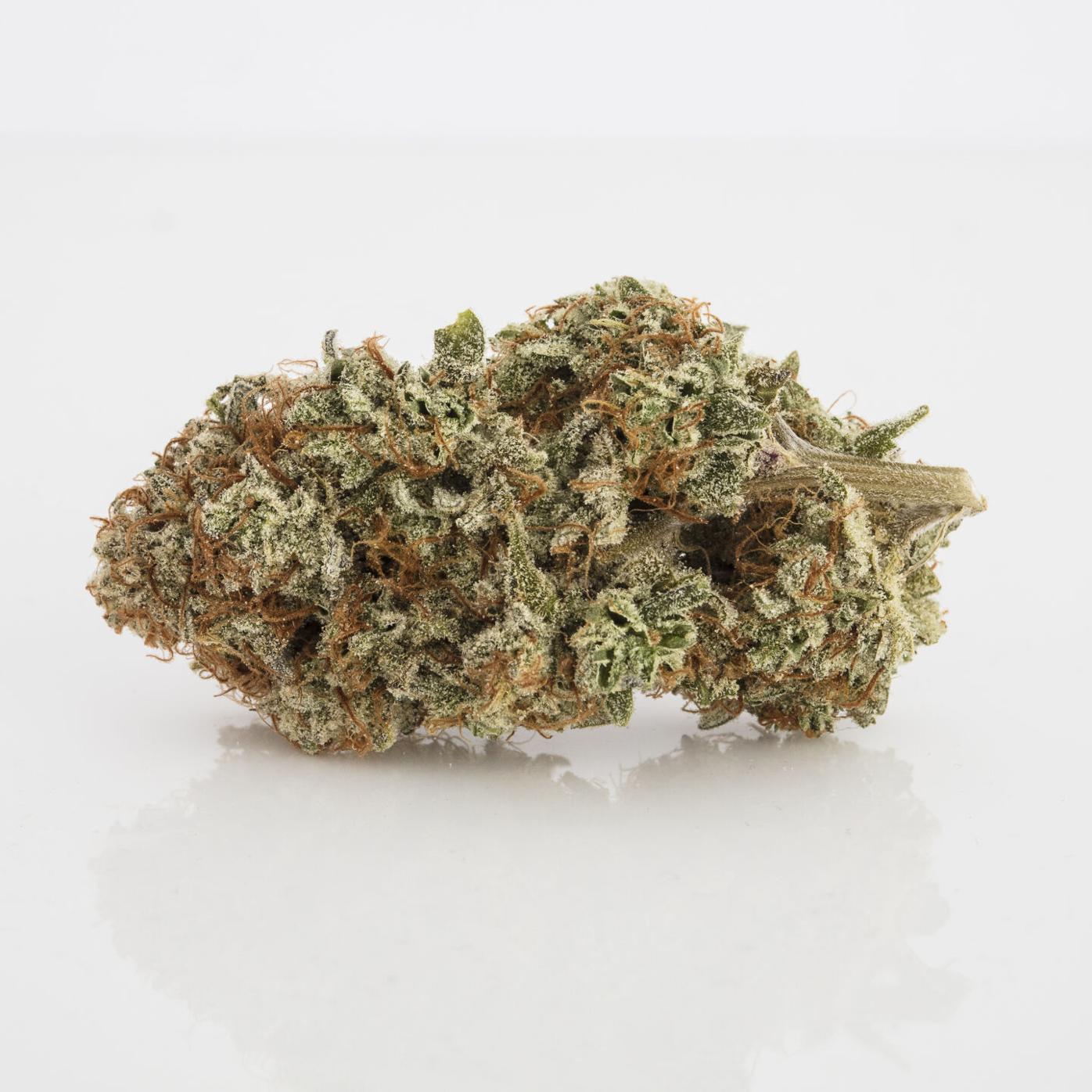 An entry of indoor-grown flower for the 2020 Headies. 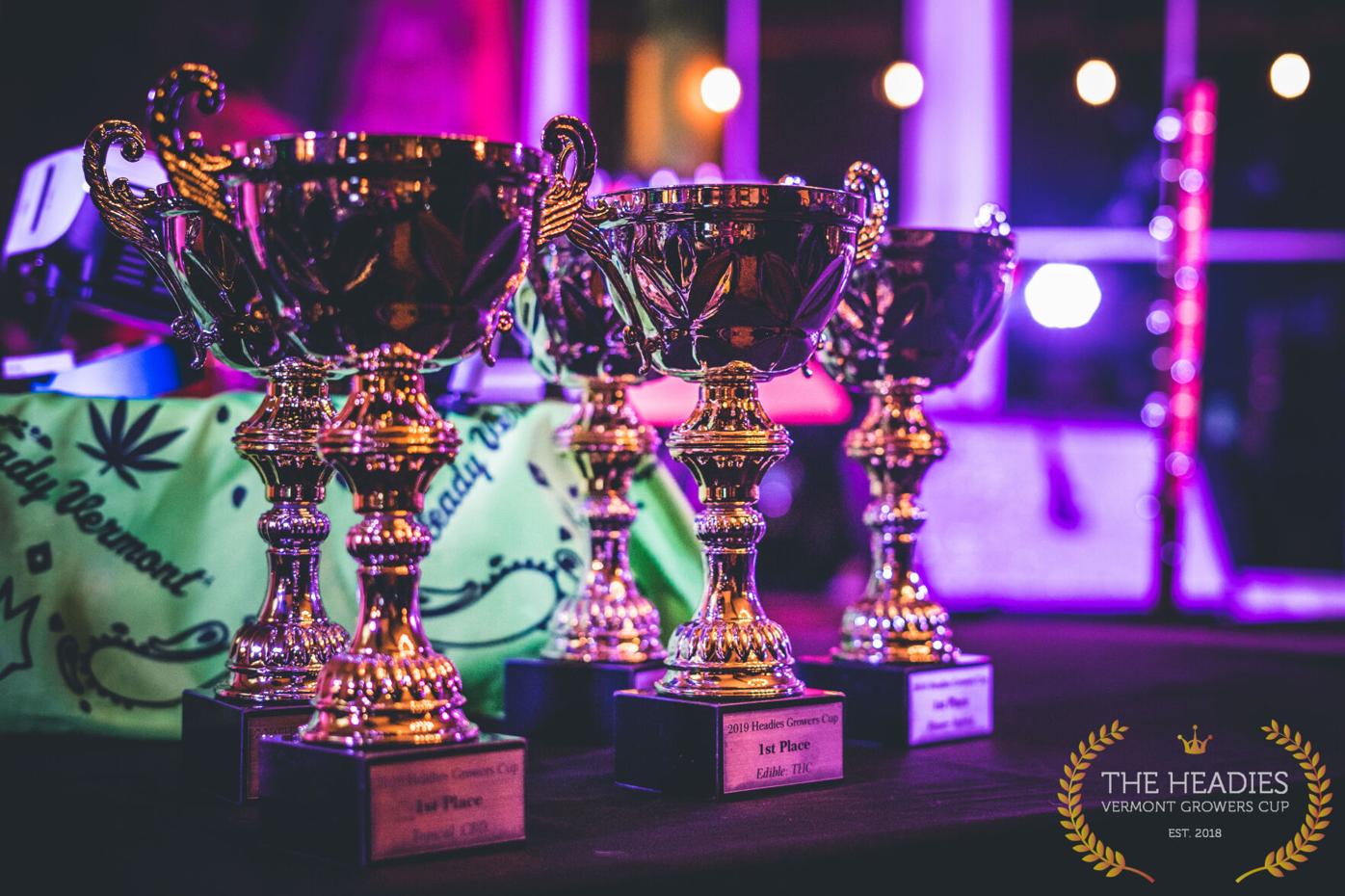 Some of the awards at The Headies: Growers Cup 2020 at Lang Farm in Essex.

The Heady Vermont team outdoors before The Headies: Growers Cup 2020 at Lang Farm in Essex. Continuing an annual tradition of both gratitude for service and healing of the physical and mental trauma of war, Heady Vermont will be hosting its fourth annual Veterans Day Cannabis Giveaway on Sunday.

Fans enjoy The Headies awards in 2020 at the Lang Farm in Essex.

An entry of indoor-grown flower for the 2020 Headies.

Some of the awards at The Headies: Growers Cup 2020 at Lang Farm in Essex.

Vermont CBD and THC enthusiasts, and cannabis investors, will find this news to be most righteous.

With legal retail cannabis just around the corner in 2022, the Vermont online authority for all three, Heady Vermont, just announced an extensive relaunch of its operation and online platform. In part because of the pandemic, Heady Vermont will shift from an events-focused business to a more content-driven one, business founder and CEO Monica Donovan said this week.

For those seeking the latest articles and reports on the cannabis, hemp and CBD industries, the web-based portion of Heady’s re-launch includes an expanded news section, which will feature stories from experts and businesses in and outside of the industry.

But loyal fans of Heady’s gatherings shouldn’t worry — not all its events are disappearing. The Headies: Vermont Growers Cup will make an appearance next year. And something new is on next year’s roster, as well. From Oct. 1 through 8, 2022, the cannabis media company will launch a new multiday event, Vermont Cannabis Week.

It will be an event meant to pull in important businesses and retailers. Donovan said it will give visitors in Vermont a little bit of a roadmap of the cannabis community in the state.

With the legal weed marketplace opening next year, many growers are looking to network and establish industry standards.

Heady Vermont has a role to play in that, Donovan said. In a statement on Heady’s re-launch, she said, “Heady has been, and will continue to be, the best place to provide important education, insights, news and networking for this community.”

She also emphasized that it’s an exciting, electric time for Vermont cannabis growers.

“The potential for interstate revenue is really, really high. This is where we have the advantage: Vermont is already known for its craft products — maple syrups, really good cheese. I think it’s going to be relatively easy to bring craft cannabis into that fold,” Donovan said.

What’s next for Heady?

Between tourists and in-state residents who are only comfortable consuming weed when they can buy from a legal dispensary, businesses might be looking at new or increased demographics of consumers.

“There’s a whole untapped market,” explained Donovan. “And that’s why people get so excited about the industry. You never get the chance to have this completely new audience and customers spending money.”

And Heady Vermont wants to make sure everyone benefits from the changes coming to the world of legal retail cannabis, especially those historically targeted for their use of cannabis. She referenced people of color and people who face economic disadvantages from a broken social and cultural safety net in the U.S.

“We try to put a face on those people,” she said, explaining that Heady often runs stories about people whose experiences with cannabis might normally be overlooked. “We both highlight stories or profiles of people impacted, and then we also try to pay attention to the policy side and report on it pretty rigorously.”

That’s a good thing for the public, since the policy end of the cannabis community is seeing a lot of change. The state’s Cannabis Control Board is expected to release recommendations about how many adult-use licenses should be issued — and information about how much those licenses will cost — on Friday.

Original seed was planted in 2014

The original seed for Heady Vermont was planted in Colorado, though. Donovan took a trip there with her partner in 2014, where she attended a trade show. She was fascinated by the excitement there, and by fall 2015, Heady Vermont had hosted its first event at The Skinny Pancake in Burlington.

Heady threw its first hemp fest a few months later, and “hundreds of people made their way out to the Northeast Kingdom, which is in the middle of nowhere.” She was amazed by the response, and the ball was rolling.

Now the organization champions growers and businesses all over the state, including Southern Vermont. Donovan, who worked as a staffer for the Bennington Banner from 2006 to 2007, expressed her love for the region. “There are some really phenomenal growers down there,” she said.

Heady also has connections to Brattleboro’s Vermont Hempicurean, another business that’s looking forward to growth in the coming years.

Recently, Heady Vermont-affiliated Vermont Cannabis Solution held a networking event in Proctorsville, part of nearby Windsor County. There, attorneys from Cannabis Solution — the only law firm in the state that specializes in weed — explained adult licensing updates to the public.

Prior to the COVID-19 pandemic, in-person events were the thing. Now, it’s a different game for outreach to residents, visitors to Vermont and businesses here and out of state.

“We really reimagined the whole model, turned things upside down, stripped everything away and started from scratch,” said Donovan. “We looked at what we had, what worked and what didn’t. And we discovered that we had good bones, and we had a really good content-driven model that we could use.”

For Burlington-based Heady Vermont, the pandemic coincided with a brief hiatus for the organization and its founder; it came after a hard-fought battle for legalization of retail cannabis, and Donovan said she was ready for the much-needed break.

It was during this downtime that she conceived of the revamped Heady Vermont platform, which you can see for yourself at headyvermont.com.