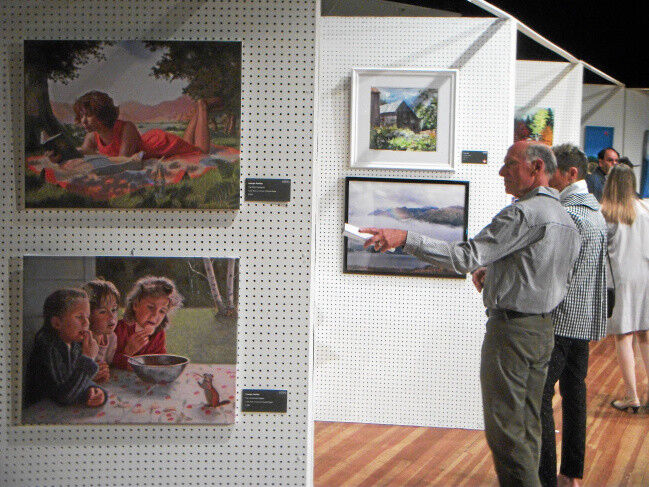 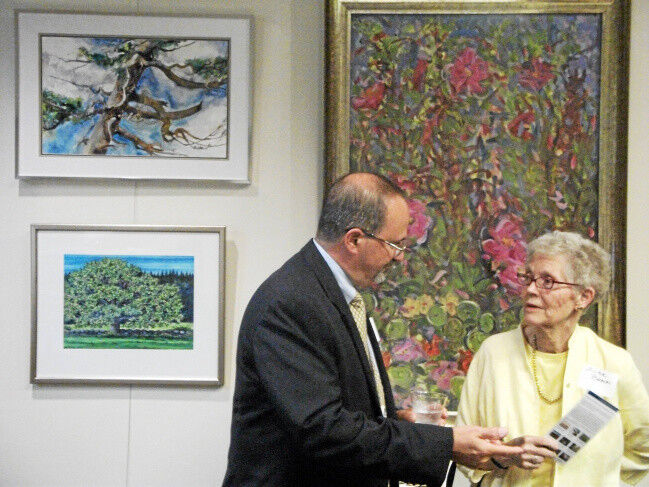 MANCHESTER — The last time Vermonter Susan Sebastian was hospitalized for lifelong health problems, she set her mind on seeing past the sterile walls fencing her in.

"When I get out of here," she told her mother, "I am going to sell my house to buy art for patient rooms."

"I didn't forget her words," Elise Braun recalls, "and I did have to sell her house."

So begins the story of the Susan Sebastian Foundation, a mother's living memorial to her daughter that, with its weekend gift to Bennington's Southwestern Vermont Medical Center, has just finished placing art in each of the more than 1,000 patient rooms of the state's 14 hospitals.

"We were unaware of this project and discovered we were the last link in the chain," SVMC spokesman Ray Smith said after receiving some $50,000 in art for its 54 patient rooms. "It's such a sizable donation — it just blows you away."

Sebastian, born in Brattleboro in 1956, grew up in Stowe and graduated from its local high school in 1975 before moving to Massachusetts and marrying her husband, Jim. The two were about to celebrate their 20th wedding anniversary when he suffered a heart attack and died in 2004, leaving her alone to fight her own series of health problems.

Sebastian's mother doesn't elaborate other than to say "things just went on and on." Moving her daughter back to Vermont, she recalls the two of them sitting in hospital after hospital.

"She had lots of art in her home and many of her friends were artists," Braun says. "It made her furious that there was art for visitors in the corridors but not in the patient rooms."

And so when Sebastian died in 2009 at age 52, Braun shared her daughter's wish with retired Williston lawyer Gilbert Myers, who helped her start the foundation. Inspired by Dr. Esther Sternberg's book "Healing Spaces: The Science of Place and Well-Being," Braun and Myers began shopping Green Mountain galleries for original works of art and photography.

"Spring, summer and fall scenes," Braun says. "It gets you out of the room, it makes you feel like you want to get better. Usually I ignore winter scenes. Vermonters see a lot of winter."

Hospital leaders typically don't receive calls from people offering such large gifts. Perhaps that's why Brattleboro Memorial Hospital, which accepted its art two years ago on the 58th anniversary of Sebastian's birth there, responded with one word that sums up everyone else's reaction: "What?"

Although the foundation isn't reporting how much it has spent, Newport's North Country Hospital estimates it received $15,000 in paintings and photography, while Central Vermont Medical Center values its gift at $20,000 and Middlebury's Porter Medical Center appraises its art at $30,000.

SVMC decided to express its appreciation by inviting Sternberg, the doctor who wrote the book that inspired Sebastian's mother, to a "Healing Power of Art" exhibit of its paintings this weekend at Manchester's Southern Vermont Arts Center.

"I am in awe and admiration at how you've taken the words I put on paper and put them into this project," Sternberg told Braun, who's receiving treatment for cancer and attended the event via Skype. "The scope and scale is something I've never heard of. Susan Sebastian has left an incredible legacy that will help so many others. The impact you're going to have is remarkable."

And extends to all involved.

"I've been in every hospital in the state of Vermont," Myers says, "and met a lot of lovely people."

Braun, for her part, has drawn life from her daughter's dying wish.

"This," she says, "is an important part of the healing process."

Kevin O'Connor can be contacted at kevinoconnorvt@gmail.com.