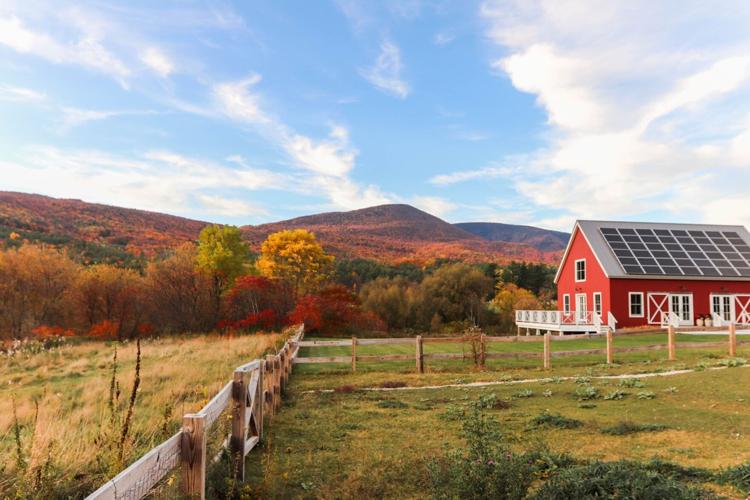 Hill Farm, though a generations-old dairy farm and guest house in Sunderland, is no longer a dairy farm and, after undergoing a nearly 10-year renovation at the hands of its owners, Anne and Don Pollard, it has recently been reborn as Hill Farm by Sagra. 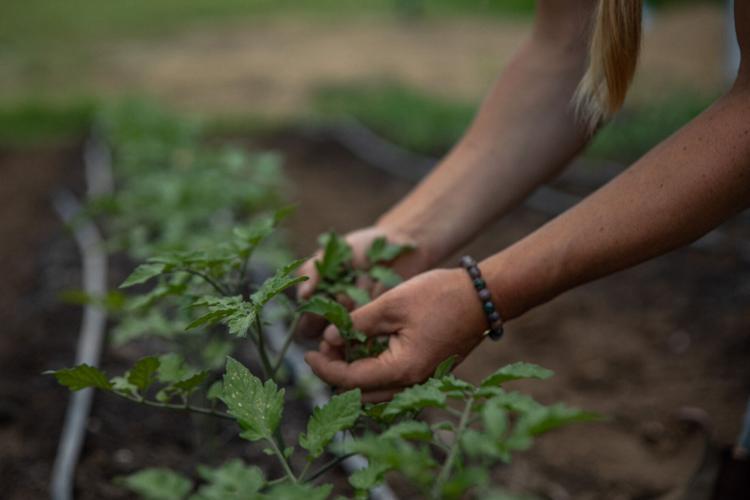 Sagra, a company founded by David Rust, Kathryn Arffa and Jason Grauer, partnered with Hill Farm to bring a new, experience-based restaurant to the area.

Hill Farm, though a generations-old dairy farm and guest house in Sunderland, is no longer a dairy farm and, after undergoing a nearly 10-year renovation at the hands of its owners, Anne and Don Pollard, it has recently been reborn as Hill Farm by Sagra.

Sagra, a company founded by David Rust, Kathryn Arffa and Jason Grauer, partnered with Hill Farm to bring a new, experience-based restaurant to the area.

SUNDERLAND — Though the term “farm to table” has been around for decades, spawning the first restaurant featuring such lingo in the early ’70s, many Vermonters have been practicing this for generations and longer.

Hill Farm, though a generations-old dairy farm and guest house in Sunderland, has taken center stage as the newest kid on the block. No longer a dairy farm, it opened its doors to guests in the mid-1800s and, after undergoing a nearly 10-year renovation at the hands of its owners, Anne and Don Pollard, it has recently been reborn as Hill Farm by Sagra.

Sagra, a company founded by David Rust, Kathryn Arffa and Jason Grauer, partnered with Hill Farm to bring a new, experience-based restaurant to the area. Having found the perfect setting at the base of the Equinox Mountain Valley, adjacent to the Battenkill River, the beautiful scenery set their creativity on fire. How could it not? Having pioneered an experience-based program in California once before, they’ve applied the same approach here in Vermont, incorporating the history, character and charm of the community.

With a goal of facilitating an educational experience for guests who will not soon forget it, they have implemented foraging and edibles classes, ceramics and may even have a yarn weaving class in the works. Happy to share their customers with fellow growers, they urge their guests to explore neighboring farms and the rest of the community, as they all seem to share a common goal: to facilitate an education about how food is grown and harvested so that we might all become a bit more self-sufficient.

When the pandemic rang out, panic struck many of us. We ran to the grocery and fought each other over the last pack of toilet paper. Only under these circumstances did it occur to us how vulnerable we really are. After decades of a prosperous economy featuring an unstoppable upward trajectory that barely hit a precipice during the decade prior, suddenly money didn’t carry as much weight as it had. Social status would get you nowhere.

Precipitously, the most valuable jobs in the nation were those that we had taken for granted since the beginning of civilization: health care and farming. Many of us didn’t know how to grow a single thing. We had no idea how to preserve it or to get it on our own. With the threat of the supply chain in limbo, we did what we felt was necessary. We did what was instinctual. We hoarded.

Hill Farm by Sagra sounds like an experience like none other — but it feels like it has deeper implications than just a vacay in our beautiful green mountains. Cultivated to share many aspects of the farm with its guests, the restaurant delights with decadent delicacies, most of which are tailored using locally sourced produce and meats.

By partnering with Hill Farm, Sagra has made a bold move in attempting to integrate itself into the community and its history. Vermonters’ approval is hard to win, especially if you’re in the business of wining, dining and pleasing tourists. This group feels different. In speaking to Kathryn Arffa, she puts on no airs, though with a master’s degree from Yale, she could if she wanted to. She’s teamed up with David Rust, one of the first 25 employees at Lyft who made the Forbes “30 under 30” list, to found the company. While that may mean little for the locals, it means that he could have gone anywhere and done anything. He has obviously put some time into thinking about where he wants to build a business and Southern Vermont has won.

He’s chosen wisely and anyone who has spent a winter in Vermont knows he’s right. There’s a hardworking integrity about Vermonters that is passed down through generations. Vermonters are bold, yet oftentimes seem to have little to say. They know their stuff, but don’t flaunt it. Many Vermonters work a number of jobs and keep quiet unless they’ve had a couple of beers. They obey rules when they want to, but not too often, if possible, and they don’t accept just anyone. It’s a hard life, Vermont. It may be hard to get to know people here, but once they let you in, they’re your friends for life. I should know. As a transplant from Florida, it took over a winter to win cautious affection from the locals, but 35 years later, I still consider many of them family.

That’s the Vermont that Rust, Arffa and their co-founder, Jason Grauer, who ironically serves as the crops director at the Stone Barns farm in New York, want to bring to their guests. Having brought on Austin Poulin, a Vermont native, as their chef, they’re not playing games. Poulin returns to his neck of the woods via Washington D.C., where he worked at Albi. He also worked at the restaurant Blue Hill at Stone Barns in Tarrytown, N.Y.

They plan to mix it up. Currently serving family style, promoting a sense of culture and community, they will move to an ala carte menu in the coming weeks and will be open on Thanksgiving Day. They’re getting positive reviews, thanks to small town word of mouth. and Many of the locals are excited to have another well-thought-out watering hole in town.

Though farm to table doesn’t always mean it’s healthy (they’ve got some mean-looking pastries and desserts on their menu), they certainly are taking quality into consideration. Harvesting seasonal fruits and veggies and preserving them for the winter, Grange (the restaurant) at Hill Farm by Sagra, is just getting started.

Courtesy of Chef Austin Poulin of Grange at Hill Farm

• 1 cup of tahini to emulsify

Toss peppers in oil and salt in a bowl.

Bake the peppers at 450° F on a parchment lined baking sheet until skins show signs of browning and the peppers are fully cooked.

Remove from heat and transfer into bowl and cover so the peppers continue to steam.

Once cooled, peel skins and deseed the peppers.

Blend peppers, garlic, vinegar, and lemon in a blender until smooth.

With blender on high, slowly drizzle in tahini. The sauce will emulsify.

Add salt to taste and enjoy!

From the chef: “This is one of my favorite sauces this time of the year. We are getting these sweet carmen peppers here at Hill Farm in abundance, so we roast and can them and save them for this sauce. By doing this, we can have the peppers into the winter months. This sauce can be used on greens, rice bowls or even breakfast sandwiches.”

Katharine A. Jameson, a certified nutrition counselor who grew up in Williamsville and Townshend, writes about food and health for Vermont News & Media. For more tricks, tips and hacks, find her on Instagram: