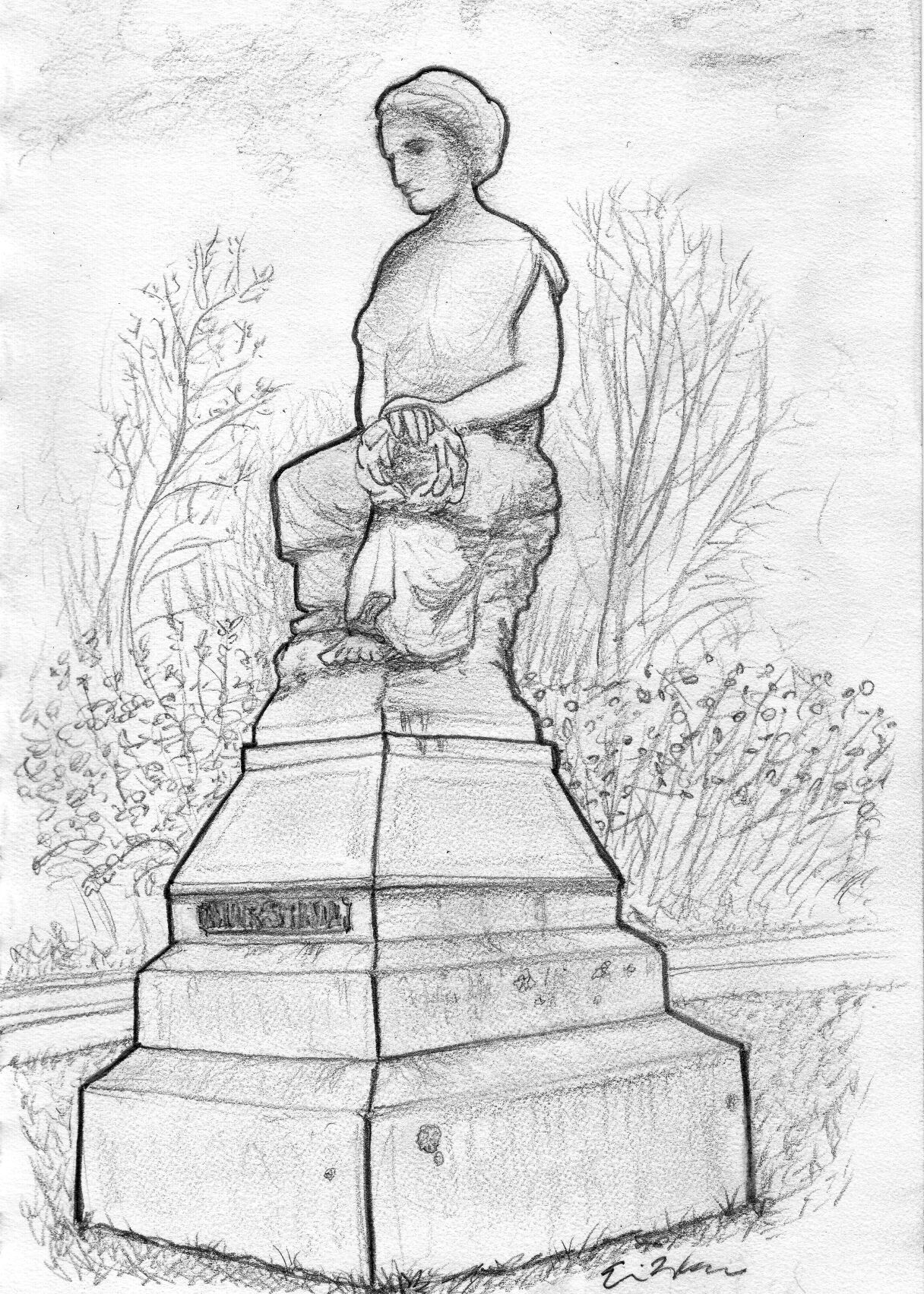 The monument commemorating Winifred Hadley, who died at age 17 in 1884. 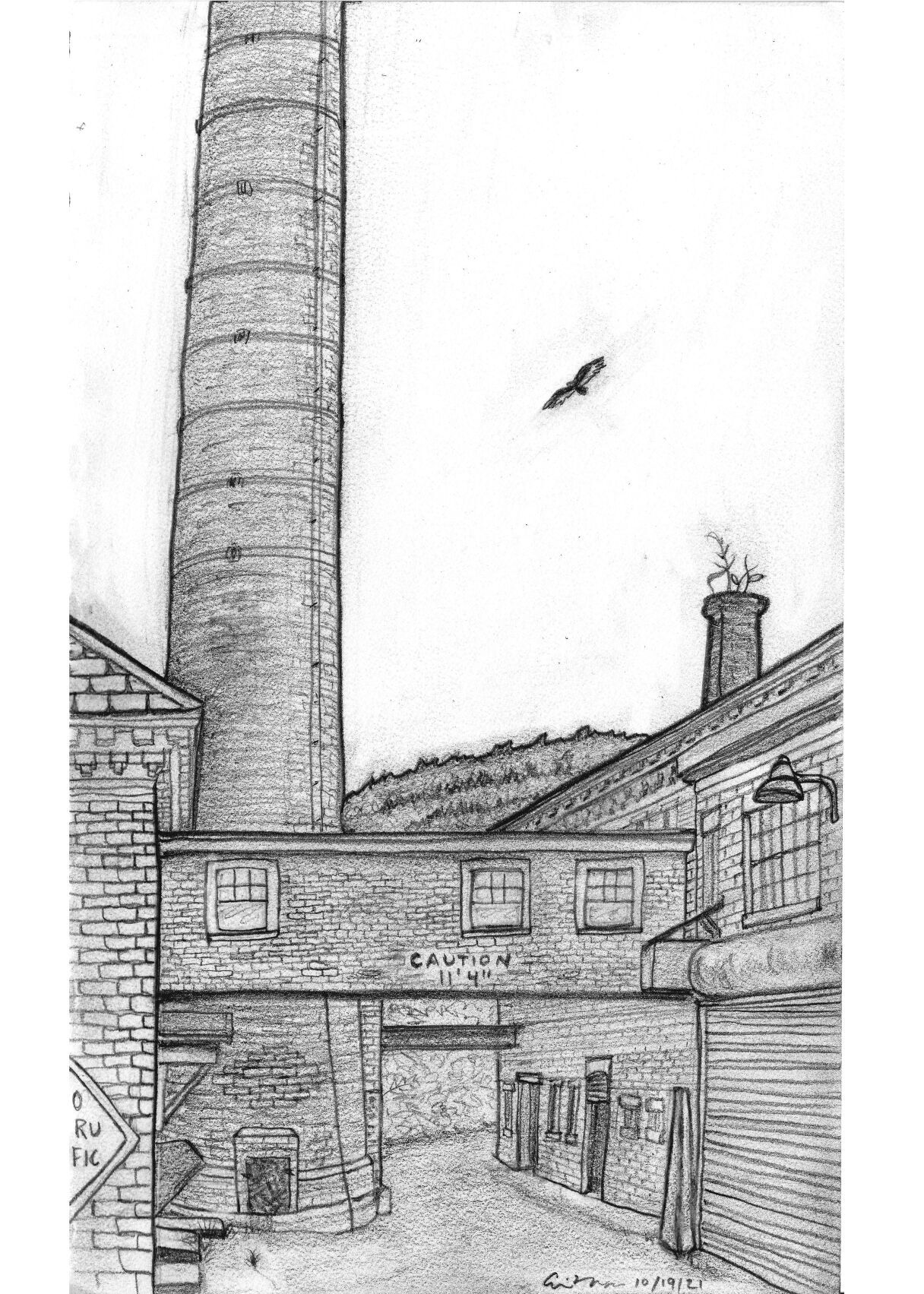 The smokestack and facilities alley of the Brattleboro Retreat. 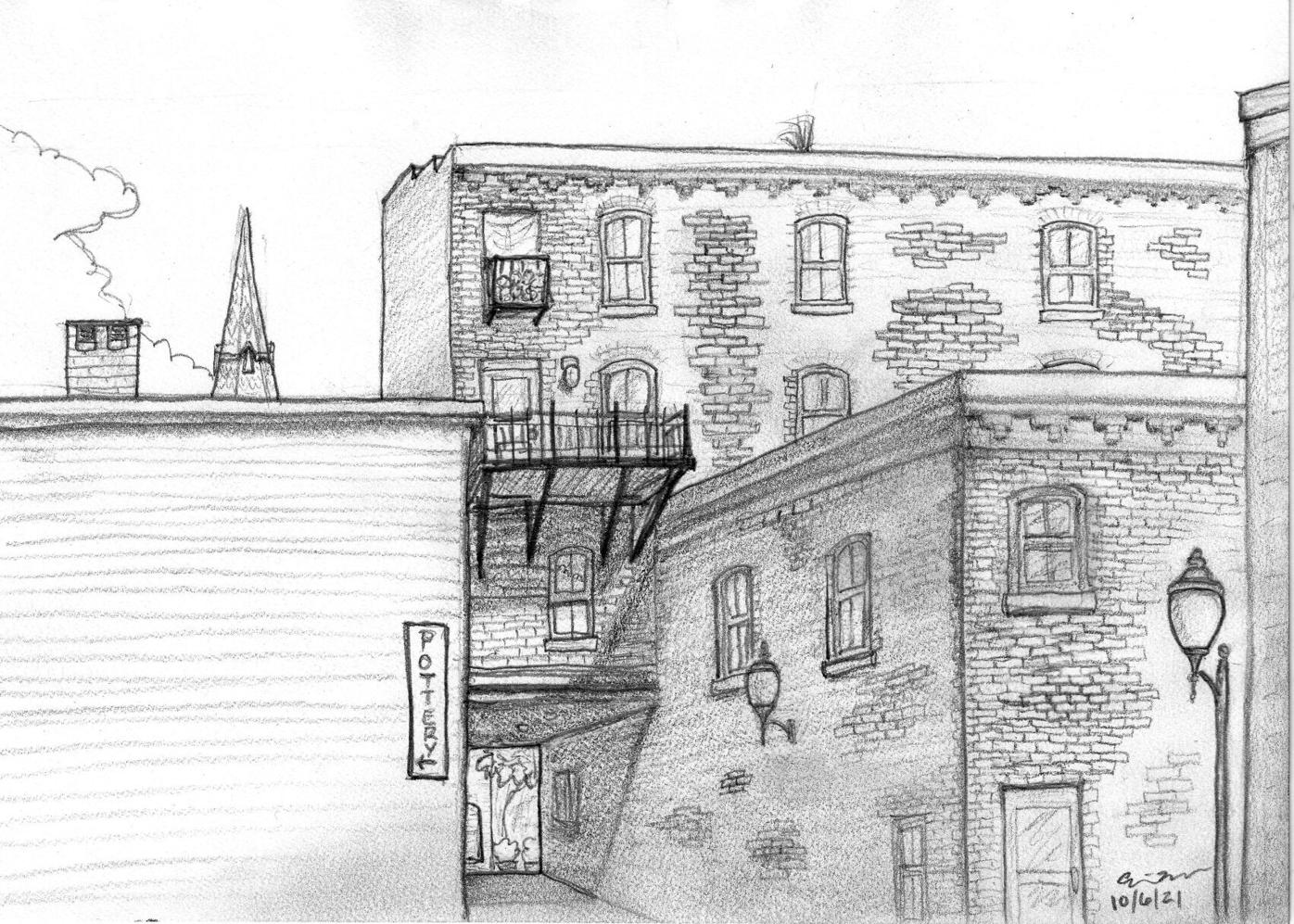 Pedestrian alley in the Harmony Lot and rear view of the Brooks House.

The monument commemorating Winifred Hadley, who died at age 17 in 1884.

The smokestack and facilities alley of the Brattleboro Retreat.

Pedestrian alley in the Harmony Lot and rear view of the Brooks House.

BRATTLEBORO — Erin Weaver is on a quest.

For the past couple of months, the 39-year-old Brattleboro resident has set out to turn her favorite parts of town into storybook-style illustrations. She has captured sights including the Hooker-Dunham alley, the Retreat smokestack, a view of downtown from the railroad tracks and the gravestone of a 19th-century teen who died of typhoid.

Using thick, black pencil lines, Weaver emphasizes “what I want other people to notice about what might be a mundane corner of a building, or something.”

Other drawings emphasize the shadows on Birge Street and the design of an old fountain in Morningside Cemetery.

“It is the most satisfying thing, to set out in the morning and just walk until something makes me stop and draw it,” she said.

Weaver has lived in Brattleboro for 10 years, having moved here shortly after Tropical Storm Irene. She is unemployed due to the pandemic, and with her children back in school, she said she is making a point to do things she has long meant to do.

She has been sharing her recent work via social media, including in the Brattleboro, Vermont, Facebook group, where her art has been met with many compliments. She said people have asked if she does commissions, or if she would design a tattoo. One commenter suggested she create a coloring book.

“It’s been great. I’ve really enjoyed posting the handful that I have,” she said.

Brattleboro resident Cary Storm is among those who have taken notice of Weaver’s drawings via social media.

“She’s everywhere drawing. It’s been amazing,” she said. “It’s such a beautiful town. It makes total sense to want to draw it.”

Weaver’s work can be viewed and purchased on Etsy, etsy.com/shop/StreetSketches.