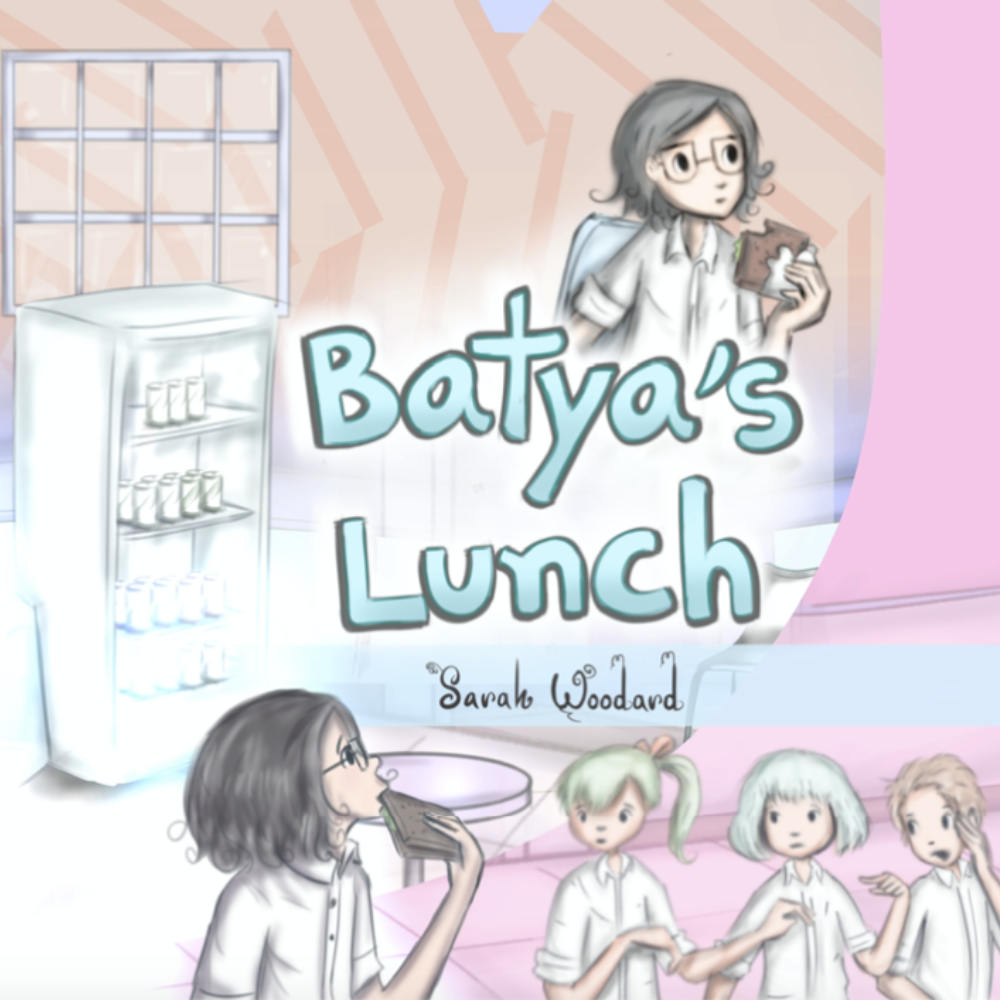 "Batya's Lunch," by Sarah Woodard, is inspired by the author's experience as the only Jewish student in her class. 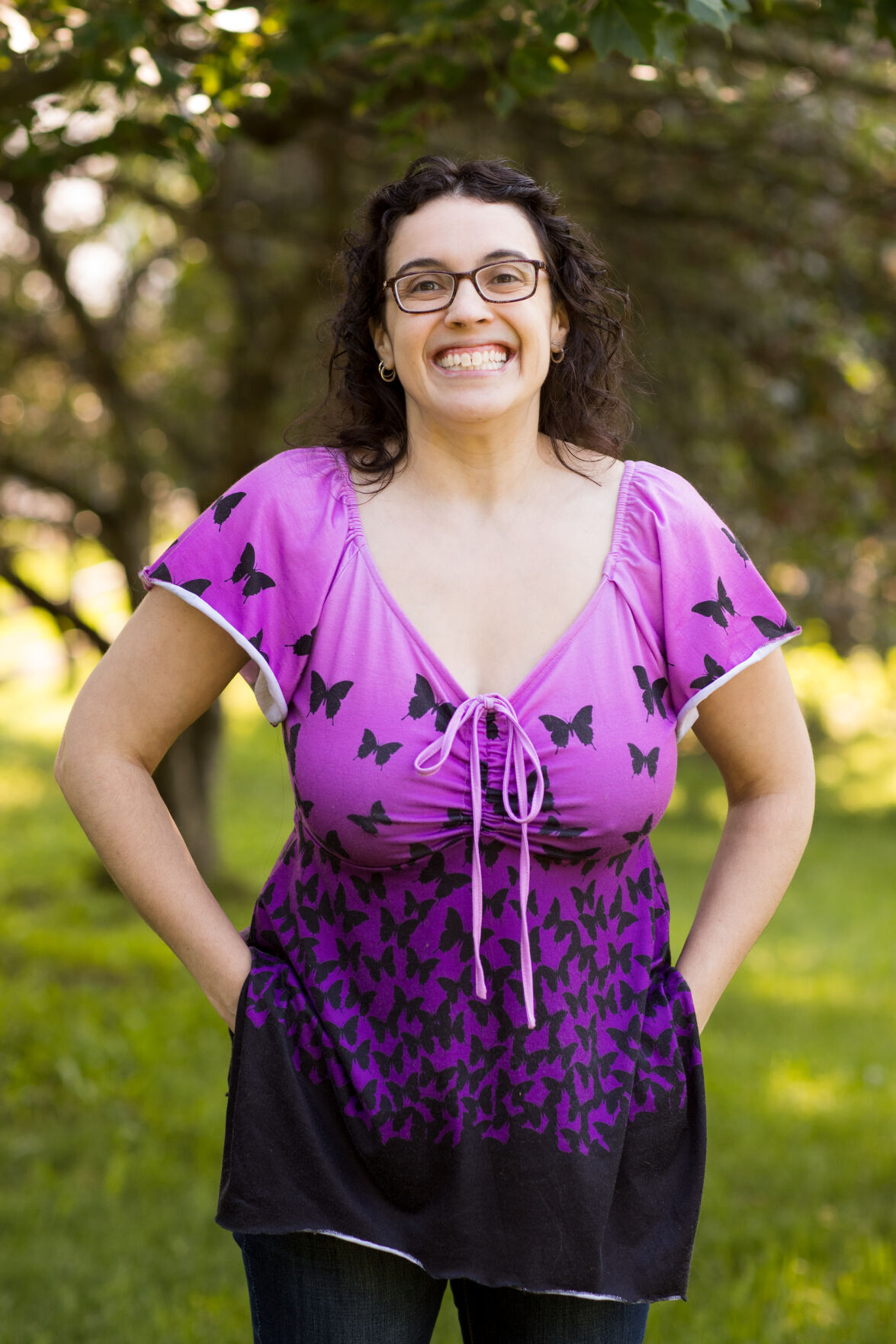 Sarah Woodard is a children's book author who lives in Newfane.

"Batya's Lunch," by Sarah Woodard, is inspired by the author's experience as the only Jewish student in her class.

Sarah Woodard is a children's book author who lives in Newfane.

NEWFANE — Like herself growing up, local author Sarah Woodard’s title character in her latest children’s book “Batya’s Lunch” finds she’s the only Jewish kid in her class.

“So at lunch, you know, she gets picked on because her food is different,” Woodard said. “For Passover, her food is even more different.”

During school lunchtime in the story, Batya sees all Christmas decorations and none for Hanukkah. She starts to felt isolated and speaks with a trusted adult who takes her to talk with the cafeteria workers, Woodard said.

When Batya asks them why there’s no decorations for her holiday, the cafeteria workers say they will put them up if she makes them.

“That’s my life right there,” Woodard said. “That was my elementary school.”

Woodard recounted going to her guidance counselor when growing up in Hopkinton, Mass., and they approached cafeteria workers, who ended up helping her make a sign for the holiday. She said she feels it is an important story to tell because students in many parts of the country feel isolated due to their differences.

“Batya’s Lunch” was written a while ago. Woodard said she feels the story is even more important now, in light of the Townshend Select Board and West River Education District School Board recently complying with requests from the community to come out with statements against hate after a Nazi flag went up in a yard.

An Instagram post from the author says the book offers a lesson in “empowerment, culture and acceptance.”

As a child, Woodard said, her parents changed synagogues for a variety of reasons. Her mother later converted to Christianity.

“While that works very well in some families, in my family, it did not,” Woodard said, adding that she and her sister became “pawns in our parents’ battle for the soul.”

Woodard said she had a bat mitzvah but later decided she didn’t want be involved with religion. Later, she came back to Judaism after a rabbi spoke at her grandfather’s funeral about how her grandparents always maintained a connection to the synagogue even after the children were out of the house because they understood the importance of Jewish community.

That prompted “a slow process of me creeping back into the culture and these belief systems,” Woodard said.

For her books, which she self-publishes, Woodard works with an editor and an illustrator, Carlos Lopez.

“My work would have no life without them,” she said of Lopez’s drawings. “They would just be words on a page. The kids would be like, ‘That’s nice but where are the pictures?’”

The socially conscious stories Woodard develops are not always pulled from her own life experiences. Many of them are inspired by stories she sees circulating on social media or something she gleans from a television commercial.

“More recently,” she said, “I’ve been digging into my own personal stuff a little more. There are stories everywhere and honestly sometimes, the hardest part is finding which one to tell next.”

Woodard said she currently has a backlog of 40 books written and edited. She decides which one to Lopez to take on next.

Woodard said she thinks of her books as “ambassadors.”

“I personally by myself can’t change much of anything,” she said. “I can have my say and maybe sway one or two people.”

Her books, she said, have the potential to make change, the more people read them.

Woodard moved to Newfane in January. She said she would like to hold author events but it is difficult to navigate organizing events with the COVID-19 pandemic going on.

Her books can be found at or ordered through local stores, such as Everyone’s Books and Galanes Vermont Shop in Brattleboro and The Newfane Store in Newfane, and can be found on Amazon.com. Her work also can be supported by joining patreon.com/Sarahwoodard.